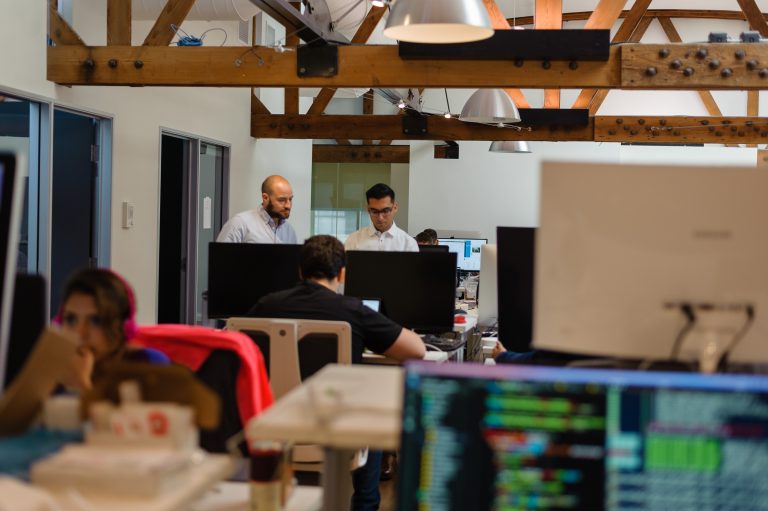 Convincing the U.S. Securities and Exchange Commission (SEC) that the Ethereum blockchain is an acceptable medium to store regulated investment funds was no easy task for Mason Borda of Tokensoft.

The CEO of this Bay Area tokenization firm spent over two years crusading for a peer-to-peer tradeable fund. Borda developed compliance-appeasing token standards, hired regulatory veterans to lead his transfer agent subsidiaries and even moved Tokensoft into the same San Francisco high-rise as the SEC’s West Coast enforcement wing (albeit on a different floor).

The effort paid off earlier this month: in early July, the SEC granted a notice of effectiveness to ArCoin, a cryptographically-traded U.S. Treasury Fund pursued by digital asset manager Arca Labs and designed by Tokensoft. It’s the first Ethereum blockchain-native investment fund registered under the Investment Company Act of 1940 (a so-called ‘40 Act Fund).

ArCoin’s registration marks a shift in the regulator’s tolerance for public blockchain investment vehicles, Borda said. He and Arca CEO Rayne Steinberg both said ArCoins could light the way for future offerings with similarly decentralized structures.

But regulatory filings capture just how hard-fought first that victory was.

Arca signaled its earliest interest in offering a U.S Treasury Fund in an SEC filing from November 2018. Over the next 605 days, it filed volleys of prospectus amendments as nearly 10 different evolutions of what would eventually become ArCoins repeatedly hit a regulatory wall.

Steinberg said there was no guarantee his firm’s costly regulatory campaign would ultimately prevail.

Tokensoft signed on as Arca’s tokenization specialist in July 2019, Borda told CoinDesk. Even then, a full year passed before ArCoin finally cleared that regulatory wall.

“This took a lot of backchanneling with the SEC,” Borda said.

Borda said one benefit of running a compliance-focused tokenization firm from his high-rise in San Francisco’s Financial District is that SEC regulators asking questions about his proposals are just an elevator ride away.

“There was a case where I received a call the night before to do a presentation in the morning because the Crypto Czar was in town,” Borda said, explaining office proximity (Tokensoft is on floor 38, the SEC is on floor 28) made “meetings a lot more accessible.”

That can be handy when meeting topics are as potentially contentious and fraught as the marriage of public blockchains and regulated investment vehicles. The SEC has been reticent to approve crypto-tied proposals before, perhaps most visibly in its ongoing denial of a bitcoin ETF.

Read more: What to Make of the SEC’s Latest Bitcoin ETF Rejection

The particulars behind one crypto project’s failure before the SEC and another’s success are not interchangeable. For example, ArCoins do not represent an investment in the Ethereum blockchain, only a product (U.S. Treasuries) whose vehicle is traded on that blockchain.

But Borda said a major obstacle in pushing through a tokenized ‘40 Act Fund were regulators’ misconceptions of how crypto markets function.

“There were a lot of preconceived notions just based on how the crypto space operates that we had to overcome: that these tokens are freely tradeable, that there’s no way to control them,” Borda said.

He said regulators “thought these securities worked like bitcoin.” He made clear to CoinDesk that they don’t.

Borda said Tokensoft and Arca had to prove that ArCoin’s blockchain backend was far more restrictive, regulatable – and, well, permissioned – than the permissionless Ethereum mainchain this fund’s smart contract lives atop. Ethereum is the leading smart contract platform in the world.

Unlike the vast majority of Ethereum tokens (and also completely dissimilar to bitcoin and most every other crypto asset), ArCoins cannot just jump around from wallet to wallet, Borda said.

Two critical functions are executed before a transfer prevents ArCoins from flying freely between wallets: detectTransferRestriction and messageForTransferRestriction. They comprise the core of the ERC-1404 standard, a whitelist-focused derivation of the ubiquitous ERC-20 token standard.

Tokensoft spearheaded development of the open-source ERC-1404 with the express purpose of creating a token standard that could pass regulators’ muster. Its outcome, unveiled in September 2018, restricts token activity like peer-to-peer transfers and trading during lock-up periods, among other concerns.

Though these caveats seemingly run counter to the permissionless, borderless and stateless ideals of some corners of Crypto Twitter, Borda said they’re essential for working inside regulators’ demands – and even workable within the idealist’s framework.

“It is possible to build a token on a public blockchain and have it follow the most aggressive standards in the world,” he said.

ArCoins accomplishes this by checking intended recipients against a whitelist maintained by the fund’s transfer agent, Tokensoft subsidiary DTAC LLC, at the start of any transfer. Only investors who have passed AML and KYC protocols (and whose wallet addresses therefore appear on the whitelist) will receive their ArCoin.

“The cool thing about having this on a blockchain is you can now prevent unauthorized transfers, the smart contract will just reject it,” Borda said.

Steinberg said that the only thing clear to Arca, a digital assets investment management firm, was that it didn’t want to build that solution in-house. Though Steinberg admitted Arca could have programmatically restricted smart contract transfers without ERC-1404, he said “that’s kind of reinventing the wheel that already exists for something like this.”

“Specialists are most likely going to do that better and come up with novel solutions like a standard than you will in building it yourself,” he said.

Steinberg sees this as a key value of utilizing standards like ERC-1404. His firm has now demonstrated that the SEC is comfortable granting effectiveness to a ‘40 Act investment vehicle that runs on ERC-1404.

ArCoin’s proving the concept may make what Steinberg described as the expensive, expansive and time-consuming procedure of bringing any investment product (and especially blockchain-based ones) past the SEC a little bit easier.

He noted that getting any product on the regulated market is never a sure thing, and recalled how “the vast majority of people” he spoke to after ArCoins’ green-light were shocked that the historically reticent SEC had allowed ArCoins to register.

“The goal of Arca is to become a multiproduct asset manager with multiple different wrappers like this,” he said.

Borda chalked Tokensoft and Arca’s success in registering ArCoins to a confluence of compliance and structural factors – one major one was his tapping former SEC and CFTC regulator Alex Levine to head the legal team for Tokensoft’s affiliate transfer agent DTAC LLC.

Borda is even more bullish about ERC-1404 and the future of token-based securities in the ‘40 Act Fund mode, especially its potential appeal to regulators, who could use the built-in transfer restrictions of smart contracts to their benefit: They won’t ever have to worry about unapproved transfers or bearer instruments falling into the wrong hands.

Companies could also catch that upside, he said:

“This should prove to the companies out there that there is a path to have better compliance.”