ETPs providing long exposure to Bitcoin have surged in recent weeks ahead of an infrequent technical event known as ‘the Bitcoin halving’. 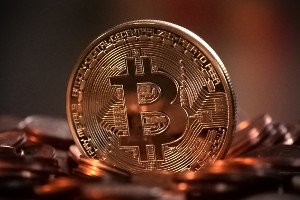 The price of Bitcoin has rallied roughly 75% since mid-March to reach $9,000.

Halvings, which occur roughly every four years, impact the supply of Bitcoin by cutting the reward miners receive for processing transactions in the blockchain by half.

The next halving is due to occur next week.

This will mark the third halving for the world’s largest cryptocurrency by market cap since inception and will result in the number of new Bitcoins entering circulation every ten minutes falling from 12.5 to 6.25.

Bitcoin was designed with a maximum capacity of 21 million tokens. With more than 18.3m already in circulation, one might think that the limit will soon be reached, but regular halvings imply that token production will only cease in 2140.

With Bitcoin’s two previous halvings, its price appreciated leading up to the event and surged in its aftermath.

Critics will argue that any upside for Bitcoin attributable to the halving would already be priced in as the event has been fixed in the calendar for ages; however, the cryptocurrency is certainly enjoying a bullish run that harks back to its golden age.

According to ETF Strategy alumni Jonathan Hobbs, now Chief Operating Officer of UK-regulated long/short digital asset hedge fund Ecstatus Capital, the upcoming halving is indeed having a direct impact on Bitcoin’s price: “We believe Bitcoin’s recent rally was driven by the market’s anticipation of what the next Bitcoin block reward halving will mean for Bitcoin’s supply schedule going forward. Post the halving, Bitcoin’s supply will still increase every ten minutes with each new block confirmation but will increase at a slower rate than it did before.”

Whether Bitcoin will progress into a long-term bull market, as it did following the previous two halvings, remains to be seen. Hobbs believes, however, that investors may increasingly be drawn to Bitcoin as the cryptocurrency’s decentralized nature prevents it from inflationary consequences driven by monetary policy.

It should be noted that while Bitcoin currently enjoys the wind in its sails, it is also recovering lost ground after declining in line with other risky assets during the Covid-19 sell-off. The cryptocurrency was previously trading between $9,000 and $10,000 in early February.

The correlation between Bitcoin and the S&P 500 also surged to a record high of 0.5 during the worst of the market rout in mid-March, suggesting that another sharp shift to risk-off sentiment could lead to a plunge for the cryptocurrency.

When asked about Bitcoin’s recent price action, Hobbs noted, “Although Bitcoin dropped more than the S&P 500 during the Covid-19 sell-off, it also rebounded more. Strong buying pressure stepped in below the $4,000 level in February. Whether this buying pressure will continue without another sharp correction is hard to predict, but Bitcoin’s recovery has proven its resilience to bounce back when sentiment is at its lowest point.

“This bodes well for Bitcoin which, prior to the pandemic, has only really existed in an equity bull market cycle – the first Bitcoin block was added to the blockchain in January 2009, about two months before the S&P 500 bottomed in March of that year. It will be interesting to see how Bitcoin reacts if we enter a protracted bear market in stocks. Either way, we are going to see volatility, which could be good for traders who manage risk appropriately. At Ecstatus we are seeing more interest from investors looking to take advantage of Bitcoin’s volatility on both the long and short side.”