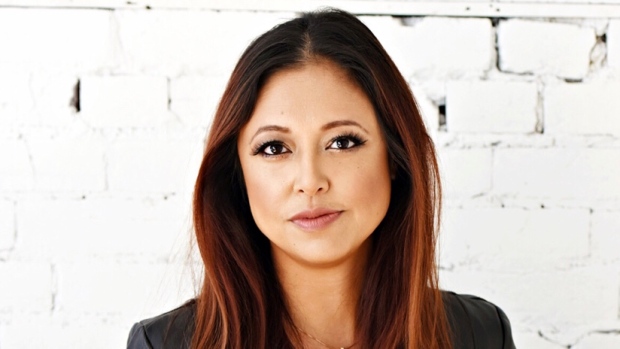 The notoriously volatile price of Bitcoin is rallying, surging past the US$11,000 mark for the first time this year in late July.

The cryptocurrency set a new record high for 2020 on Sunday when it briefly surpassed US$12,000, marking an important technical and psychological milestone for cryptocurrency investors, before plunging more than US$1,000 within minutes.

There are several key factors fueling this price boost including the so-called “Bitcoin Halving,” which occurred on May 11. The algorithm that controls market supply of Bitcoin was adjusted to reduce new market supply by half. In the 11 years since its inception, this inflation-fighting feature of Bitcoin’s programming has historically been a driver of price movement.

Brian Mosoff, CEO of Toronto-based fintech firm Ether Capital, says a big part of the Bitcoin narrative has been a hedge against the inflation of fiat currencies, such as the U.S. dollar.

“The timing of COVID and the expansion of government and central bank balance sheets have investors nervous about inflation. Investors are seeking ways to hedge and Bitcoin stands to be an important beneficiary of this,” he said in an email.

Bitcoin’s algorithm dictates that only 21 million Bitcoin will ever be minted, leading many investors to draw the comparison to gold’s scarcity. Industry watchers say many investors view Bitcoin as a kind of “digital gold” and for that reason, it has piggy-backed on gold’s current rally.

According to Bilal Hammoud, CEO and Founder of a Calgary-based cryptocurrency exchange NDAX.io, Bitcoin is “the perfect long-term hedge” against both monetary policy instability and political instability. In an email he said ongoing trade tensions between the U.S. and China as well as “unlimited money-printing stimulus due to the pandemic” make the greenback a less attractive safe haven, driving the “smart money to anti-inflationary assets such as gold and bitcoin as a hedge.”

Another significant development driving the price of Bitcoin higher is a July 22 letter from the U.S. federal agency responsible for monitoring national banks and federal branches of foreign banks. It states that the Office of the Comptroller of the Currency concluded providing custody of cryptocurrency is a modern form of traditional bank activities related to custody services.

“Banks can continue satisfying their customers’ needs for safeguarding their most valuable assets, which today for tens of millions of Americans includes cryptocurrency,” the OCC letter says.

The letter opened the door for all national banks to provide cryptocurrency custody services for customers, according to Taras Kulyk, a senior vice-president at Bellevue, Washington-based blockchain and Artificial Intelligence firm, Core Scientific.

Following the release of this letter, the price of Bitcoin jumped 10 per cent in the span of 48 hours. Kulyk said in a phone interview that “the market realized that this truly was a fundamental shift in regulatory positioning in the United States.”

American law firm Sullivan Worcester LLP, which is based in New York City, described the OCC’s letter in a July 24 note to clients as a potential “turning point in the notorious ‘frenemy’ relationship between banks and cryptocurrency.” It goes on to say it’s possible that this could lead to a lower barrier for consumer and merchant crypto transactions.

Kulyk said in addition to the OCC’s statement, many U.S. consumer-facing fintech apps including Venmo and Paypal have recently announced plans to integrate cryptocurrency in their offerings.

Mosoff said that historically, the majority of Bitcoin trading is done by retail investors, although institutional capital and interest is increasing.

“It’s difficult and often impossible to know what leads to big, short-term price moves in crypto,” he said. “Bitcoin is traded globally and traders often employ leverage; with leverage a lot of volatility is possible.”​

On Sunday, Bitcoin experienced a flash crash, with US$1,000 wiped from its trading price on major platforms within minutes. It has since somewhat recovered, and the move was attributed to profit-taking by so-called “whales” who own large amounts of the cryptocurrency.

Bitcoin’s overall price increase has provided fuel for other major cryptocurrencies, including ether which runs on the Ethereum network, and was pioneered by Canadian Vitalik Buterin. Historically the largest cryptocurrencies tend to move in lockstep, though Mosoff says Ethereum, which marked its fifth anniversary at the end of July, is one to watch.

While Bitcoin is treated as a stock, commodity or store of value, Mosoff says Ether is poised to take a different path.

“Later this year, the network will begin to undergo a significant upgrade that will allow investors to generate yield in what we’ve termed ‘a digital bond,’ Mosoff said. “I believe this upgrade will put substantial upwards pressure on the price.”