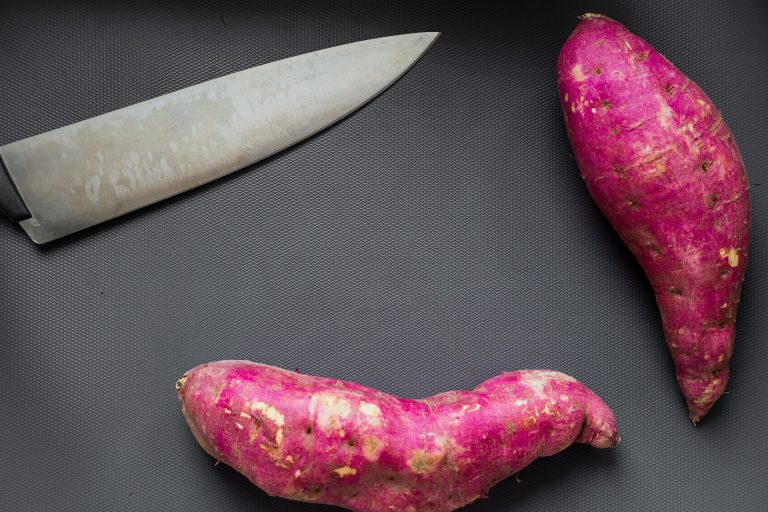 Ethereum users are paying through the nose while miners profit. Coinbase is offering bitcoin-backed loans and nearly a quarter of the Tor Network may be compromised by a crypto-loving scammer.

Has YAM been mashed?

The memetic token project which launched on Tuesday and crashed on Wednesday – erasing nearly $60 million in value – announced itself to the world as an “experimental protocol mashing up some of the most exciting innovations in programmable money and governance,” in a Medium post.

Liquidity providers piled into YAM tokens, developed by Yam Finance, in an attempt to make a quick profit before catching the hot potato.

Profits would be derived from YAM’s elastic supply schedule, which was programmed to keep the token close to the value of U.S. dollars by creating or destroying tokens at set intervals, called a rebase.

It was this very mechanism that contained a bug that destroyed the harvest, disabling the project’s on-chain governance feature.

The first version of YAM launched as the “second purely decentralized DeFi project after Yearn Finance,” according to Cointelegraph’s Joseph Young. And this position has led to varying opinions about the value of the dead project.

Compound’s Jake Chervinsky tweeted, “This was an extraordinary governance experiment.”

Record Fees
Transaction fees and miner’s profits are soaring on the Ethereum blockchain. Yesterday evening the average fee per ether transaction reached $6.04, according to Blockchair, the highest level since 2015. Median transaction fees sit near historic highs of $3. The increase in fees and ether’s jump in price has driven the daily profitability of Ethereum miners to levels not seen in 27 months – increasing profit margins for most mining equipment above 90%. Data from BitInfoCharts shows that the daily profitability for Ethereum miner operators is at $5.8 per 100 megahashes second (MH/s) of computing power – a level not seen since early May 2018.

Crypto Credit Line
Coinbase will allow U.S. retail customers to borrow fiat loans against as much as 30% of their bitcoin holdings, without filling out an application or going through a credit check. The exchange is setting conservative parameters on the product, according to CoinDesk’s Nathan DiCamillo, capping credit lines at $20,000 per customer and offering an interest rate of 8% for bitcoin-backed loans with terms that are a year or less. Coinbase claims it will keep the bitcoin at the exchange without reinvesting it.

Tokens, Take Two
Token sales are back, reports CoinDesk’s Leigh Cuen. Ava Labs, Polkadot and NEAR protocol – all potential alternatives to Ethereum – are among the most prominent crypto projects to raise tens of millions of dollars within the last month. But this isn’t a play-by-play of 2017. Token founders now prefer ongoing sales with controlled distribution conducted over exchanges like CoinList, Gate.io and Binance. Still, not all Layer 1s are interested in token sales. Bram Cohen’s Chia Network recently raised $5 million in an equity round led by Slow Ventures, ahead of an IPO.

Torn Network?
A single malicious entity controls 23% of all exit nodes used on the anonymous internet provider Tor Network and is using its position to steal bitcoin and other cryptocurrencies, according to pseudonymous cybersecurity analyst “nusenu.” The Tor Network is a popular way to anonymize web traffic by shielding user’s IP addresses. The hacker is using a position as a major exit relay host to decrypt websites, giving them unrestricted access to traffic passing through their servers. It’s unclear how much cryptocurrency has been stolen and whether the malicious agent is engaged in other attacks.

Bitcoin for Business
Nigerians are turning to bitcoin to bypass hurdles imposed on trade with China. Business owners and laymen, restricted by banking limitations and sanctions, are using bitcoin for frictionless trade, reports CoinDesk contributor Alyssa Hertig. All this trade with bitcoin is happening behind the scenes. “Businessmen and women on the ground aren’t exactly eager to publicize that they’re using bitcoin for international trade. For one, the legality of cryptocurrency is fuzzy in the region,” she writes.

Link Cap
Chainlink (LINK) is now the fifth largest crypto by market capitalization, surpassing bitcoin cash (BCH). At press time, LINK stands at $5.76 billion compared to BCH’s $5.30 billion in total market value with a 24-hour volume clocking in at $1.05 billion versus BCH’s $83.7 million. Market capitalization is a tenuous indicator, found by multiplying the total number of coins or tokens in circulation multiplied by its spot price, but has become the go-to metric to rank crypto projects.

Myths Debunked
Marcelo M. Prates, a lawyer at the Central Bank of Brazil, writes that central bank digital currencies (CBDCs) are “a conceptual type of money that hasn’t yet been created, except for some limited prototypes. But myths surrounding CBDCs are already piling up.” He debunks four of the most common misunderstandings.

How Much?
Supplygate, the debate that sprung up this weekend, was about more than Ethereum’s total supply of coins. It’s one more front in the battle over narratives between the communities behind the two largest blockchains, according to NLW.