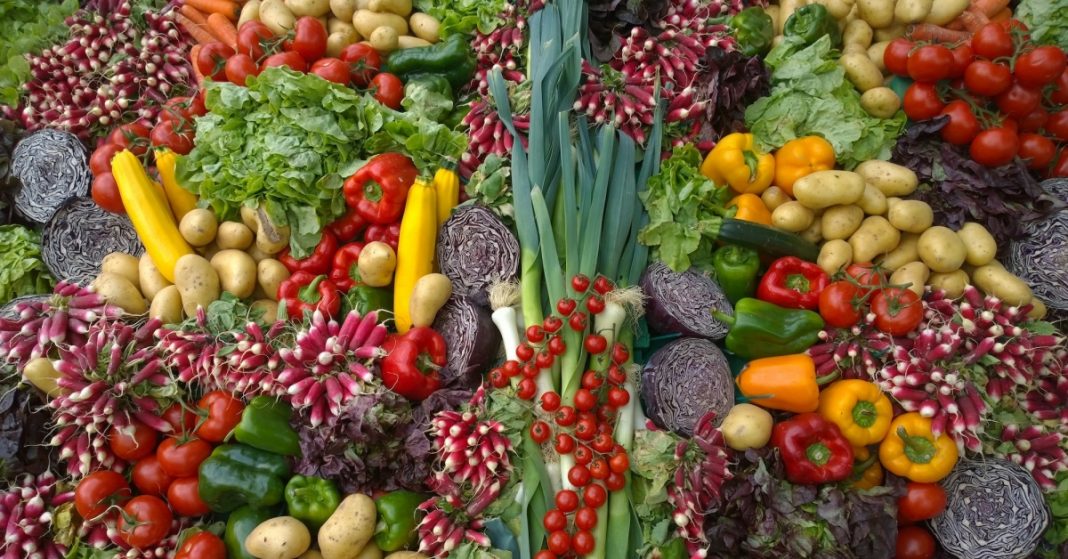 CoinDesk is preparing for invest: ethereum economy with a special series of newsletters focused on Ethereum’s past, present and future. Every day until the event, the team behind Blockchain Bites will dive into an aspect of Ethereum that excites or confuses them.

The Top Shelf news you subscribed to is down below.

The meaning of development
The exploding popularity of decentralized finance, be it “Weird DeFi” or otherwise, has brought a surge of new interest to Ethereum-based applications while highlighting the scalability issues with the platform’s current infrastructure.

Network congestion, a result of increased usage and more complex smart contracts being run on the platform, has helped to create an intense FOMO within the ecosystem while simultaneously erecting an enormous barrier to entry in the form of gas fees for non-power users and whales.

This isn’t exactly a new problem for Ethereum. This same scalability argument has reared its head plenty of times before (see December 2017 and CryptoKitties), prompting a plethora of “Eth Killer” chains to sprout up in 2018-19 with the goal of beating Ethereum at its own game.

Those chains haven’t been much of a threat to Ethereum’s volume, but this time the heat is on. Competing smart contract platforms like Polkadot, Cosmos, Solana and Near are queued up to welcome traders and application builders who have grown tired of waiting for an Ethereum scaling solution to emerge.

Amid the craze of vegetable tokens, meme coins, skyrocketing gas fees and all the other crazy DeFi stuff we witnessed in recent months emerged encouraging news about Ethereum 2.0 – the impending transition to proof-of-stake and implementation of sharding. It’s in the final stages of testing and is poised to launch its Phase 0 sometime this fall.

This migration holds significant impacts for the Ethereum-native DeFi economy and the “Money Legos” that have powered it. A fully scaled blockchain could pave the way for that elusive mass adoption that crypto people talk about so much.

But then again, Ethereans have been waiting since 2015 for this transition to take place, and to many it’s simply a fantasy. The full roadmap for Eth 2.0 implementation is years long, and skeptics will find plenty of reasons to cast doubt on the likelihood of its completion.

So what do traders, investors and DeFiers need to know about this transition and how it will affect their bags? This Eth 2.0 migration and its second and third-order implications are the focus of CoinDesk’s upcoming virtual event invest: ethereum economy on Oct. 14, where we’ll be tackling all of these questions surrounding what could well be the most important news development in crypto this year.

Seeing success
Camila Russo is the founder of The Defiant and author of “The Infinite Machine,” the first book on the history of Ethereum. Here she examines how Ethereum went from concept to a functioning system and economy over the past half decade.

Almost five years ago, on July 30, 2015, part of the Ethereum team had gathered in Berlin to see the network they helped build go live. A big screen overhanging their worktables served as the countdown clock for when the test network reached block 1,028,201. That’s the palindrome and prime number they picked as the key which would launch the mainnet. Others were waiting for the launch in Ethereum hubs in Amsterdam, Toronto, New York and Zug, Switzerland.

It was the culmination of months of work, where core developers did the heavy lifting on the technical side, but which also included designers, marketers, and community managers. Ethereans knew a distributed network with no community would fail.

Early Ethereum team members had also spent endless hours with lawyers leading up to the ether sale, some co-founders had gone through bitter fights, while many others had ravaged their savings working with no salaries towards one goal: Making the vision Vitalik Buterin laid out on a white paper in November 2013 a reality.

When the test network hit the predetermined block at 4:26 p.m. in Berlin, a meme of Ron Paul, jubilant, with his arms up and surrounded in green laser beams and white block letters that read IT’S HAPPENING, popped up on the monitor. The Ethereum team opened a bottle of champagne while rocket emojis filled chat rooms.

The Ethereum network quickly left other blockchain upstarts behind and has since grown to become the second-largest cryptocurrency after bitcoin, with ether’s market capitalization (as of writing) at just shy of $40 billion.

But a better measure of success is to examine whether Ethereum builders achieved what they set out to do. Ethereum aims to be a “fully-fledged, Turing-complete (but heavily fee-regulated) cryptographic ledger,” which allows developers to build any application they can dream of on top, Vitalik wrote in the white paper, which inspired early team members to drop everything and join him in building it.

“Rather than being limited to a specific set of transaction types, users will be able to use Ethereum as a sort of ‘Minecraft of crypto-finance’ – that is to say, one will be able to implement any feature that one desires simply by coding it in the protocol’s internal scripting language,” he wrote. Minecraft is a sandbox-style video game, which gives players flexibility to explore and build whatever they want in the game’s virtual world.

Vitalik, who was 19 years old at the time, listed on the Ethereum white paper the applications he envisioned could be built on top of this generalized platform:

Sub-currencies “representing assets such as USD or gold to company stocks and even currencies with only one unit issued to represent collectibles or smart property.”

Financial derivatives, such as “hedging contracts.” He notes that “financial contracts of any form do need to be fully collateralized; the Ethereum network controls no enforcement agency and cannot collect debt.”

Identity and reputation systems where “users can register their names in a public database alongside other data,” for example, for domain-name systems.

Decentralized Autonomous Organizations, which replicate traditional companies but use blockchain technology for enforcement. The entity would have shareholders who collect dividends and decide how the corporation automatically allocates its funds, “using either bounties, salaries or even more exotic mechanisms such as an internal currency to reward work.”

Five years later, all of the use cases envisioned by Vitalik have become a reality, though some with more success than others.

A good problem to have

The question isn’t whether there’s demand for Ethereum, but whether the network will continue developing fast enough to meet that demand. The wait for ETH 2.0, which would allow Ethereum to scale, has been a constant in Ethereum’s history. A barebones proof-of-stake chain, which was slated to launch early this year, has been delayed and now it’s unclear whether it will launch this year at all.

The next five years will be about strengthening these scaling solutions and making these financial applications more robust and secure. It will also be necessary to create better crypto onramps and building apps in the less developed areas of Ethereum, like identity and insurance. The result will be this Minecraft of finance stops being an insiders’ secret and more players can join.

So what is Ethereum and how does it work? CoinDesk contributor Alyssa Hertig explains what “the world computer” is looking to achieve.

The ‘World Computer’
Before you can understand Ethereum, it helps to first understand the internet.

Today, our personal data, passwords and financial information are all largely stored on other people’s computers – in clouds and servers owned by companies like Amazon, Facebook or Google. Even this CoinDesk article is stored on a server controlled by a company that charges to hold this data should it be called upon.

With this convenience, there is also vulnerability. As we’ve learned, a hacker or a government can gain unwelcome access to your files without your knowledge, by influencing or attacking a third-party service – meaning they can steal, leak or change important information.

While Bitcoin aims to disrupt PayPal and online banking, Ethereum has the goal of using a blockchain to replace internet third parties – those that store data, transfer mortgages and keep track of complex financial instruments.

In short, Ethereum wants to be a ‘World Computer’ that would decentralize – and some would argue, democratize – the existing client-server model.

With Ethereum, servers and clouds are replaced by thousands of so-called “nodes” run by volunteers from across the globe (thus forming a “world computer”).

The vision is Ethereum would enable this same functionality to people anywhere around the world, enabling them to compete to offer services on top of this infrastructure.

Employees walk
Coinbase employees are beginning to take severance packages, CoinDesk’s Nathan DiCamillo reports. Days after the corporate exchange giant offered non-aligned employees an exit from the exchange’s “apolitical” mission, at least three employees have decided to walk. Coinbase has been the center of a media storm since its CEO Brian Armstrong published a blog post discouraging politics in the office. At least one of the employees said Armstrong could have avoided controversy if he had communicated the company’s new direction only internally.

Crypto for Congress
The Chamber of Digital Commerce’s Political Action Committee (PAC) is contributing $50 worth of bitcoin to each congressional campaign. According to the group’s founder, Perianne Boring, this is an attempt to raise awareness and give incumbents a chance to interact with blockchain technology and digital assets. In addition to the contribution, the Chamber’s PAC will also provide online training and a toolkit to help members of Congress engage with cryptocurrencies. According to the group, once informed about the contribution, the campaign can either accept it, pass it on to a charity that accepts bitcoin (BTC) or just opt out.

CBDC test
Eesti Pank, the central bank of Estonia, is undertaking a “multi-year” research project that will investigate the suitability of a blockchain-based digital currency to work alongside cash. The hypothetical CBDC will run on KSI Blockchain, already “a core” part of the infrastructure of Estonia’s e-government system. Guardtime, a corporate developer of KSI, and The SW7 Group, a business development and investment firm will assist the study. Estonia’s experience running a digital form of government “gives us good grounds for launching a project to explore the technological frontiers of digital money,” said Rainer Olt, head of the central bank’s Payment and Settlement Systems Department.

Hackers found?
KuCoin CEO Johnny Lyu tweeted Saturday the South Korean crypto exchange has found what he described as the “suspects” of last month’s $281 million hack. “After a thorough investigation, we have found the suspects of the 9.26 #KuCoin Security Incident with substantial proof at hand,” Lyu said in the tweet. “Law enforcement officials and police are officially involved to take action.” In addition, Lyu said another $64 million of stolen assets have been recovered from “suspicious addresses,” bringing the total value of recovered assets to $204 million since Oct. 1.

Tokenized ETF
Securities and Exchange Commission (SEC) Chairman Jay Clayton said the regulatory body is open to the idea of a tokenized exchange-traded fund (ETF). “We’re willing to try that. Our door is wide open,” the report quoted Clayton as saying in a webinar yesterday with the Chamber of Digital Commerce. While Clayton’s statements expressed a willingness to explore the idea of tokenized stocks, the report also noted recent actions by the regulatory body that would seem to indicate the day those ideas becoming reality is still a ways off.