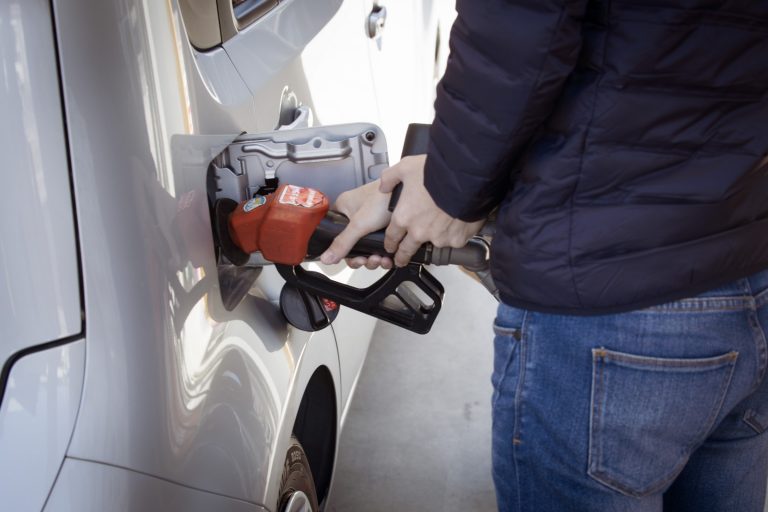 BlockFi has raised a Series A, B and C within a 12-month span, an ICO’s investors can’t find the people they’re trying to sue and stablecoin demand may become unbalanced by traders ditching a “market-neutral strategy.”

Semper BlockFi?
Crypto lender BlockFi closed a $50 million Series C led by Morgan Creek Digital and with participation from Peter Thiel’s Valar Ventures – the lead investor in BlockFi’s A and B rounds – Castle Island Ventures, Winklevoss Capital as well as NBA player Matthew Dellavedova and two unnamed university endowments, among others. BlockFi has now raised $100 million in the past 12 months, has accrued $1.5 billion in crypto assets on its lending platform, and sees about $10 million in monthly revenue. So why the raise? CEO Zac Prince said BlockFi is still trying to add personnel and keep equity capital stable in order to quickly expand geographically, CoinDesk’s Nathan DiCamillo said.

Error 404: promoters not found
Investors in a $12 million ICO want their money back, but the celebrity couple behind the project has disappeared, CoinDesk’s Leigh Cuen reports. A district court ruled investors in the marijuana project Paragon can pursue a class action. The project appears to have been helmed by Jessica VerSteeg, a former Iowa beauty queen and reality star, and her husband, Russian entrepreneur Egor Lavrov. Rapper “The Game” is also listed as a defendant, among several technologists. It’s unclear if any of the project’s stated plans to revolutionize the marijuana industry would have materialized had it not been for legal action from the SEC in 2018.

Election experiments
Russian communications giant Rostelecom has published details of its blockchain-based voting system that will be deployed in two local regions. The system will be based on a private enterprise version of the Waves blockchain, with nodes located only by Rostelecom servers. “All information from the enterprise voting chain will be published on a special portal that can be accessed by anybody,” CEO Sasha Ivanov said. A previous pilot saw personal information of voters on the blockchain system end up on darknet markets. Authorities deny the allegations. Russia’s Department of Information Technologies will host a separate voting pilot during the by-elections this fall.

Harried: Cash & carry
Institutional demand for stablecoins may cool because yield on “carry trades” has been cut in half since Monday. Carry trading, a market-neutral strategy, involves buying an asset at spot prices and simultaneously selling a futures contract against it when the futures contract is trading at a premium to the spot price. The decline in the carry strategy yield – pushed by declining yields – could also mean a cut in  demand for dollar-backed stablecoins like tether. CoinDesk’s Omkar Godbole reports. “Stablecoins are widely used as funding currencies and there has been a high demand for these dollar-backed cryptocurrencies from institutions,” Skew CEO Emmanuel Goh said. Carry trades have been a main driver of stablecoin issuance this year.

Earlier this week, Axios reported tensions between investors and developers have delayed the Filecoin project.

According to the report published Tuesday, investors in Protocol Labs, a for-profit incubator of anticipated Web3 projects like IPFS and Filecoin, believe they are owed disbursements of Filecoin’s native token.

Filecoin raised about $205 million in a 2017 ICO, in which some – but not all – of Protocol Lab’s seed round backers participated. Axios reports Protocol Labs “retained a percentage of the tokens,” with regular distributions being made to CEO Juan Batiz-Benet and early employees, “which in theory would be value accruing to the equity investors.”

Unnamed parties are apparently in mediation over receiving a portion of these tokens, which could potentially delay Filecoin’s imminent launch next month if not resolved, reporters Dan Primack and Kia Kokalitcheva intuit.

Fortune’s Jeff John Roberts read the news and added this insight: Filecoin is a representation of the entire blockchain space where it is common to raise millions of dollars through novel funding mechanisms, and frequently, fail to deliver.

Part of the issue is, it’s hard building a new, open and fair version of the internet or the financial system. “But there is another reason to be skeptical, and that is the lack of incentive that blockchain companies have to succeed,” he writes.

Front-loaded with cash, it’s easier to “travel the world” rather than “toil over blockchain code,” Roberts writes.

While Filecoin is no stranger to delays (in February 2019, developers pushed back the launch of its first testnet. The mainnet had been estimated to deploy in the first quarter of 2019, then the second quarter, then to Q3/Q4 2019, then between July 20 and Aug. 21, 2020, now in a month), its network participants are less cynical.

Despite a year of delays, Filecoin has found an incentivized community in China, and has onboarded miners, after it emailed hard drives containing climate data to future (probable) network participants.

In Benet’s own words from Consensus: Distributed: “Web 3 is about creating a platform that is decentralized, that puts human rights foremost, and can build a much freer and open internet and lock it in place.”

Blockchain and cryptocurrency have already “changed the underlying guts and rails of major industries,” he said. But it hasn’t yet solved the dilemma between project developers and their investors.

Greens & reds
Bitcoin’s price pullback may worsen as the U.S. dollar shows signs of life. The dollar index, which tracks the greenback’s value against that of other reserve currencies, has jumped 1% to 93.000 in the past 24 hours – the biggest single-day rise in two months. This jump comes after July’s Federal Reserve meeting minutes show the central bank is not planning on implementing controversial yield curve controls on bonds. The correlation between bitcoin and the U.S. dollar has been historically weak but has picked up in the past month as investors look for alternative safe-haven assets, CoinDesk markets reporter Omkar Godbole writes.

Rendering Ren
Prices for ren, the token for the RenVM DeFi network, surged by more than 100% over the past week. That’s because the total amount of renBTC, a tokenized bitcoin that is locked in RenVM, broke 10,000 on Monday, according to data collected by DeFi Pulse. The total value locked in RenVM jumped to more than $174 million on Monday from approximately $59.9 million a week earlier. There is a growing demand for having bitcoin (BTC) on the Ethereum blockchain as it is increasingly used in DeFi, CoinDesk’s Muyao Shen reports.

OMG! Fees!
Tether has added its eighth blockchain, OMG Network, to help alleviate congestion on the popular rail Ethereum. OMG is touted as a scaling solution to handle thousands of transactions at a third of the cost of Ethereum, which is currently experiencing a record high gas fees, or the price to run transactions. The third-largest cryptocurrency with a market capitalization of $13.1 billion is among the top Ethereum “gas guzzlers,” according to Ethgasstaion. CoinGecko data shows OMG tokens have increased 115% from $1.70 to $3.65 in the past seven days, as investors look to the network to escape climbing gas prices.

Gamifying gains
Andrew Thurman, a content consultant for Chainlink Labs and an adviser to IdeaMarkets, thinks non-fungible tokens (NFTs) are immutable, immortal, resistant to theft, impossible to forge and “boring as dirt.” Crypto collectibles aren’t for everyone, but NFTs have properties that can be applied to a variety of games increasing the stakes and the fun. Although, “not all NFT projects need to introduce such elegantly designed systems to become more fun,” he writes.

Real enough?
Some people think a recovery in stocks is divorced from reality, in which stores are closing, prices are rising and roughly 14.8 million Americans are collecting unemployment. Nathaniel Whittemore dives into the controversy and asks how real is it, and how are leading finance minds interpreting the recovery?