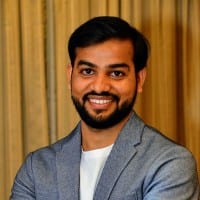 It involves holding funds in a cryptocurrency wallet to support the security and operations of a blockchain network. Simply put, staking is the act of locking cryptocurrencies to receive rewards, according to definition given by global crypto leader Binance.

With a range of cryptocurrencies set to be introduced to the platform in the future, the staking product will go live with three leading cryptocurrencies available for staking to all users: Harmony (ONE), QTum (QTUM), and Tron (TRX).

With CoinDCX’s hybrid aggregation model, the rewarding arrangement works similar to holding funds in a bank’s fixed deposit, only difference being the latter requires a minimum lock-in period however in case of the new offerings investors can start earning rewards from day one, without limiting trading activities.

Sumit Gupta, CEO and Co-founder of CoinDCX said, “Staking on CoinDCX is the simplest way for our users to earn staking benefits —as anyone who is conducting trades or investing over the exchange will be able to earn rewards just by holding funds in their CoinDCX wallets. Benefitting long-term investors, HODLers, and traders alike—Stake by CoinDCX will allow the accumulation of passive income on current holdings without limiting users’ trading activities. Ultimately, we believe that this will allow our users to unlock the full earning potential of digital assets—by more actively participating in the token economy and the DeFi space, as we move further and further away from cryptocurrency’s role as a speculative investment.”

The feature also allows users to leverage the growing prominence of Proof-of-Stake public blockchains, which use “staking” as a means of self-governing the blockchain network, validating transactions, and promoting ecosystem-oriented behaviour by cryptocurrency users. The chances of validating and adding a block to the blockchain—and in turn, being rewarded—is directly proportional to the funds a node holds within its wallet.

By creating a single pool of stakeable assets, Stake by CoinDCX will improve the chances of all its users benefitting from the receipt of a staking reward. Stake will take a hybrid approach of aggregating staking rewards with partner exchanges such as Binance, and natively staking them with blockchains.

With the launch of Stake, investors holding a minimum balance in their CoinDCX wallet will now be eligible to start receiving staking benefits which will be distributed based on rewards received by the exchange from partner blockchain and in the proportion of rewards held by the respective user. The minimum balance will vary from one token to another. For Harmony (ONE), it will be 100(~ $1); for Qtum (QTUM) it will be 1(~$3); and for Tron (TRON) it will be 5(~$ 0.1).

Neeraj Khandelwal, Co-founder of CoinDCX commented, “Staking as a consensus algorithm is gaining adoption globally as an alternative to Proof of Work and others. This is perhaps most evident in the moves of Ethereum from Proof-of-Work to Proof-of-Stake in its upcoming network upgrade. Not only does PoS provide far greater scalability benefits for blockchain networks, it provides a much greater opportunity for participants in the digital assets ecosystem to benefit from their holdings.”

By creating a single pool of stakeable assets, Stake by CoinDCX will improve the chances of all its users benefitting from the receipt of a staking reward.

The announcement of the launch of Stake by CoinDCX comes off the back of its #TryCrypto initiative, launched earlier this year with a $1.3 million dedication from the exchange to onboard 50 million users into the cryptocurrency market.