The US Securities and Exchange Commission (SEC) and the Commodity Futures Trading Commission (CFTC) have charged crypto fintech wallet app Abra and Philippine-based Plutus Technologies for unlawful offering and selling of security-based swaps. Both companies settled the charges and agreed to pay $150,000 fines to the regulators.

The SEC charged the two companies for selling security-based swaps to retail investors, an undertaking that requires them to do such sale on a national exchange. The CFTC charged them with illegal off-exchange swaps in digital assets and foreign currency with U.S. and overseas customers as well as registration violations.

Last year, Abra offered to its customers U.S. based stocks without actually offering the stocks themselves. This was done through “synthetic exposure.” Through a contract settled in a digital asset, the user would get access to investments that mimicked the price of the securities without purchasing them.

In the background, when a user purchases $1,000 worth in Tesla shares, Abra will place $1,000 worth in Bitcoin pegged against Tesla’s share price. As Tesla’s shares go up or down, Bitcoin will be added or subtracted from the contact. This was done without actually offering the actual securities and just by hedging the price of Bitcoin. Profits and losses will be dictated by the appreciation or depreciation of those Tesla shares.

SEC said Abra is violating security regulations by offering security-swapping service. For the regulator, it did not matter if the securities are actually not securities but tokenized versions of them. Furthermore, the SEC said such an undertaking can only be offered to individuals with at least $5 million and often $10 million invested on a discretionary basis.

The company shut down the service to U.S. based investors and proceeded to only offer it to non-U.S. based residents. A portion of the operations of Abra was moved to the Philippines as well.

However, the SEC said Abra will not be able to evade federal securities laws merely by only transacting with non-U.S. investors while still conducting crucial parts of their business in the United States. The CFTC also claimed that while Plutus in the Philippines handled the swaps, it was Abra in California that designed the swap contract and the hedging mechanism.

While the order mentioned that Abra did not profit from the swaps, the company and its Philippine partner were required to pay $150,000 as fines.

Meanwhile, Abra’s founder Bill Barhydt tweeted that the company’s business is doing very well. About the SEC and CFTC charges, he said it was “not a lawsuit” and that he won’t be sharing any thoughts about the matter.

Abra recently received a $5 million investment from the Stellar Development Foundation for the purpose of building the former’s financial services department. 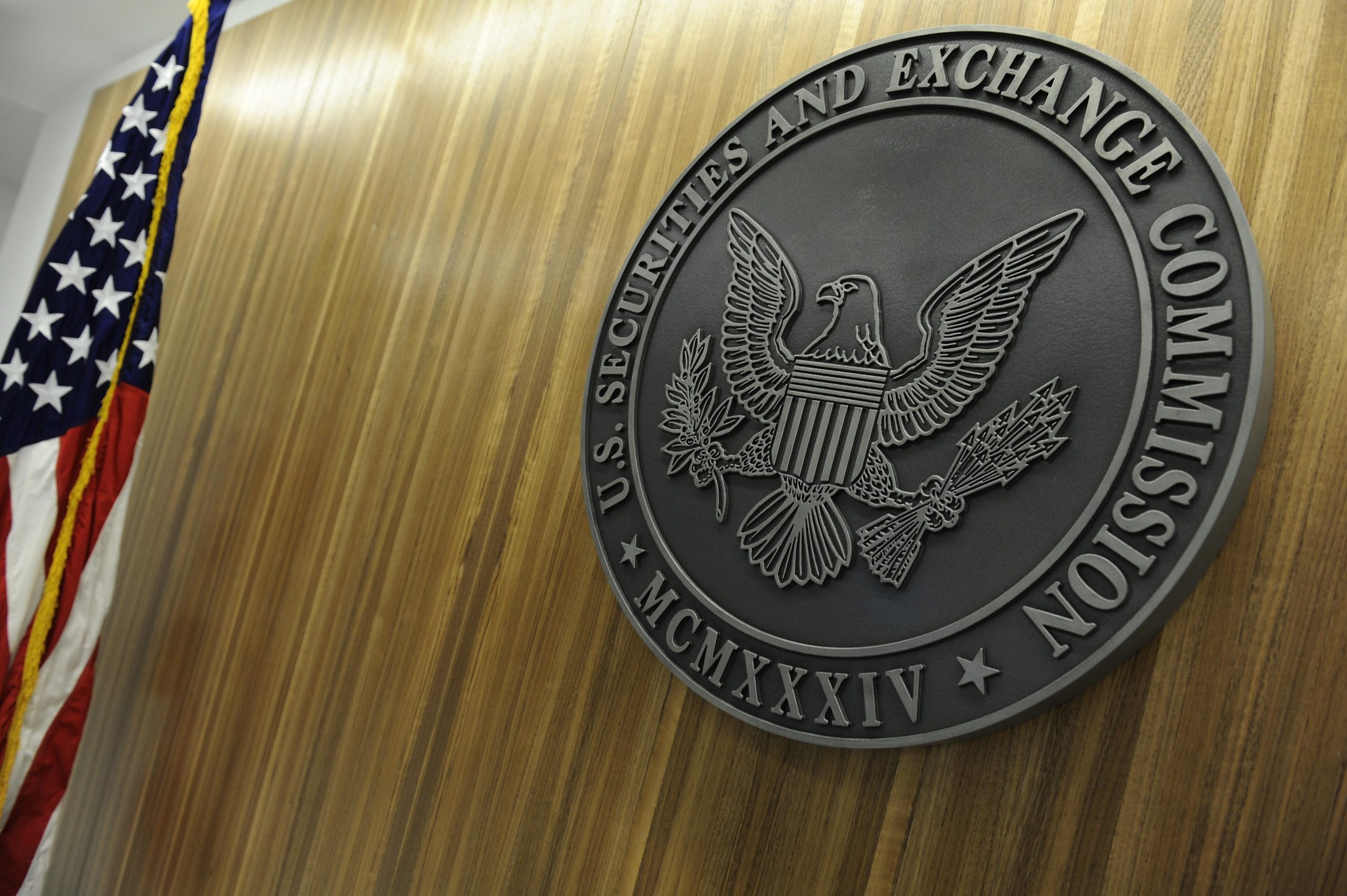 The seal of the U.S. Securities and Exchange Commission hangs on the wall at SEC headquarters in Washington, D.C., June 24, 2011. Photo: Reuters/Jonathan Ernst