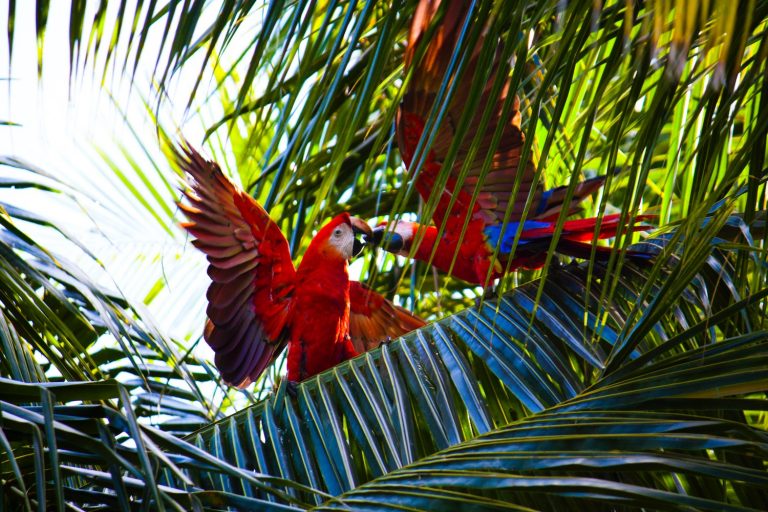 There may be an enterprise blockchain arms race brewing in Latin America.

LatamLink, an alliance of three organizations involved in the launch of the EOS public blockchain in 2018, is now busy integrating the EOSIO software for enterprise uses. The group seems to be competing for business in the region with ConsenSys, a globally distributed outfit focused on all things Ethereum.

Up for grabs is LACChain, a blockchain framework that has the backing of the Inter-American Development Bank (IDB) and a host of public and private entities across Latin America and the Caribbean.

ConsenSys set up a Besu testnet for LACChain early last year, to create infrastructure that is both public and permissioned, where necessary, to accommodate digital identity and tokenized fiat money. It’s meant to enable use cases in government procurement, land registry programs, social impact projects and so on.

Read more: CoinDesk 50: Besu, the Marriage of Ethereum and Hyperledger

The Latin American EOS contingent is a voluntary alliance put together by EOS Costa Rica, with EOS Argentina and EOS Venezuela as founding members. All three organizations have experience running EOSIO infrastructure and were genesis block producers during the EOS mainnet launch, for which EOSIO creator Block.one raised over $4 billion in a protracted token sale.

Now EOS Costa Rica is set to unveil a testnet for LACChain, setting off a blockchain beauty contest of sorts between the two technology tribes – one that may ultimately lead to the beginnings of EOSIO-Ethereum interoperability.

“They [LACChain] can see if there is interoperability between the protocols, or choose one over the other,” said EOS Costa Rica co-founder Edgar Fernández. “You can see them side by side.”

For his part, Fernández said it’s not going to be a “winner takes all” battle to see which will be the preferred mainnet option. Certain apps or use cases may be better suited to Ethereum; others might work best on EOSIO.

Something both sides agree on, though: The project could be a big deal.

“If LACChain becomes the gold standard, given the IDB’s deep relationships with governments, the private sector and international organizations, ConsenSys technology has the potential to serve billions of people across the world,” ConsenSys spokesperson Kara Miley told CoinDesk via email.

ConsenSys added that it had not yet entered into any discussions about interoperability with EOSIO in the context of LACChain.

LACChain tech lead Marcos Allende was at pains to point out the project was set up to be “tech agnostic” and is not a competition or a race between protocols.

“We are not launching the EOSIO network because there is anything wrong with Besu,” said Allende. “It’s not a competition between Besu and EOSIO to see which one is better or worse. It’s not a race to see which one has more transactions per second or better privacy. LACChain is about collaboration.”

Being careful not to protest the case too much, IDB Lab Principal Specialist Alejandro Pardo reiterated the project’s original “agnostic, multiplatform” mission.

“As part of our learning and exploration, we welcome LatamLink and EOS as part of LACChain, as we are fully aware of the exceptional value they bring,” Pardo said.

EOS Costa Rica recently demonstrated just how it could shake up the enterprise blockchain world. In May of this year, the group fielded an audacious winning bid to provide accountancy major Grant Thornton with a blockchain for intercompany transactions. Speed and scalability were deciding factors, the accounting firm said.

LACChain has also gone through a process of tire-kicking, he said, starting out with Quorum – the Ethereum-based enterprise client built by JPMorgan Chase – and then also testing Linux Foundation-affiliated Hyperledger Fabric, the preferred enterprise blockchain platform of IBM.

“IDB Labs started out with Quorum but it didn’t really work, it had too many problems,” Fernández said. “Then with Hyperledger Fabric, they found it wasn’t exactly what they were looking for either.”

Allende said LACChain has done tests with Hyperledger Fabric but is yet to launch a Fabric network. “We are interested in [Fabric], but we found it easier with Ethereum-based tech, and now with EOSIO, to get what we were looking for,” Allende said.

One thing that’s clear is the LatamLink team has had its sights locked on LACChain since its inception. The group made “a very interesting” presentation to IDB and LACChain around November of last year, according to Allende.

In the opinion of Fernández, bringing in some homegrown engineering talent is another important factor when it comes to LACChain.

“We know what EOSIO can do, and we wanted to show that Latin American talent can also build on this Latin American blockchain,” said Fernández. “We don’t need to rely on North America or Europe or Asia. We have the ability and talent to run this infrastructure from three Latin American tech companies.”

That said, LACChain’s Allende wanted to qualify this point, which he said had no bearing on the decision to run the EOSIO network.

“It’s great that we are bringing in more Latin American talent. But that is not the reason we are launching EOSIO. If the developers from LatamLink were from the U.S., we would be doing exactly the same thing,” Allende said.