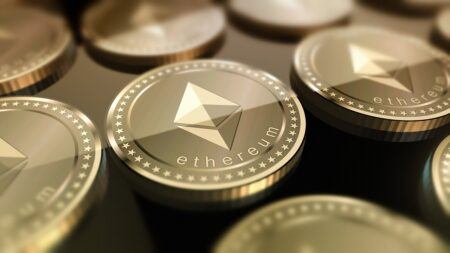 At 19:30 UTC (or 15:30 Eastern Time) on Thursday (August 13), Dave Portnoy, the founder and president of Barstool Sports, sent out a tweet with an attached video that showed him buying Bitcoin (BTC) and Chainlink (LINK) with the help of the Winklevoss twins—the co-founders of crypto exchange Gemini—who had accepted Portnoy’s invitation and come to his house to explain Bitcoin to him and show him how to buy crypto.

More interestingly for the purpose of our discussion here, in this video, we also see (around the 3:40 mark) Portnoy asking the Winklevoss twins how hard it would be to create his own “Dave Coin”, and they tell him this could easily be built on top of Ethereum:

One of the first people to comment on the potential “Portnoy Effect” on the Ether price was crypto journalist Zack Voell:

Earlier today, DeFi Pulse reported the total value locked (TVL) in DeFi had for the first time gone above the $5 billion level:

At the time of writing, the top 10 DeFi projects by TVL (USD) are as follows:

Popular cryptoanalyst/trader “Cred” noted in the tweet below that the crypto community’s perception of Ethereum seems to have changed significantly since the Ether (ETH) price crossed the $400 level (which happened for the first time this year on August 2):

Although many have made huge profits in the past few months from trading DeFi tokens and yield farming, one day after the Yam Finance (YAM) fiasco, Ethereum co-founder Vitalik Buterin talked about the danger of getting into DeFi projects you don’t fully understand, and pointed out that Ethereum had many other interesting decentralied apps (DApps) to offer outside the DeFi sector that people should experiment with:

However, due to the popularity of Ethereum network, these days, such experiments may not be as inexpensive as they used to be.

On Thursday (August 13), on-chain market intelligence startup Glassnode pointed out in a blog post that “the amount of fees being spent on the Ethereum network is higher than ever before.”

And this was Glassnode’s explanation for why Ethereum network fees are currently so high:

Simply put, fees are skyrocketing due to massive demand for transactions on Ethereum. It’s alt season, and users are scrambling to allocate capital into the tokens and protocols that they expect to generate the most yield.

On the same day, Larry ermak, director of Research at The Block, tweeted that on Wednesday (August 12), daily fees on Ethereum had reached an all-time high, and explained why he saw this as a “massive positive”:

Featured Image by “elifxlite” via Pixabay.com

The views and opinions expressed by the author are for informational purposes only and do not constitute financial, investment, or other advice.