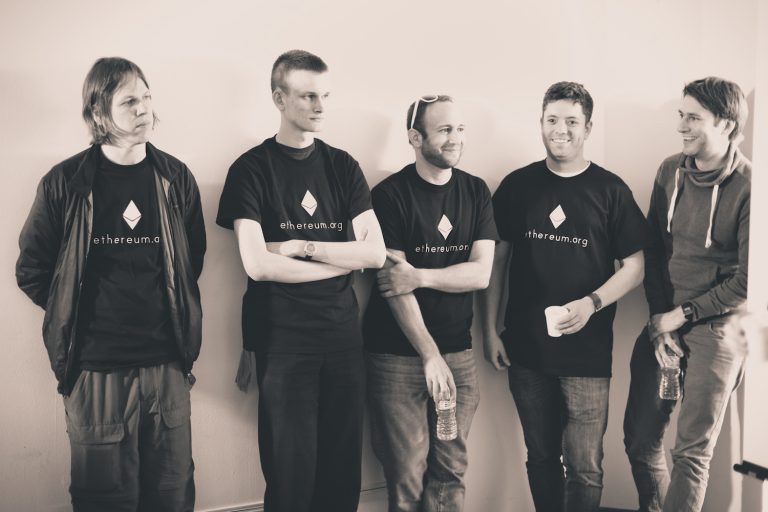 Five years ago this week, the first general-purpose blockchain went live on mainnet. Ethereum paved the way for a whole new use case for blockchain technology untethered from Bitcoin’s original vision as electronic cash.

CoinDesk marked the milestone with a special series of stories, live–streamed conversations and even a pop-up newsletter. These charts first appeared in the newsletter, one for each day.

Not one year after the launch of Ethereum, a seminal event split the community in two.

So acute was the disagreement between these two subcommunities that the row resulted in the creation of a new cryptocurrency called “Ethereum Classic,” cloned from the original Ethereum codebase.

Ethereum Classic (ETC) was created July 20, 2016, after $60 million worth of ether (ETH), Ethereum’s native cryptocurrency, was stolen from users of a dapp known as The DAO. At the time, The DAO was the only dapp of its kind where users could pool funds and vote on which projects the money would be invested in. The DAO’s vision (before it was hacked and drained of a significant chunk of its finances) was to be an investor-guided venture capital fund.

After weeks of deliberation, Ethereum developers reached a consensus that they should turn back the clock – reverse The DAO hack transactions and restore users’ lost ETH. The changes could only be implemented through a network-wide upgrade, also called a hard fork. Those who opposed the change argued in favor of retaining the integrity of the original blockchain’s history of transactions and balances – hacked funds and all.

So, on July 20, 2016, when the upgrade to restore user funds was executed, the Ethereum blockchain split in two. The portion of the community that retained the original log of transactions and balances from The DAO hack and did not upgrade the software created a parallel network, Ethereum Classic.

Since the split, the Ethereum network has hard forked seven additional times, though none of these subsequent upgrades have reached the same level of controversy as “The DAO Fork” of 2016.

The first dapp on Ethereum to gain real user traction was a collectibles game known as CryptoKitties. Launched in November 2017, the “digital cats” became so popular they were covered by news outlets around the world including The Financial Post, BBC and The New York Times.

At the height of their popularity, tokenized cats were trading on Ethereum for upwards of $200,000. However, the influx of users and a high volume of transactions from this one viral dapp clogged the Ethereum blockchain to unprecedented levels. A backlog of 30,000 transactions had piled up by December 2017, meaning that users would have to wait days for their transfers of ETH to be confirmed.

The developers behind CryptoKitties hastened to help stem the tide of new users by increasing game fees. Shortly after CryptoKitties’ launch, Ethereum saw the highest total for daily transaction fees in its history, on Jan. 10, 2018. Over $4.5 million was collected in fees by Ethereum miners that day. The same month, CryptoKitties reached 250,000 registered users.

In many respects, the CryptoKitties craze was the rude awakening that reminded Ethereum developers of the platform’s technical limitations. How could Ethereum become the world computer when one viral dapp was enough to overwhelm it? If the developers wanted to be serious about onboarding not thousands but millions of dapp users, they would need to come up with a concrete plan to increase throughput.

The need for Ethereum 2.0 and its expected benefits to network efficiency, as well as scalability, has only grown stronger since the CryptoKitties craze of 2017. The popularity of initial coin offerings (ICOs) – a way to crowdfund early stages of a cryptocurrency project – by dollar amount raised reached its peak in 2018. A total of $7.8 billion was raised for over 1,000 projects that year. According to ICObench, over 80% of all ICOs rely on the Ethereum blockchain to create their tokens and issue them to investors.

Trends like the ICO boom of 2018 are indicative of the ways blockchain technology can be leveraged in more ways than simply peer-to-peer electronic cash. Ethereum, as the world’s first general-purpose blockchain platform, has become the central hub where dapp developers congregate to build any and all types of use cases for blockchain, be it gaming- or finance-related.

As a result, despite the technical limitations of the platform, dapp developer activity on Ethereum continues to thrive. The latest trend dominating user traffic and transaction volume on Ethereum is decentralized finance (DeFi). The DeFi movement currently sweeping Ethereum is made up of dapps modeled after traditional financial players such as lending services, exchanges and derivatives markets. As of July 29, 2020, $3.68 billion worth of crypto assets are locked by users into various DeFi protocols.

Ethereum’s vision since its inception has always been to be “the world computer” on top of which decentralized applications (dapps) and assets of any kind can be freely created and deployed.

To this end, Ethereum developers pioneered new technology in the emerging space of blockchain called “smart contracts.” A new programming language called Solidity was invented to help code dapps on Ethereum. In order to ensure interoperability between different dapps on the network, common frameworks were developed – like the ERC-20 and ERC-721 token standards.

These innovations have blazed the trail for other general-purpose blockchain platforms to emerge since Ethereum’s birth in 2015. EOS, Stellar, Tezos and Tron are four cryptocurrencies in the top 15 by market share that also feature dapp creation and deployment. Despite the growth in the number of alternative dapp platforms, Ethereum remains the most popular general-purpose blockchain both in terms of number of users and dapps, as shown in the chart above.

Ethereum hasn’t fulfilled its vision yet, however. Developers are convinced that the current blockchain infrastructure is wholly inadequate to handle an influx of millions, if not billions of users around the world. This was always the suspicion of the early founders of Ethereum, including Vitalik Buterin. Five years after releasing their creation into the wild, Buterin and others have worked out a roadmap called “Eth 2.0” to bring Ethereum’s development to completion. Eth 2.0’s first step is expected to launch sometime this year or early next.

Ethereum hasn’t fulfilled its vision yet.

Developers are convinced that the current blockchain infrastructure is wholly inadequate to handle an influx of millions, if not, billions of users around the world. This was always the suspicion of the early founders of Ethereum such as Vitalik Buterin. Five years after releasing their creation into the wild, Buterin and others have worked out a roadmap called “Ethereum 2.0” to bring Ethereum’s development to completion and it is anticipated to launch sometime this year or early next.

The Ethereum 2.0 roadmap is almost as ambitious as the original one which brought the first dapps into existence. While the launch of this technology is forthcoming, an important part of understanding Ethereum’s five-year history lies in studying the many iterations that Ethereum 2.0 underwent in its years of planning.

Originally, Ethereum 2.0 in 2015 was thought of as the final development phase for the project and dubbed “Serenity.” Serenity was tentatively expected to be rolled out 16 months after initial mainnet launch (which would have been November 2016). The upgrade would transition Ethereum from its reliance on a computationally intensive process for block production inherited from Bitcoin, known as “mining,” to a more energy-efficient process of validating.

To this end, developers created what is called the “difficulty bomb” to slowly but surely encourage this transition away from mining. The bomb, which was activated on March 14, 2016, increases the difficulty levels for miners to find an Ethereum block over time. This schedule at which this bomb slows block production has been delayed three times over the course of the last five years as developers re-worked plans for launching Ethereum 2.0.

The most recent delay to the difficulty bomb occurred on Jan. 2, 2020. This may be the last time the difficulty bomb is pushed back as tentative estimations by some developers suggest the transition to Ethereum 2.0 could begin officially sometime this year and replace the existing network by late next year.

While there is no telling what new technologies and standards of blockchain practice will be innovated as a result of Ethereum 2.0, looking back at the first five years of the network’s development does give some indication. In that time, Ethereum has undergone network-splitting upgrades, faced crippling technology bottlenecks, advanced new forms of fundraising for crypto projects and formalized a launch plan for migrating to Ethereum 2.0.