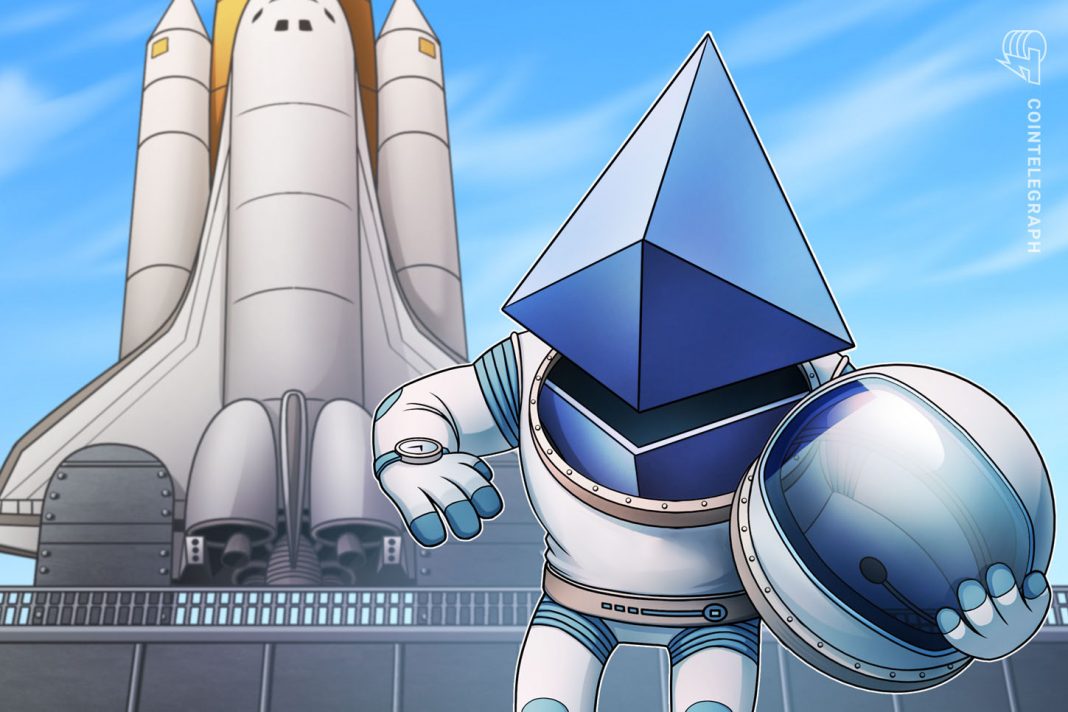 Cointelegraph spoke with Konstantin Kladko, the CTO of the Skale Network, a blockchain platform based on Ethereum (ETH).

Kladko holds a PhD in Physics from the Max Planck Institute and a Masters in Computer Science from Stanford. Over the course of a long career that includes the Los Alamos National Laboratory and Sun Microsystems, he also contributed to the making of Java.

While Kladko is undeniably an Ethereum fan and believer — referring to it as “an unstoppable bulldozer” — he often goes against popular community narratives, especially regarding “layer-two” scaling.

As Cointelegraph previously reported, in 2019 the Ethereum community largely pivoted away from Plasma, a proposed network of sidechains that would have taken a large portion of the computational burden away from mainnet. A class of layer two-solutions named Rollups took their place, with two variants named zk-Rollup and Optimistic Rollup.

The issues with zk-Rollups

The former is based on the concept of zero-knowledge proofs, which in this case would be used to verify the correctness of what is happening in the sidechain efficiently. The Ethereum community itself has largely distanced itself from zk-Rollups, due to issues with performance and the inability to use smart contracts on such chains.

“We looked into zk-STARKs a lot at Skale, and the conclusion that we came to was that it’s a promising, fundamental technology, but it’s probably like five years not ready yet — in the sense that it’s slow.”

He said that according to his “back of the napkin” calculations, making a trade would require waiting “for something like an hour.” Kladko nevertheless revealed that Skale is using the technology for generating random numbers, where it is quite effective.

For scaling applications, however, he believes that they “need to be 100-times faster to be super usable” in practical settings. That may take some time, as the “low-hanging fruit in this algorithm” has already been picked, Kladko said.

“It’s [an issue of] fundamental science, so we’ll see […] But the technology is really interesting,” he concluded.

It is worth noting that the recently launched DeversiFi features zk-STARKs for scalability, though the details of their implementation are not public.

The other Rollup solution radically changes the security assumptions of the second layer. Instead of verifying that all transactions are correct, the system simply assumes them all to be valid, and lets users submit “fraud proofs” if the operator misbehaves.

But that only includes stealing money outright, which Kladko called an “edge case.” He explained:

“The reason why we looked at this thing and decided to skip is because of centralization. The only thing that the Optimistic Rollups guarantee you is that if you steal money directly, people can complain and you will get caught. […] But, if you are doing DeFi, no one physically steals money. […] What they do is front-running.”

Front-running relies on having exclusive information about a trade that is about to be submitted and acting on that insider knowledge. For example, a centralized exchange could theoretically front-run its users by placing short positions as soon as it sees an influx of new sell orders.

Kladko said that this phenomenon already happens on decentralized exchanges like Uniswap, due to the delay between submitting a trade to the mempool and its inclusion in a block — but that knowledge is public.

“Now, the critical thing about the Optimistic Rollups is that the rollup operator — the guy who actually runs the thing — he’ll get these trades first.”

This is the reason why Kladko believes rollups to be centralized — only the operator will have access to this insider knowledge. That, in his opinion, excludes them from use in decentralized finance, leaving payments the only possible use.

Kladko lamented that all layer-two solutions are expressions of a peculiar mentality among the “initial ETH community,” who in his opinion are “really interested in things, but not so much interested in what a typical startup does,” referring to the obsessive focus on the needs of the customer found in the “lean startup” world.

He compared the situation with the Homebrew Computer Club, a community of computer enthusiasts founded in the 1970s:

“They were these hobbyists that were just interested in computers, and on the other hand they couldn’t care less about the rest of the system. So, for instance, before Apple, you couldn’t really buy a computer. You would have to buy parts and just solder them. And the Homebrew Club guys were like, ‘yeah, that’s totally reasonable.’”

Nevertheless, only real-world testing will tell if solutions like Optimistic Rollup or OMG Network’s Plasma will find adoption.