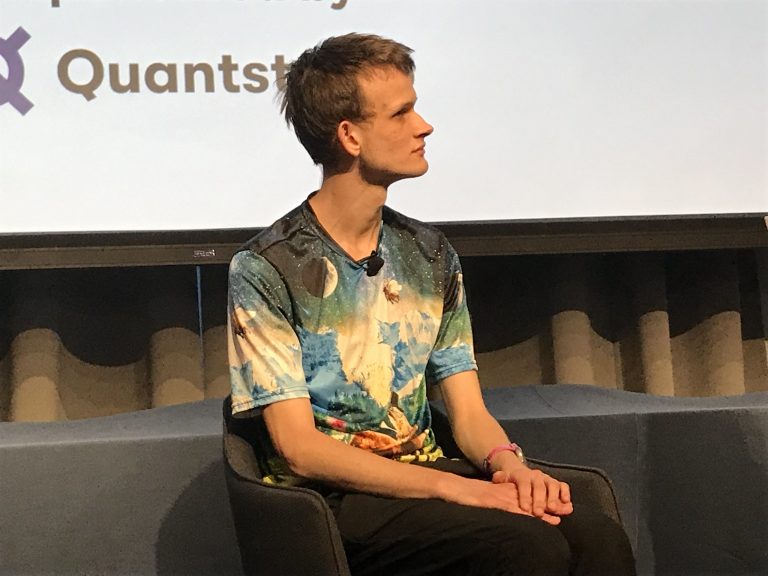 Rising congestion on the Ethereum blockchain has driven up transaction fees tenfold this year to the highest since early 2018.

That’s pressuring the network’s developers to speed up crucial upgrades, while possibly creating an opening for competitors to lure away project developers.

It’s a lucky problem to have, since the congestion shows just how popular Ethereum has become as an ecosystem within the cryptocurrency realm.

You’re reading First Mover, CoinDesk’s daily markets newsletter. Assembled by the CoinDesk Markets Team, First Mover starts your day with the most up-to-date sentiment around crypto markets, which of course never close, putting in context every wild swing in bitcoin and more. We follow the money so you don’t have to. You can subscribe here.

The ether token’s market capitalization, at roughly $27 billion, is just one-sixth of the older and larger bitcoin’s. Yet Ethereum dominates some of the fastest-growing parts of the industry, including dollar-linked “stablecoins ” like tether (USDT) and the automatic lending systems of “decentralized finance,” or DeFi.

Now, however, the elevated transaction fees are raising concerns among some cryptocurrency analysts and investors who fret that Ethereum developers could be months or even years away from a fix, with no clear end in sight to the surging traffic.

A handful of alternative networks aiming to be “Ethereum killers” have emerged over the years. None have achieved that aim so far, but prohibitively high fees could present an opportunity for Ethereum’s more scalable rivals.

“It’s good because people want to use Ethereum, but the counter-signal is that it can’t necessarily handle all this usage, and therein lies the opportunity to provide an alternative,” Ryan Watkins, a research analyst at the cryptocurrency data firm Messari, said in a phone interview.

The episode underscores a nagging question for the entire industry – whether cryptocurrencies are ready for mass adoption by consumers or investors.

The network “continues to suffer from some scaling issues, which are becoming more problematic as it grows,” says Rich Rosenblum, a former managing director of the Wall Street firm Goldman Sachs who now leads the markets group at the cryptocurrency firm GSR.

Under the rules of the Ethereum network, users can offer to pay a higher fee rate to get their transactions processed faster. So when there’s lots of activity, the fee rates can quickly spiral upward.

According to Coin Metrics, the average cost per transaction has climbed to a 7-day average of about 91 cents, from about 8 cents at the start of 2020.

Ethereum’s fees are calculated using a base unit called “gas,” and are charged for any use of the network for activities such as smart contract execution.

“As of now, high gas fees are keeping smaller players from being able to participate in some of DeFi’s most interesting protocols, such as Synthetix,” said Digital Assets Data’s Connor Abendschein.

Ethereum’s dilemma would be easily recognized by even a B-rate CEO from the old-world economy: High prices invite competition; it’s great to own the golden goose – just don’t kill the golden goose.

As noted by the website Eth Gas Station, which tracks fees on the network, “The long-term success of Ethereum depends on a healthy and efficient market for the price of gas.”

Ethereum co-founder Vitalik Buterin sounded his own warning on Monday when he noted in a tweet that transaction fees now represent nearly half of the rewards that cryptocurrency miners get from confirming new data blocks on the network.

The problem, according to some analysts and investors, is that a fix isn’t likely until later this year or well into 2021, and is just one of many upgrades. There’s no clear consensus on how to reform the fees, and the network is already driving toward a major overhaul known as Ethereum 2.0 that already has been pushed back several times.

According to a Coin Metrics report last week, the high fees could make the network prohibitively expensive for applications like gaming and collectibles that depend on large numbers of low-cost transactions.

“The reason Ethereum has been so successful for distributed applications is its low cost,” Gavin Smith, CEO of the cryptocurrency hedge fund Panxora, said Monday in a phone interview. “The whole idea was that each transaction is a microtransaction. If you’re paying a large fee every time, it’s no longer practical.”

Prices for ether, the native token of the Ethereum network, have risen 105% this year, a performance that dwarfs bitcoin’s 32% climb.

Ether’s performance in digital-asset markets reflects traders’ bets that the Ethereum blockchain will continue to see high usage. But from the perspective of users, the token’s higher dollar price just makes the fees look that much more expensive.

Trend: Bitcoin’s month-long low volatility price squeeze has ended with a bullish break that could power the cryptocurrency higher to $10,000.

The top cryptocurrency by market value had been largely trading in the narrow range of $9,480–$9,000 in the four weeks to July 21. As a result, bitcoin’s price volatility, as represented by Bollinger bands, had narrowed to levels last seen in March 2019.

Bitcoin jumped over 1.5% on Wednesday and printed a UTC close above the upper Bollinger band, confirming a range breakout. Wednesday’s UTC close also invalidated a bearish lower high at $9,480, created on July 8.