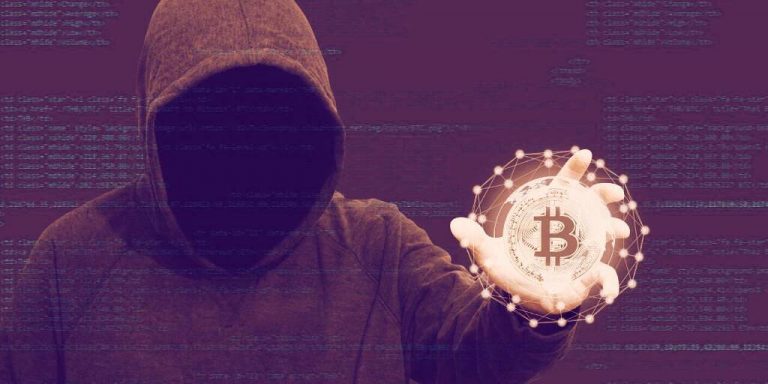 Bitcoin isn’t anonymous. At best, it’s pseudo-anonymous; you can hide your real identity easily enough, but anyone can trace your transactions on a public ledger and leverage that information to find out who you really are.

Seeking anonymity isn’t just the preserve of criminals and those with something to hide; there are plenty of good reasons why you might want to buy Bitcoin anonymously. The know-your-customer (KYC) data held by cryptocurrency exchanges is a prime target for hackers, with several exchanges including Binance and Coinsquare having been hacked in recent years.

Once that information is loose, it’s a tempting opportunity for fraudsters and scammers looking for an opportunity to pry your Bitcoin away from you. Anonymity keeps your Bitcoin safe, but it also keeps you and your personal life private.

“This kind of privacy is important for anybody who believes strongly in being able to hold wealth and transact it without being constantly tracked,” Ray Walsh, digital privacy expert at ProPrivacy told Decrypt.

There are two main ways of buying Bitcoin anonymously: in-person and online.

How to buy Bitcoin anonymously in person

If you’re looking to buy Bitcoin on one of these machines with any level of anonymity, you’ll have to find a Bitcoin ATM that isn’t operating under these or similar regulations. It’s also worth noting that Bitcoin ATMs have purchasing limits, so if you’re looking to obtain a large sum, you’ll need to consider other options.

A second strategy is good old-fashioned physical meetings. Using some peer-to-peer marketplaces it’s possible to find a seller to meet in person by filtering by location, fiat currency, and amount of Bitcoin you’re after. Of course, this requires a degree of trust on both the buyer and seller’s part, and cash-in-person offers are relatively few and far between on such sites.

If you’re lucky enough to know a Bitcoin miner, you can also pay to access freshly minted Bitcoin without any transaction history.

Obviously, offline strategies can only take you so far; the crypto industry’s home is on the Internet, after all. The good news is that there are plenty of ways to reduce the digital footprint of your Bitcoin, including peer-to-peer exchanges, privacy-preserving browsers, and tumbling services available on the dark web.

Also known as decentralized exchanges, peer-to-peer exchanges arrange trades directly between users, without the exchange itself holding any funds. They include platforms such as LocalBitcoins, potentially the world’s largest peer-to-peer crypto exchange; it lets you link up with buyers and sellers individually, as well as choosing your preferred payment method.

By using a peer-to-peer exchange, you can ensure that there’s no centralized entity—vulnerable to hacking—holding your KYC data. To ensure a greater level of security through anonymity, however, you’re going to need some additional tools.

Firstly, consider using Tor, or The Onion Router. Tor obfuscates your online activity by sending your data to different servers, all of which are heavily encrypted. This makes it incredibly difficult (but not impossible) for someone to identify you. It is also important to use a VPN (a virtual private network) on top of Tor, just in case the first and last machines you connect to via Tor are owned by the same person.

Next up is Tails, or The Amnesic Incognito Live System, which can and should be run alongside Tor. Tails forces all of your computer’s incoming and outgoing connections through Tor itself, and blocks any non-anonymous connections automatically.

Once you are accustomed to using these anonymity tools, it’s time to think about using Tor to find Bitcoin tumbling services. Tumbling (also known as mixing) involves sending your Bitcoin to a tumbling service so that it is returned to you at a different address, thereby obscuring your crypto trail.

There are many Bitcoin tumblers out there, but, in the spirit of anonymity, it’s safest to use a tumbler that is available on the dark web, like BitMixer or Gram’s Helix. At the very least, make sure to use a decentralized tumbler like CashShuffle, so you don’t have to trust a centralized entity with your data.

It’s worth noting that dark web services like tumblers are used by bad actors such as money launderers, and have come under intense scrutiny from law enforcement in the past. After dark web mixer Helix was shut down by law enforcement, US Attorney Timothy J. Shea of the District of Columbia commented that, “For those who seek to use Darknet-based cryptocurrency tumblers, these charges should serve as a reminder that law enforcement, through its partnerships and collaboration, will uncover illegal activity and charge those responsible for unlawful acts.”

Without using anonymizing tools, Bitcoin and other cryptocurrencies are, in many ways, easier to trace than cash transactions. Fully anonymizing your Bitcoin is a tricky business, but that doesn’t mean you should dismiss the need for privacy.