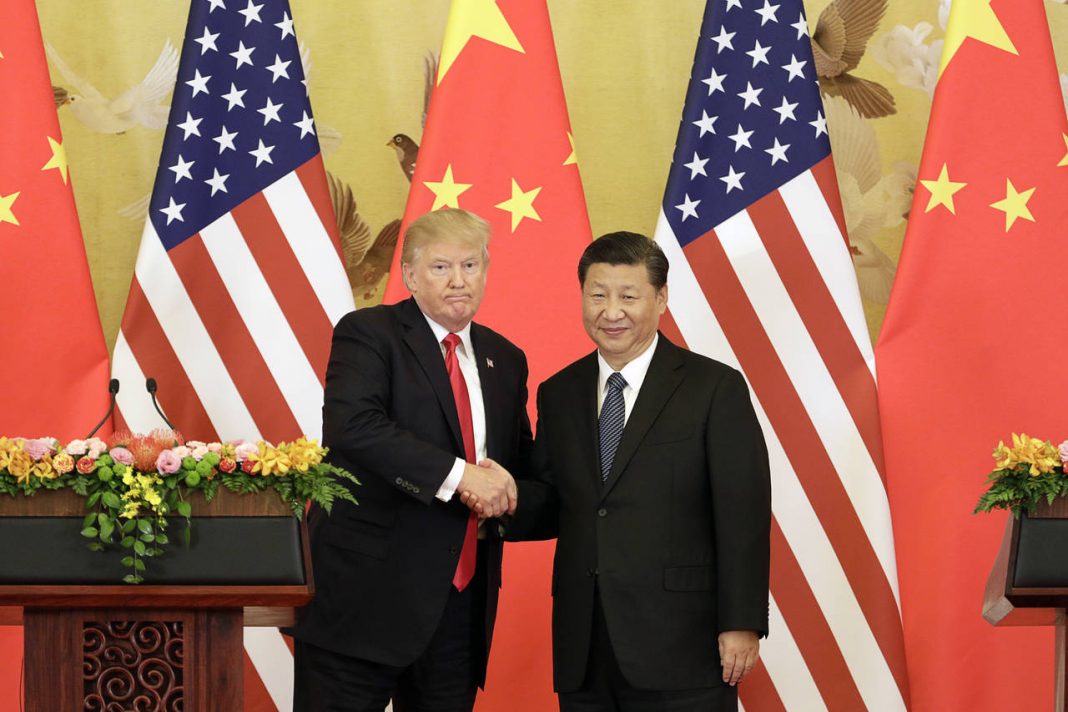 Not a day seems to pass without further evidence of the mounting economic tensions between China and the United States, the world’s two largest economies.

This growing antagonism will have a bigger immediate impact on China than on the US, as bilateral decoupling fuels a broader ongoing process of deglobalisation. And the negative spillover effects for a subset of other countries – which I call the dual-option economies – could be particularly significant.

Even from a purely economic perspective, it is hard to envisage any durable abatement of Sino-American tensions in the near future. And that is before factoring in national-security issues, let alone those relating to technology and human rights.

The economic and financial implications of Covid-19 are uniting three segments of the US economy in decoupling from China. This dynamic is unlikely to abate anytime soon and will be mutually reinforcing, meaning that one plus one plus one adds up to more than three.

For starters, the US government recently escalated a long-running tit-for-tat conflict by imposing bilateral economic and financial sanctions on China, with explicit bipartisan backing from Congress. The blame game over the pandemic serves to reinforce the tougher US stance, which is unlikely to change, regardless of the outcome of this November’s presidential and congressional elections.

America’s corporate sector also will drive decoupling, as more US firms look to tilt away from efficiency and towards resilience. This entails “near shoring”, “reshoring”, or “localisation,” which implies moving Western supply chains out of China. Some industries, such as pharmaceuticals and technology, will likely come under pressure from governments in the US and elsewhere to do the same.

This does not mean that Western multinationals will abandon China anytime soon. Most will instead look to move towards an “in China for China” model. But this approach will lessen these firms’ involvement in the country, increase their vulnerability, and limit their ability to inform and influence outcomes that affect them.

US households will contribute to the decoupling, too. With the recovery from the deep coronavirus-induced recession likely to be slow, and the global economy in a highly desynchronised phase, part of the recent jump in US unemployment is likely to prove frustratingly slow to reverse.

Although this multifaceted decoupling process will create economic headwinds for both the US and China, its impact is likely to be asymmetrical. Specifically, China is more vulnerable, because it still needs the global economy to facilitate its impressive development process. The issue here is not so much China’s short-term growth performance, given that a V-shaped recovery is already underway. Rather, economic decoupling threatens to complicate the country’s highly challenging middle-income transition, which has proved to be the trickiest stage of the development process for many other economies.

Decoupling will also make it costlier for China to sustain some of its recent international economic ventures, such as the signature Belt and Road Initiative (a massive transnational infrastructure investment programme) and its large-scale lending to many developing countries. In particular, the Chinese government may find it harder to push back against the narrative that too many of these alliances are transactional and one-sided, and not strategic enough.

Finally, rising Sino-American tensions may have major implications for dual-option countries such as Australia and Singapore, which have maintained strong national-security links with the US and equally strong economic ties with China. While the cost of this dual-option strategy has been low so far, it will now likely rise, as is already increasingly the case in technology.

These countries will have to consider the possibility that they will be asked to choose between the two leading global powers – something that I suspect they would be unwilling and unprepared to do. Although this is the most important foreign-policy question facing many governments, so far it has generated relatively little discussion.

All these factors point to an unusually uncertain macroeconomic and microeconomic outlook that is ever more vulnerable to policy mistakes and market accidents. The preferred destination for all is what former Google CEO Eric Schmidt calls a “rivalry partnership” between the US and China, whereby healthy competition does not preclude the cooperation and shared responsibility that are critical to tackling major global challenges such as climate change and pandemics. The challenge will be to avoid a damaging derailment during what is likely to be a long and bumpy journey toward this goal.

Mohamed A. El-Erian is chief economic adviser at Allianz, the corporate parent of Pimco, where he previously served as CEO and co-chief investment officer. He is also a former deputy director at the International Monetary Fund, and is president-elect of Queens’ College at Cambridge University.