Litecoin (LTC), currently the fourth-largest cryptocurrency by market capitalization, has just reduced its block reward for miners by half.

The litecoin blockchain reached the trigger block height of 1,680,000 at 10:16 UTC on Monday, according to the litecoin explorer from mining pool operator BTC.com.

The event marks a major threshold for miners, as the litecoin network is designed to reduce its mining rewards by half every 840,000 blocks (roughly every four years). 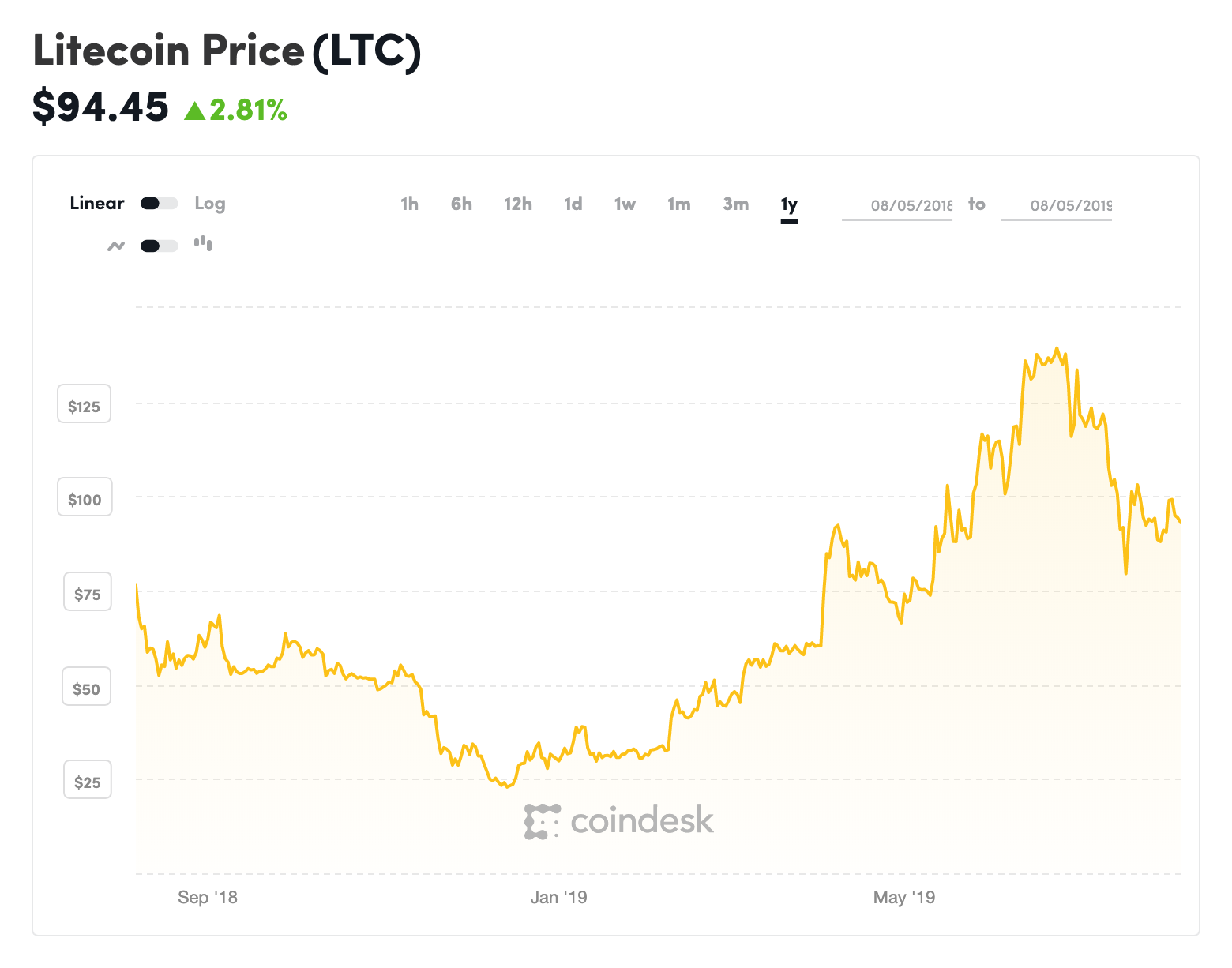 For this “halving,” the mining reward for every block has been reduced from the previous 25 LTC to 12.5 LTC.

Given the block production time on the litecoin network is around one block every 2.5 minutes, roughly 576 blocks are produced in every 24 hours with a new supply of 7,200 LTC entering into the market – half the previous daily level of around 14,400 LTC.

As of press time, about 63 million out of the total issuance of 84 million LTC are effectively in circulation, leaving about 21 million LTC block mining rewards – worth $2 billion at today’s prices – available for miners to compete for in the future.

Since early this year, LTC’s price has seen a significant uptick from around $30 in January to as much as $120 in June, but has since then decreased to around $100.

In line with the price increase ahead of the anticipated halving event, hash rate computing on the litecoin network and the mining difficulty have both jumped by 200 percent since end of December 2019.

The halving will likely have an affect on the interest in mining participation, as several widely used litecoin mining devices will now have a tough time generating enough LTC to offset electricity costs.

According to a miner profit index from f2pool, one of the world’s largest mining pools by hash rate, the three most profitable LTC miners made by InnoSilicon and FusionSilicon X6 had a profit margin of between 55 and 60 percent before Aug. 5.

Other older models such as Bitmain’s AntMiner L3, however, already had a profitability that was less than 50 percent based on an electricity cost of $0.04 per kWh and LTC’s price before the halving.

Holding everything else constant, reducing the mining revenue by half could lead to a net loss for miners with such older models, as Shixing Mao, co-founder of f2pool, said in a Weibo post: