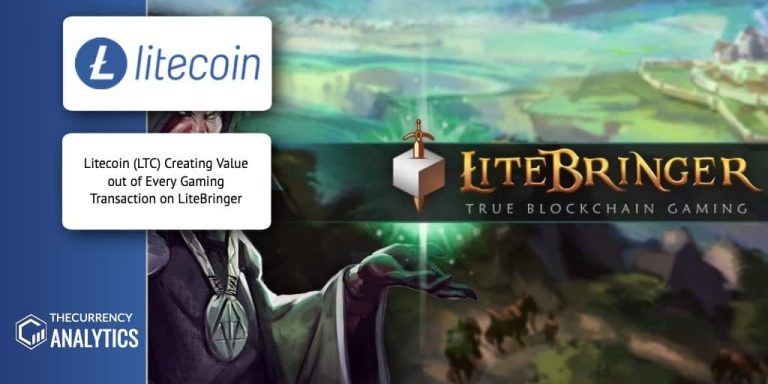 LiteBringer is all about True Blockchain Gaming. What is exciting about LiteBringer is that it is the first true Litecoin game.  It provides level up RPG characters and the potential to trade with other players and earn some real money.

Litecoin Foundation tweeted:  “The first ever role playing game built upon the Litecoin blockchain was just announced during our Litening Series event! We’re very happy and excited for litebringergame for making this possible.”

With LiteBringer, it is possible for users to embrace the revolutionary potential of the blockchain just like few other games before.  Bring a truly decentralized application, the whole game occurs in the Litecoin blockchain.  The good thing is that there will be no servers involved and players will be able to exert unprecedented control over the game.

In the process of perfecting the strategy, the idea for a level up fighter, rogue or sorcerer in an imaginative fantasy world is to get promoted to an advanced class which is even more powerful.  It is important for the people to choose the best equipment for each task and to eventually send the heroes on an increasingly difficult quest. To earn an epic loot the gamers should defeat mighty bosses.

Every move that is made in the game is considered a “transaction in the Litecoin blockchain” which will create value. And, every weapon and item is value.  Also the characters can be traded safely and without limits.  This is the power of cryptocurrency. It is possible to make smarter decisions than other players who are earning money while enjoying the game.

Sydney Ifergan, the crypto expert tweeted:  “I like the idea of playing smart and making money the Litecoin (LTC) blockchain with the LiteBringer.”

For those who are new to LiteBringer, it is developed by the makers of Tibia, which is a groundbreaking multiplayer role-playing game that has been online since 1997. Players who are willing to get involved will be able to expect a complex gameplay, which is an innovative feature with lot of knowledge on keeping the game exciting for decades.

Litecoin (LTC) On the Key Should Be Kept Safe

Those who are willing to know more about the game should go through the extended Instruction to know more about certain aspects of LiteBringer.  The step to get started is to create an account for which a key will be generated and the key should be saved into a file. Needless to say, the password should be kept secure.  Also, there is no possibility to recover a lost address or password! So the key should be kept safe.