Although cross-border expansion can be a major business growth opportunity for U.S. companies today, that wasn’t always the case.

The global market has historically revolved around the U.S. and, therefore, the U.S. dollar, leaving few incentives for companies to overcome the numerous obstacles and pain points involved in broadening business into new markets overseas.

Alfred Nader, OFX president, North America, said this has been the status quo since at least World War II. Yet in the last decade alone, a massive overhaul in how U.S. corporates fit in the global landscape has led to businesses large and small becoming eager embracers of cross-border trade.

And yet, the same legacy challenges remain to operate globally.

In a conversation with PYMNTS, Nader discussed the role payments plays in helping (or hampering) a company’s global growth ambitions, and the value of an efficient global payments strategy on giving smaller companies a competitive edge that had once been out of reach.

Although the globalization of U.S. businesses has broadened growth opportunities and opened up new revenue streams, the banking and financial services space hasn’t quite caught up to the modern needs of U.S. companies that had once only dealt with the U.S. dollar.

“As we become more global in nature here, businesses’ competition is no longer the person across the street or from another state,” said Nader. “Businesses are competing directly with other countries. And the way you compete to get clients — apart from having a superior product — is to make it easy to do business with you.”

That means being able to send and receive payment regardless of location, yet traditional offerings often fall short, he said.

When sending a payment via the legacy correspondent banking network, for example, businesses will often decry the lack of speed and transparency involved as funds bounce from one financial institution (FI) to another.

An alternative to this payment strategy is to open up a bank account in each market in which a business operates. Even for the largest corporates, this can be a tedious and resource-consuming task. Yet for small- to medium-sized businesses (SMBs), Nader noted, this has been next to impossible.

“If I’m doing business in Germany and I want to open a euro account with a German bank, chances are, if you’re an established company, it’s easier to do if you have a physical presence and employees in Germany,” said Nader. “But for a company that’s just starting to sell internationally, the ease of opening up a foreign bank account is non-existent.”

The other option is to obtain a multi-currency bank account, but again, Nader noted, for smaller companies this is rarely available from their banking providers. This also adds friction for payers, he explained, which not only have to input that bank account number when initiating a transaction, but also include a reference number and name of the payee business, making extra work for the client.

OFX aims to lower these barriers to entering markets across borders with the recent launch of its multi-currency virtual account for SMBs, a solution that enables an SMB to outsource the pain of opening up local bank accounts in multiple jurisdictions. Because this strategy bypasses the correspondent banking strategy, SMBs can gain visibility into an initiated transaction as soon as the same day.

Nader emphasized that by collaborating with financial technology providers, SMBs can not only more easily begin to send and receive funds from across borders in various currencies, but can also lower barriers to their own clients. Making it as easy as possible for a customer to pay a business — preferably in that client’s local currency — is a competitive differentiator that is even more valuable to businesses in the wake of the pandemic.

This collaboration also means SMBs can not only gain the kinds of services once reserved for larger corporates, but also receive guidance on otherwise complex workflows like managing foreign currency fluctuations and mitigating foreign exchange (FX) risk. Doing so can help bolster SMB cash flows at a time when financial resiliency is critical.

“It is a competitive advantage for companies to be able to move money around the globe easily, especially during this pandemic,” Nader said. “Small businesses are looking to expand their client base, because just because you’re a small business doesn’t mean you’re a local business.”

Staying home 24/7 has consumers turning to subscription services for both entertainment and their day-to-day needs. While that’s a great opportunity for providers, it also presents a challenge — 27.4 million consumers are looking to cancel their subscriptions because of friction and cost concerns. In the latest Subscription Commerce Conversion Index, PYMNTS reveals the five key features that can help companies keep subscribers loyal despite today’s challenging economic times. 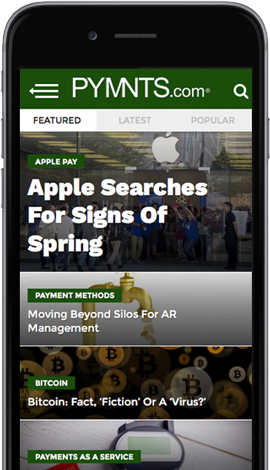