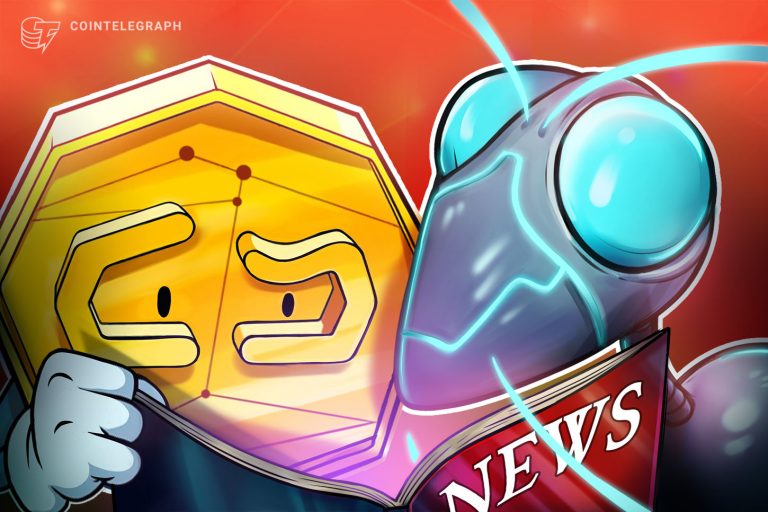 It’s been a good week for Bitcoin. The dollar price is up more than 3 percent to around $9,500. That $10,000 ceiling is looking more fragile than ever. One sign that the ceiling may be about to break is the decline in Google searches for “Bitcoin.” According to Google Trends, search interest is the lowest since December 2019. Last time search interest fell by such a degree, the price climbed around 50 percent.

One coin in which interest is running high—and putting up prices—is pennies. A slowdown in coin production caused by the coronavirus has led to a shortage of small change. The Community State Bank of Milwaukee is now offering a 5 percent premium to customers who bring in their coin jars. Meanwhile, there’s no shortage of Satoshis.

Mastercard is doing its bit to promote a cashless economy: the company is trying to partner with cryptocurrency firms. The Office of the Comptroller of the Currency, a banking regulator, has given permission to federally chartered banks to custody cryptocurrency. It’s nice that they’re offering. And former Commodity Futures Trading Commission chair, J. Christopher Giancarlo, has told a Senate banking committee’s subcommittee that the US should be running pilot programs to develop a digital dollar. On the other hand, South Korea has introduced a 20 percent tax rate for income produced by crypto-trading. That’s what happens when governments get to grips with cryptocurrencies.

A digital dollar would have to be secure, though, because plenty of fraudsters and bad actors are trying to make off with and use digital currencies. Coinbase managed to stop more than 1,000 customers sending about $280,000 worth of Bitcoin to the Twitter hackers. In Argentina, the country’s largest telco has been the victim of a $7.5 million Monero ransomware attack. And in an appalling case in Italy, two teenagers were arrested for allegedly watching the live online torture of children. They’re said to have paid for the stream with Bitcoin.

Ethereum, though, is trying to recruit hackers. The foundation has set up two networks for hackers to attack in exchange for a bug bounty.

The hackers might find that the networks are protected by a Thing or two. Dr. Seuss’s famous characters, including the Lorax, the Cat in the Hat, and Thing One and Thing Two, are now available from Dapper Labs, the company that brought you Cryptokitties. If more music were available for cryptocurrencies, customers would also use them to give musicians a bigger split.

And in South Africa, the Divi Project Community raised 67,000 DIVI to mark Nelson Mandela’s 67 years of humanitarian work. The funds will be used to buy 67 food packages for 67 families who have lost their income to Covid-19. That’s a good week’s work.

Check out the audio version here:

The views, thoughts and opinions expressed here are the author’s alone and do not necessarily reflect or represent the views and opinions of Cointelegraph.