RIPPLE keeps expanding and now its focus on the Middle East.

Dilip Rao is Ripple’s global head of infrastructure innovation, and he released a statement that almost 200 financial institutions and banks are now connected to the RippleNet. 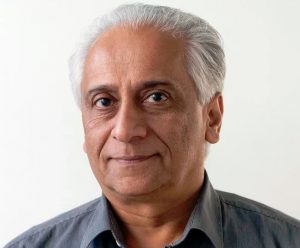 this means that at the current rate every 6 days another customer is added to its network of payment providers that that use the company’s software solutions in order to process cross-border payments.

“We have to date signed up close to 200 financial institutions around the world, many of them from this part of the world…We now have three banks in Saudi Arabia, two in Kuwait, one in Bahrain, one in Oman, a couple in the UAE here. And it really is our fastest growing marketplace,”

According to Rao, early adopters of Ripple’s tech can enjoy the company’s solutions where traditional payment platforms such as SWIFT are not practical.

“In some parts of the world, in South Asia for example, banks have given up on using Swift and have built their own proprietary technologies to interface into these corridors so they can move money quickly and cheaply to meet the needs of customers in these high volume corridors…” Dilip Rao

in today market if you send money abroad it is most often not clear what the costs are and all too often what yo send is not what the other side receives.

When commission can be performed in an flat-fee  this is an issue, as the fee might actually be close to the amount you want to send, so for smaller amounts that are to be transferred Ripple is the solution.

He concluded that this could lay the foundation for machine-to-machine transactions that move as little as a fraction of a penny.

All in all this is great news for the people that have ripple or invested in Ripple .

as this Cryptocurreny keeps on going strong and becomes more and more mainstream so also does its value and its value for traders.

if you plan to trade in cryptocurrencies, Ripple is one of the more trusted coins to trade in , this of course besides Bitcoin , ethereum and litecoin.

There are enough Brokers that have added Ripple to their offering like LegacyFX and UBCFX.

in short this is the cryptocurrency to watch for in 2019