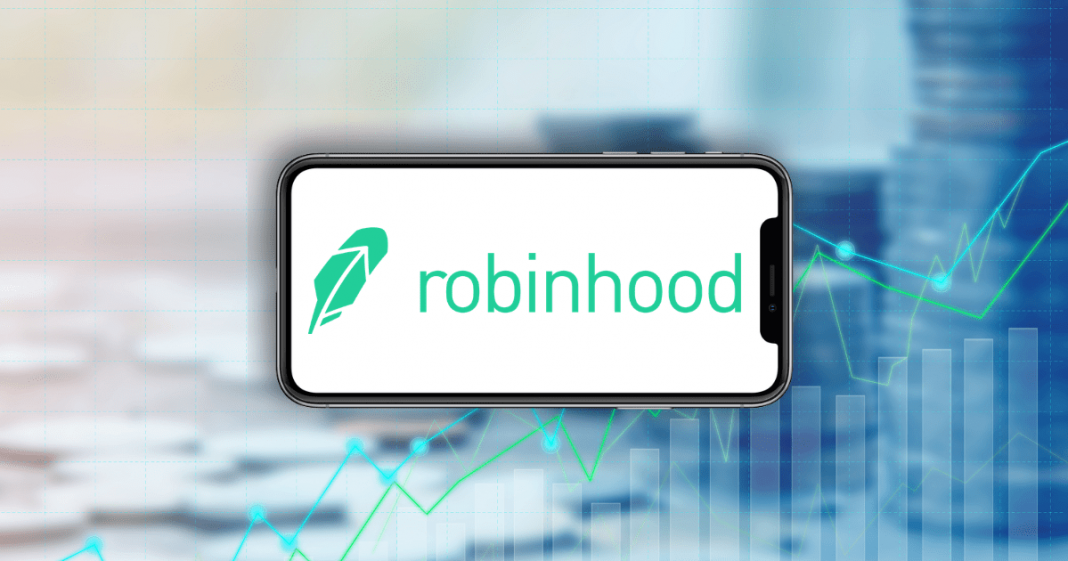 Reviewing Robinhood is a complex task.

Robinhood has democratized investing, making it affordable for people of any age and income. It offers free stock trading and has pushed many discount brokers to offer free trading as well.

With more than 13 million users with an average age of 31, Robinhood is a marketing phenomenon. It has introduced millions of young people to the stock market; they’re attracted to the free trading and the streamlined app.

A litany of controversies also surrounds the Robinhood brand.

Robinhood has contributed to a culture that has “gamified” securities trading into something similar to a casino. Robinhood makes investing so frictionless and accessible that some people end up trading beyond their knowledge and financial means.

In this post, I’ll explain who should and shouldn’t use Robinhood. I’ll also explain what types of trades and investing work well with Robinhood and what’s better left to other platforms.

Who Should Use Robinhood?

Robinhood is a self-directed investment platform that opened in 2012. You’re eligible to use Robinhood if you:

I’ve used Robinhood for years. It’s my go-to investment platform, and I also have a cash management account with Robinhood.

However, as I’ll explain in this Robinhood review, many people shouldn’t use the platform.

It’s great for introducing people to the concept of investing in the stock market and, hopefully, to get them thinking about long-term financial goals.

Robinhood lets you buy fractional shares and small quantities without jumping through many hoops. A super low barrier to entry and an extremely streamlined user experience help inexperienced investors educate themselves.

It’s also a good platform for long-term, buy-and-hold investors who want as little hassle as possible but are interested in checking their investments frequently. But they need to have the discipline to resist the temptation to sell.

Robinhood Review: Where It Shines

Robinhood has served an important role in making the stock market accessible to everyone and encouraging a younger generation to consider investing. If you read a Robinhood review that doesn’t mention that fact, it’s probably incomplete.

“I’m so glad Robinhood exists, because they changed stock trading in the United States by offering zero-dollar trades,” money expert Clark Howard says. “They made trading affordable for people of any age and any income. Robinhood eventually forced discount brokers to go from discount to free.”

Robinhood Review: Where It Falls Short

The simplicity of the entire Robinhood experience is a double-edged sword.

I’ve never experienced such a frictionless investment platform. Robinhood has made a clear judgment to prioritize ease of use over almost everything else.

If the goal is to attract otherwise-uninterested people to learn more about investing and long-term financial planning, that’s helpful. But several problems arise from its “simple over everything” ethos.

“You’ve got inexperienced people without a lot of capital that are engaging in trading activity that can be dangerous to their financial well-being,” Clark said. “You have people who are trading like it’s gambling. To them, it’s like they’re in a giant electronic casino rather than investing in stocks as a long-term financial security.”

1. Access to Options Trading and the Alexander Kearns Suicide

Kearns had been trading options on Robinhood. His suicide note reportedly expressed disbelief that the platform had allowed him “to get assigned almost a million dollars’ worth of leverage.”

News reports after Kearns’ death indicated he had not actually built up nearly $750,000 in debt. But it drew attention to how easy the Robinhood platform made it for new investors to make risky, complicated trades that even the most seasoned stock market veterans often avoid.

The last two requirements are enough to meet federal regulations. But other brokerage firms provide more substantial caution flags, including the offer of a phone consultation to explain the risks of options trading, a service that Robinhood does not provide.

The New York Times was one of several publications to hammer Robinhood as a result, writing an editorial titled “A Suicide, an App and a Time for a Reckoning.”

When you buy stock, there must be a seller to complete the trade.

Unless you specify your bid price, which is the highest amount you’re willing to pay for a stock, a matchmaker of sorts will help execute your trade.

For popular stocks, the spread between buyers’ bid prices and sellers’ asking prices tends to be small. But for more volatile stocks with less trading volume, the spread can be larger.

Perhaps the most aggressive buyer has entered a bid price of $10 per share, while the most conservative seller is asking $11 per share. A market maker handling buy and sell orders at unspecified prices may execute a trade at $10.50, considering the spread between the bid and asking prices.

Handling those orders gives market makers insight into how much demand there is for specific stocks and gives them a chance to shape the prices.

Brokers like Robinhood take orders from their users and sell them to third-party market makers to execute trades. It’s called payment for order flow (PFOF), a controversial but common practice. Market makers, also known as speed traders, can use the order flow data and the spread to make their own profits.

PFOF is Robinhood’s biggest source of revenue. The company tends to command higher payment rates for its order flows than most other platforms. Robinhood also got fined $1.25 million in December 2019 for failing to secure the best possible prices for its customers.

If this all sounds confusing, it is. Just know that if you trade on Robinhood, you may not get the best possible price. Also, Robinhood isn’t a good platform for trades with shorter time frames.

According to DownDetector, Robinhood has experienced outages every month so far in 2020.

That included 21 outages in March 2020. An outage on March 2 lasted for nearly 17 hours. The S&P 500 rocketed up nearly 116 points that day — or 3.9%. As stocks surged higher in the wake of the coronavirus crash, Robinhood traders did not have access to their platform.

Robinhood is a private company reportedly worth $8.3 billion, causing frustration among its users who view the outages as all too common, especially for a company with such vast assets.

4. The “Robinhood Rally” and the Gamification of Investing

Robinhood’s frictionless trading and game-like app (including that confetti animation when you execute a trade) have helped attract a certain type of investor.

In fact, Robinhood added more than 3 million new users to its platform in just the first five months of 2020.

Critics say Robinhood is the stock market equivalent of a casino, where the uninformed and inexperienced flock to certain stocks based on tips from online influencers and news headlines.

The Reddit forum r/wallstreetbets exploded in popularity in the late 2010s, signaling the development of a new investing culture among young people.

The forum is full of people posting screenshots of their Robinhood returns, often bragging about making large, risky bets on options trades or cryptocurrency. Posters often seem equally impressed by big wins and big losses, which tend to spawn clever memes and inside jokes, creating a cycle of engagement around Robinhood-themed content.

The slow, state-by-state legalization of sports betting combined with a COVID-19-induced shutdown of sports seemed to create a cultural tipping point. Barstool Sports’ Dave Portnoy, a leading digital influencer, started day trading in front of tens of thousands of young followers, creating “an army of day traders,” according to Bloomberg. Many of those traders were new Robinhood users.

Who Are Robinhood’s Competitors?

Few well-known companies are apples-to-apples competitors to Robinhood. Webull is probably the largest name that offers a similar product. However, you can access many of the same services through most of the traditional discount brokers, some of which are now free (see next question). They tend to offer superior research, customer service, access to more products and better trading platforms.

Do Any of Robinhood’s Competitors Offer $0 Trades?

Yes, at a certain level of access. Robinhood does not charge a penny for stock, options and cryptocurrency trades. However, Robinhood Gold costs $5 per month after a 30-day trial, and you have to have Robinhood Gold to get access to common investing research tools such as Level II market data and Morningstar reports. And without Robinhood Gold, you can’t trade on margin.

Robinhood also accepts payment for order flow (PFOF), so it does make money off of your trades. There are also fees for some services, such as a $75 charge if you want to transfer your portfolio from Robinhood to another brokerage.

Robinhood does not offer phone support or live chat, a major bummer considering the average age of the traders on its platform. Robinhood’s customer support is done almost exclusively through a form email on its website or by emailing [email protected] The company offers some level of support through its social media accounts.

Can I Trade Immediately After I Open My Robinhood Account?

Robinhood says it notifies you in less than one hour if your application is approved, at which time you can initiate a bank transfer. Because Robinhood uses instant verification with several major banks, transfers of up to $1,000 are instantly available for investing. The same goes for proceeds of up to $1,000 from selling stocks. Deposits of more than $1,000 take about four or five days to process.

Can I Day Trade Stocks on Robinhood?

Yes, but it’s not a good idea.

Clark recommends against day trading. Knowledgeable stock market veterans can lose large sums of money in minutes. Even if you do well, short-term capital gains taxes eat away at your profits. Plus you’re required to have at least $25,000 in your account if you make more than three day trades in a rolling five-day period.

Robinhood is also a poor high-volume, real-time trading platform because it lacks the customizable charts and data of other brokerages’ sites. And as I’ve mentioned, Robinhood’s quotes are delayed, sometimes significantly so.

Robinhood is so easy to use. It has helped create a powerful subculture.

The combination of those things can tempt those without much market experience to execute riskier trades than they should, to assume they can beat the market or to expect outsized returns.

The entire Robinhood experience is so streamlined that it can tempt even “buy and hold” investors to be more active.

If you’re more interested in learning about investing by playing around with a little capital rather than by reading theory, it’s a fine introduction, as long as you keep the amounts small. Robinhood is also good if you’re a long-term investor who just wants minimal friction and you enjoy monitoring your finances.

If you’ve got an addictive personality or think you may become a problem gambler given the right circumstances, or if you’re looking to be an active trader who does hours of research and needs to fight for every penny on purchase and sell prices, Robinhood is not for you.