Crypto Currencies Trading Explained | reviews | News | Trade for the future with cryptocurrencies
Home news SGX Nifty down 35 points; here’s what changed for market while you were sleeping 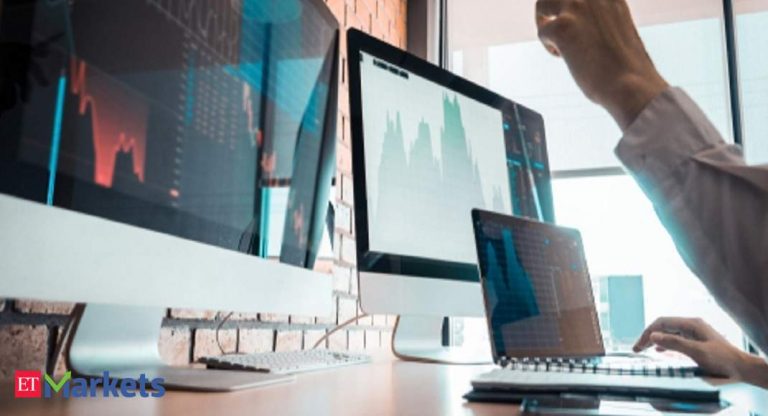 Domestic stocks may open lower on Wednesday, tracking a major military buildup on India-China border and mixed cues from other Asian markets, even as investors globally awaited the outcome of the US Fed policy review scheduled for later in the day.

Here’s breaking down the pre-market actions:

STATE OF THE MARKETS

SGX Nifty signals negative start
Nifty futures on the Singapore Exchange traded 35 points, or 0.30 per cent lower at 11,496.50 , in signs that Dalal Street was headed for a negative start on Wednesday.

Tech View: Nifty50 takes support at 20-DMA
Nifty50 reclaimed the 11,500 level on Tuesday and formed a bullish candle on the daily chart. Analysts said levels near the recent swing high of 11,585 may continue to create hurdles for the index in the immediate term. The 20-day moving average, whose value stands at 11,443, would keep offering support to the index, as was the case on Tuesday, analysts said.

Oil prices rose on Wednesday, extending gains from the previous session, as a hurricane disrupted US offshore oil and gas production and an industry report showed a big drop in US crude stockpiles. Brent crude was trading up 15 cents, or 0.4 per cent, at $40.68 a barrel, while US crude gained 18 cents, or 0.5 per cent, to $38.46 a barrel. Both contracts rose by more than 2 per cent on Tuesday.

US stocks rise with Fed meeting in focus

Rupee: The rupee pared early gains to settle 16 paise lower at 73.64 against the US dollar on Tuesday due to dollar buying by banks and oil importers. The rupee had opened higher at 73.33 but later lost ground to touch a low of 73.72 due to high dollar demand.

Call rates: The overnight call money rate weighted average stood at 3.43 per cent, according to RBI data. It moved in a range of 1.80-4.00 per cent.

Fed policy outcome today… Armed with a new interest rate strategy, the Federal Reserve will seek to reassure the US economy rattled by the coronavirus downturn as it wraps up its policy meeting on Wednesday. The two-day event concludes amid a renewed push by a top lawmaker in Washington to agree on an additional spending bill to prop up the economy following a historic collapse in GDP in the second quarter and data showing a worryingly high rate of new layoffs, AFP reported.

India’s exports shrinks in Aug… India’s exports declined for the sixth straight month in August, falling 12.66% on year to $22.7 billion, pulled down by lower shipments of petroleum, leather, engineering goods and manmade yarns. A surge in gold imports led to a trade deficit of $6.77 billion in August, the widest in five months, data released by the commerce and industry ministry showed on Tuesday. The trade gap was $4.83 billion in July.

ADB projects India contraction… The Asian Development Bank expects India’s economy to contract 9% in FY21, worse than its earlier forecast of 4% shrinkage three months ago, as the coronavirus pandemic weighs on economic activity and consumer sentiment. It, however, forecast a strong recovery for India’s economy in FY22 with an 8% growth in GDP.

RBI rate cut hopes diminish… Expectations of further interest rate cuts in the current fiscal year are fading fast as consumer price inflation (CPI) has stubbornly remained above 6% for eight of the last nine months. Economists believe the monetary policy committee (MPC) of the RBI may not be able to do much on rates this year even as the central bank faces a challenging task to ensure government bond yields don’t spike sharply despite record borrowing by the sovereign.

China, India add troops in border buildup… China is believed to have brought forward more troops in the past week along the LAC in Ladakh, taking its total troop deployment to approximately 52,000. Of these, 10,000 troops have been deployed on the southern bank of the Pangong Tso that has witnessed hectic military activity since the manoeuvres of August 29-30. These details form part of a latest comprehensive assessment by security forces on the “eyeball to eyeball” deployment of Indian and Chinese troops in Ladakh. The report notes that Chinese aggressive moves have been met with “mirror deployment” on the Indian side.

DoT to seek legal view on AGR dues… DoT is likely to seek legal opinion from the solicitor general on whether telcos need to make an upfront payment of 10% of their AGR dues this financial year, amid different interpretations of the Supreme Court order by the two sides. Telcos such as Vodafone Idea and Bharti Airtel are of the view that they have already paid more than 10% of their total AGR dues, which include licence fees, spectrum usage charge, interest and penalties, and that their first instalment falls due only in the finanial year ending March 2022.

India plans law to ban cryptocurrency… India plans to introduce a new law banning trade in cryptocurrencies, placing it out of step with other Asian economies which have chosen to regulate the fledgling market. The bill is expected to be discussed shortly by the federal cabinet before it is sent to parliament, according to people familiar with the development who who asked not to be identified, citing rules on speaking with the media. The government will encourage blockchain, the technology underlying cryptocurrencies, but is not keen on cryptocurrency trading, officials said.

Dalio says dollar status under threat… The dollar’s decades-long position as the global reserve currency is in jeopardy because of steps the U.S. has taken to support its economy during the Covid-19 pandemic, according to Ray Dalio, founder of hedge fund giant Bridgewater Associates. While equities and gold benefited from the trillions of dollars in fiscal spending and monetary injections, those efforts are debasing the currency and have raised the possibility that the US will go too far in testing the limits of government stimulus, Dalio said in an interview.