For companies subject to investigation by the U.S. Commodity Futures Trading Commission (CFTC), there is often substantial pressure to “cooperate” with agency demands for massive quantities of sensitive information and executive testimony. The traditional playbook in these circumstances is to try to curry favor with the agency by submitting to its demands, making proactive disclosures, and avoiding confrontation, all with a vague hope that the agency will reward the company with “cooperation credit” in the distant future.

In our experience, this traditional strategy often becomes little more than an organized surrender, with the company hemorrhaging bargaining leverage, inviting burdensome follow-up demands, waiving defenses, and marching willingly down the path of a multi-year investigation. Almost inevitably, the targets of these investigations find themselves so exhausted and drained for resources that they become willing to accept outcomes they never would have tolerated had they been armed with a trial-ready strategy from the outset. And, far from receiving the cooperation credit they had expected, companies find the agency distorting their good faith disclosures, asserting unprecedented legal theories, and trying to extract maximum value. 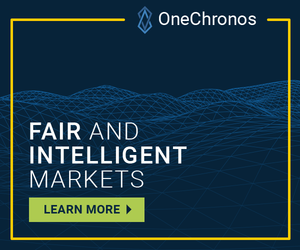 Fortunately for these companies, there is an alternative strategy.  When it comes to actual litigation, the CFTC operates outside of its comfort zone and is often a paper tiger. The Enforcement Division has publicly conceded in the past that when it comes to disputed enforcement actions, it has to be “acutely conscious about [its] limited resources.”  The CFTC often tries to overcome its limited budget by asserting broad and aggressive legal theories (with the side effect of chilling aggressive but legitimate trading activity).  While such theories may hold currency within the agency’s own walls, they often wither under scrutiny and have on numerous recent occasions failed to stand up in court. By recognizing this reality and demonstrating resolve to challenge the CFTC in court if necessary, companies can improve their bargaining leverage outside of court and achieve better outcomes than they would through capitulation.

The Power of the CFTC, and Pressures to Comply

In an investigation setting, the CFTC’s leverage derives primarily from two circumstances:

Companies targeted by a CFTC investigation must understand that the agency’s enforcement model systematically leverages these circumstances to maximize the value of settlements.

A typical investigation tends to proceed as follows: First, the CFTC serves a company with multiple broad subpoenas, knowing that the company is unlikely to challenge them in court. Over time, the CFTC is able to drain company resources, level the financial playing field, and counterbalance its own lack of resources.  After a year or two, the CFTC asks the company to enter into a “tolling agreement,” essentially waiving the company’s statute of limitations defense and buying the CFTC more time to conduct its investigation into distant events. Eventually, the CFTC overcomes the company’s will and financial ability to resist, and the exhausted company surrenders.

Sensing this, the CFTC starts making settlement overtures seeking exorbitant payments based on a distorted view of the facts and novel legal theories, which again the CFTC knows are unlikely to be challenged in court.  Eventually, the parties reach a “consent” order that enshrines the CFTC’s aggressive view of the law into a privately negotiated settlement, and conforms the “facts” to that view. (There are many examples of companies conceding legal points in consent orders that would be unlikely to hold up in court.) The CFTC then uses this consent order to justify future investigations into other companies, and the cycle repeats.

When viewed in this light, the “cooperative” approach pursued by many companies can actually be very counterproductive. Cooperating with the CTFC might make sense under some employee-centric circumstances, but when a company is the direct focus of an investigation, an appeasement strategy plays into the CFTC’s hands and fails to capitalize on the company’s primary source of leverage: a willingness to hold the CFTC accountable in court if necessary.

In many cases, companies become so distracted by cooperation that they overlook or fail to utilize valid defenses and other leverage points.   This is particularly true when the CFTC investigates conduct in underlying commodity markets, such as cryptocurrency markets, which is not a traditional subject of CFTC authority.

Many companies targeted by a CFTC investigation often discover that the CFTC is far from a beneficent regulator in search of an objective truth.  Rather, the CFTC has its own agenda – be it a large settlement, another enforcement statistic, or a high-profile press release – and acts just as strategically as any private litigant.  Companies that acknowledge this reality can negotiate much more effectively.

The key to shifting the dynamic is to fight fire with fire by exploiting the CFTC’s own pressure points. Rather than cooperating with rose-colored glasses, a strategy that counteracts the CFTC’s leverage and focuses on the agency’s weaknesses has proven to be more effective in achieving better outcomes.

While each case – including the specific legal approaches companies can employ – is different, the below are just a few tactics that could form the basis for an effective counter-offensive strategy:

The key is convincing the CFTC that the company is willing to go to court if necessary, and will do so rather than submit to disproportionate fishing expeditions or extreme settlement demands.  By pushing back, companies hit the CFTC at its weakest point – its lack of budget to litigate and its reliance on companies not being willing to go public.  It also doesn’t hurt to remind the CFTC that when it litigates, it often loses.  As one judge recently wrote when ruling against the CFTC after trial, “It is only the CFTC’s Enforcement Division that has persisted in its cry of market manipulation, based on little more than an ‘earth is flat’-style conviction that such manipulation must have happened because the market remained illiquid.”

The CFTC wants a broad enforcement mandate and large penalties, but its funding does not allow it to go to court often. This leaves the CFTC dependent on leveraging its subpoena power and its targets’ fear of publicity to negotiate private settlements.  By recognizing this and treating the CFTC like any other courtroom adversary, companies in many instances can substantially enhance their negotiation leverage and achieve better settlements or litigated outcomes.