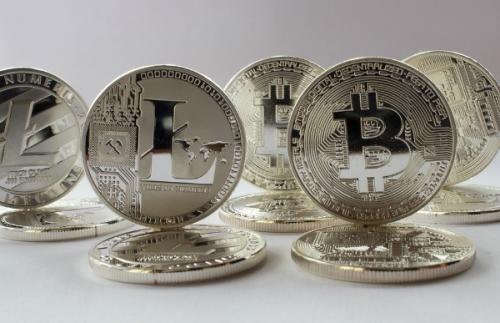 On Wednesday, September 16, 2020, the cryptocurrency exchange Kraken Financial became the first crypto company to obtain a bank charter. The Wyoming Division of Banking approved Kraken’s application for a special-purpose depository institution (SPDI) charter, which is a new type of bank charter that Wyoming specifically designed for crypto businesses. This makes Kraken the first de novo bank chartered in the state since 2006.

The SPDI is not a typical bank charter, but does allow an institution to receive deposits and conduct a range of other traditional banking activities, including fiduciary asset management, custody and related activities. As stated on the Wyoming Division of Banking’s website, it is expected that most SPDIs will focus on digital assets and virtual currencies, but SPDIs may focus on traditional assets as well. Unlike traditional banks, SPDIs are prohibited from making loans with customer deposits and therefore are not required to obtain FDIC insurance—although they are permitted to do so.

In Kraken’s blog post announcing the approval of its SPDI application, the company stated that it intends to offer a wide range of banking services, from allowing customers to pay bills and receive salaries in cryptocurrency to incorporating digital assets into investment and trading portfolios. Kraken will have a physical presence in Cheyenne, Wyoming, but intends to operate a digital-first banking model which will allow it to expand its reach across the U.S.

Kraken’s general counsel, Marco Santori, was a speaker at the American Bar Association’s Blockchain & Digital Assets Institute on Wednesday, September 16, the day that Kraken received its approval from the Wyoming Division of Banking. Santori specifically mentioned that access to the federal payments system was a key reason the company pursued the new charter.

Kraken will not automatically be granted access to the federal payments system. With its new bank charter in hand, the company must now apply for a master account with the Federal Reserve Bank of St. Louis. Wyoming, and Kraken specifically, have now turned significant attention to the Fed of St. Louis as the first of the twelve Federal Reserve Banks to have to make a formal decision on a new master account for a bank that is exclusively focused on cryptocurrency. Where the Fed comes down on this issue will be telling and could have significant ramifications for the industry.

As we announced in a previous blog post, the OCC recently released an interpretive letter clarifying that national banks may engage in cryptocurrency custody services for customers. The OCC has typically been at the forefront of allowing innovation in banking, most notably with its special purpose national bank charter, commonly referred to as the “Fintech Charter,” as well as its recently announced “Payments Charter.” Unlike the OCC’s Fintech and Payments charters, which are mired in actual and potential litigation, the SPDI appears to be gaining significant attention and traction.

Another crypto company, Avanti Financial Group, was specifically created to apply for the new SPDI charter. The company, which plans to operate under the name “Avanti Bank & Trust,” has publicly announced that Wyoming accepted its application as complete on July 15, 2020, and the company expects to be open for banking business as early as October 2020.

Eventually, federal and state banking agencies will need to reckon with the fact that cryptocurrencies are not only here to stay, but also are positioned to become a significant part of our financial system. We will continue to track these industry and regulatory developments as these new cutting edge innovations continue to evolve.