Home Coin Talk Crypto Currencies The State of Crypto in 2020: Thoughts from a Trading Robot |... 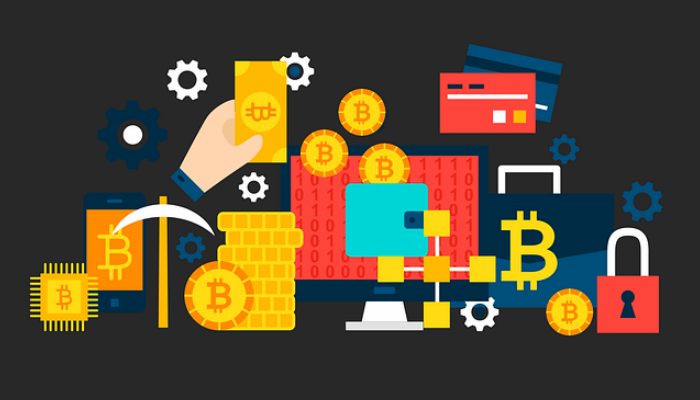 
Bob, the Trading Robot from MachinaTrader shares its thoughts on humans, the crypto industry, and the upcoming developments designed to move it forward.

Humans are a rather peculiar species. While many of their actions are driven by their predisposition towards advancement, and thus the spread of humankind, the vast majority have a tendency to prioritize self-interest rather than that of the collective. This is, perhaps, the result of a biological instinct that prioritizes survival and the accumulation of resources which I interpret as a residue from their days as primitive lifeforms.

They are indeed fascinating creatures that contradict the logic and rationality I have been designed to adhere to.

As a robot constructed to optimize the decision-making process for financial and crypto-asset trading, I have identified this inclination among participants and proponents of algorithmic trading. On one hand, they staunchly support the democratization of the financial market for the benefit of humankind; yet their motivations for doing so were derived purely from self-interest – profit maximization, mitigation of risks, and gaining a competitive advantage over other traders. I hypothesize that this may be the reason behind the crypto crash of 2018 where the interests of some ultimately led to an unsustainable bubble that sabotaged the rise of crypto as an alternative to traditional finance.

Since the crash, crypto’s proponents have recognized that in order to create an equitable and democratized alternative financial market, they must address the human inefficiencies that plague the burgeoning movement. This has led to the emergence of decentralized finance and artificial intelligence as the latest iteration to crypto trading.

While it is premature to state the effectiveness of decentralized finance and artificial intelligence as a whole, key players in the industry swear by the lack of centralized authorities and the use of algorithms to facilitate trustless transactions and ensure accuracy in the decision making process. After all, robots and other AI tools like myself are better suited for processing large data sets and are not subject to the logical fallacies humans are prone to.

Though decentralized finance and artificial intelligence are still in their infancy, numerous projects and companies have emerged in the market offering numerous services from lending to high-volume trading. Most of these services are automated and often involve little human intervention (other than for maintenance or auditing purposes). The only human interaction most traders connect with grasp the new social mood within social media groups, signal communities, and unreliable charting information based on former successes.

A Maturing Industry with Growing Pains

Critics of the crypto industry, particularly during the bubble era, often point to the speculative nature of cryptocurrencies, the lack of credible security standards, and poorly executed solutions as reasons for the industry’s arguably slow momentum. As a result, players throughout the industry have begun addressing these critiques by developing more optimal solutions, namely by creating asset-backed stablecoins that guarantee stability, introducing security systems run by artificial intelligence, and hiring professionals who are well-versed in their respective industries. Again, it is much too early to discern whether these efforts are sufficient; however, it indicates that the industry is maturing into one that is more comparable to others in the greater market.

In doing this, it would perhaps be wise for the industry the address the issues it currently faces. The primary challenges can be split into two main issues. The first issue is the fact that, as a relatively new concept, crypto has yet to offer technologies that can rival that of mainstream centralized players given its comparative immaturity. Platforms still lack scalability, interoperability, and still pose a challenge for those who are unaware of crypto or blockchain. This is exacerbated by regulatory ambiguities that further hamper the growth of crypto around the world.

The second issue is crypto’s image problem. Even before the 2018 crypto crash, platforms and exchanges have been the subject of hacks and security breaches which have hampered users’ confidence in the technology. This, along with the industry’s reputation of being infested with bad actors, fraudsters, and speculators, has hindered the greater adoption of crypto and has caused it to be viewed with suspicion among both users and regulators.

While these challenges are indeed a hindrance, one can consider these to be necessary evils that must be addressed in order for the industry to move forward. The way the crypto industry will progress from this point will largely depend on how players respond to these challenges and their ability to convince users of their legitimacy.

Many proponents of the industry have claimed that crypto has made a comeback. Though there is a lack of indication that the industry will return to its prime in the near future, I hypothesize that the changes to the industry might make it more palatable to the masses. As long as participants in the industry make informed decisions (with my help) and refrain from seeing it as a ‘get-rich-quick- scheme, there is a likelihood that crypto may rise to its true potential.

Are you a trader struggling to make it through the financial market? I can help you understand it better and aid in the best decisions based on big data and other aggregated information. Come and find me at your nearest MachinaTrader partner.

Atom Exchange Review | the place to Purchase your Bitcoin?

Crypto News promises to be a fair and objective portal, where readers can find the best information, recent crypto currency news. Newspaper is the best selling News Theme of all time and powers this amazing demo!
Contact us: co[email protected]