Britain’s Financial Conduct Authority (FCA) has banned the sale of crypto-derivatives to retail consumers. It has made rules banning the sale, marketing and distribution to all retail consumers of any derivatives (i.e. contract for difference – CFDs, options and futures) and ETNs that reference unregulated transferable cryptoassets by firms acting in, or from, the UK.

According to the FCA, these products are ill-suited for retail consumers due to the harm they pose. “Significant price volatility, combined with the inherent difficulties of valuing cryptoassets reliably, places retail consumers at a high risk of suffering losses from trading crypto-derivatives. We have evidence of this happening on a significant scale. The ban provides an appropriate level of protection,” says Sheldon Mills, interim Executive Director of Strategy & Competition at the FCA in a statement.

In another statement, the FCA mentions, “If your firm carries out marketing, distribution or selling activities in, or from, the UK of the relevant products to retail clients, you are required to cease these activities by 6 January 2021.”

“Retail consumers with existing holdings can remain invested following the prohibition, until they choose to disinvest. There is no time limit on this, and we do not require or expect firms to close out retail consumers’ positions unless consumers ask for this,” it further adds.

The ban will come into effect on 6 January 2021. The FCA has advised UK consumers to continue to be alert for crypto-derivative investment scams. With this ban, according to the FCA, retail consumers will save around £53M (approx €58M) from the ban on these products. 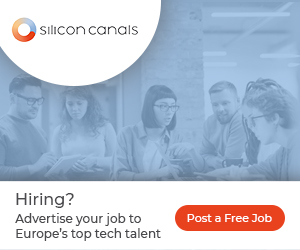 According to a report released by the FCA, it had asked for views on its proposal to implement this ban. It received 527 responses to the consultation from a range of stakeholders including firms that sell crypto-derivatives, issue crypto-ETNs, firms involved in cryptoassets, trade bodies representing cryptoasset firms and regulated exchanges, crypto exchanges, law firms, retail consumers, and National Competent Authorities (NCAs), among others.

Notably, most respondents (97%) opposed its proposal. They argued that cryptoassets have intrinsic value, retail consumers are capable of valuing cryptoassets, and that a prohibition was disproportionate and other measures could achieve FCA’s objectives.

Some respondents argued that some cryptoassets have intrinsic value because they are accepted as a means of payment for goods and services, highlighting that Starbucks and Microsoft accept bitcoin through a service offered by Bakkt (a US cryptoasset company backed by Intercontinental Exchange (ICE))

It can readily be exchanged for fiat currency on numerous exchanges and can be limited in supply and can act as a potential store of value, like gold.

However, the FCA simply concluded that “cryptoassets are opaque, complex and unreliable as reference assets for investments for retail consumers.”

The impact of the ban

Eddy Travia, CEO & co-founder of London-listed Coinsilium Group Limited tells Silicon Canals, “This is effectively a ban of a very specific type of financial instrument; crypto-derivatives or ETNs (Exchange Traded Notes) are very much fringe products in the global cryptocurrency space, though there is no doubt that interest from retail investors, particularly in the UK, has been growing rapidly over the last few years.”

“From a regulatory perspective, derivatives of any kind are considered the domain of experienced or sophisticated investors, so in that respect it shouldn’t come as a surprise that the FCA should choose to take this action; particularly in light of the significant hurdles larger would-be ETF providers have been faced with in trying to launch their regulated products in other markets, most notably in the US,” he adds.

CoinShare also announced that its products will continue to operate as normal as the UK regulator goes against the grain with blanket ban for regulated products.

“We were extensively involved in the FCA consultation process and had several meetings with the FCA to dissuade them from banning the distribution of ETNs that reference digital assets to UK retail investors. CoinShares and many other industry participants put forward a number of arguments as to why such a ban would be ill-advised and would not benefit retail investors,” says the company in a statement.

“We note that the FCA ban on unleveraged ETNs will not result in the proposed savings and benefits; rather, it will drive UK retail investors to unregulated crypto exchanges, which, as the FCA itself admits, have far fewer protections than the regulated ETNs offered by CoinShares and other providers,” it further adds.

The company considers the FCA ban as further evidence that the UK is turning its back on innovation in digital assets and on regulatory coordination with other jurisdictions. “It remains the only Western jurisdiction to ban digital assets based on the false belief that they have “no intrinsic value.”

In an email interaction with Silicon Canals, online trading platform IG Group shares that they “anticipate no material impact resulting from the FCA announcement as these products form a very small part of our diversified and global business. The impacted revenue following the FCA restrictions would be less than one percent of IG Group’s overall revenue for FY20.”

London-based fintech startup Revolut also claims that this ban doesn’t affect the company. A Revolut spokesperson says, “The ban does not affect Revolut’s current cryptocurrency offering. This is because the ban only applies to derivatives and exchange-traded notes (ETNs). We don’t provide these products. Instead, we buy and hold crypto on our customers’ behalf. Our crypto service will therefore continue, unchanged, after 6 January 2021.”

Talking about the impact of the ban on the UK’s crypto market and the startups operating in this sector, Travia says, “Although the ban will reduce the available choice of crypto financial products in the UK in the short term and will undoubtedly be seen as a challenge by some start-ups innovating in the crypto derivatives space, this industry is renowned for its resilience, so we don’t envisage it will have a lasting or material impact on the crypto markets overall.”