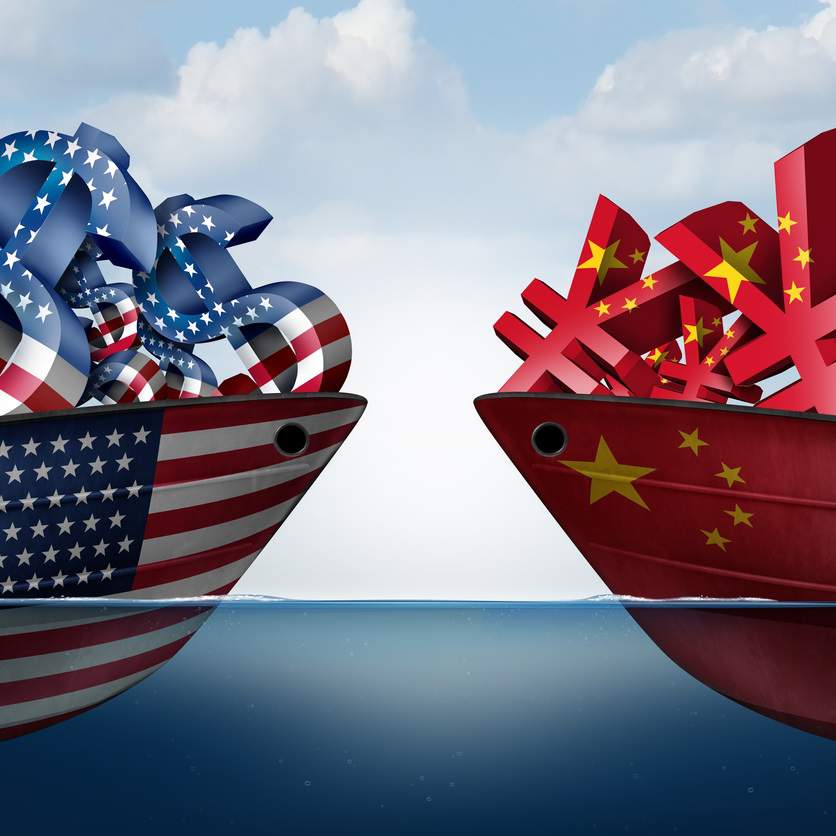 On Thursday (US time) news broke about the US’ latest plan to spite China.

According to reports, some of President Trump’s top advisers had a brazen idea. They were planning to ‘undermine’ the Hong Kong dollar peg to the greenback.

How this undermining would take place exactly, we don’t know. But, limiting the ability for Hong Kong banks to buy US dollars would certainly be one way to do so.

Apparently, this is their way of striking back at an emboldened China. Even if it means Hong Kong must become collateral damage in the process. As US Secretary of State Mike Pompeo told Bloomberg:

‘We’d love to preserve the freedom in Hong Kong; but if we can’t, we’re going to hold the Chinese Communist Party accountable.’

In other words, they’re going all in on a scorched-earth strategy. Willingly sacrificing Hong Kong if it means hurting China.

Granted, we are just talking about money for now. It is not as if we’re at the point of direct conflict.

Nevertheless though, it is a timely reminder of just how important money has become. Not only as a tool for transactions, but as a means to exert influence and control.

Make no mistake about it: money is a weapon.

The US knows it, China knows it — and you need to know it too. Because whether you’re ready or not, a currency war unlike any other is coming.

Four Innovative Aussie Stocks That Could Shoot Up after Lockdown

It’s no secret that 2020 has been a big year for central bankers.

Love them or loathe them, they have been thrust into the limelight to deal with this pandemic. Many of whom have devoted themselves to tinkering and warping markets the world over.

Because behind the quantitative easing and yield curve control measures, there are bigger plans. Plans that will change the very nature of money as we know it.

Well, it’s exactly what it sounds like. A digital version of money backed by a nation’s central bank.

If you’re aware of cryptocurrencies, then the concept will be familiar. After all, CBDCs are modelled on and use the same underlying technology (blockchain) as cryptos.

The only difference is that instead of being decentralised, CBDCs will be highly centralised. A tool that central bankers will have total control over. Providing them with the ability to oversee and manage money like never before.

In the right hands this could be of incredible benefit to an economy. A means to allocate and balance the supply of money to sectors, businesses, or individuals who need it most.

In the wrong hands though, it can also become a new means of control. Enforcing new rules on how and what money can be spent on. A scenario that could lead to all kinds of erosion of freedoms.

Needless to say, you have good reason to be fearful of CBDCs. Because at their most oppressive, they could destroy liberty as we know it.

Which is precisely why we’re seeing a CBDC arms race…

As of yesterday, Lithuania’s Central Bank has released its first CBDC. A test coin that is known as ‘LBCOINs’.

Currently, these LBCOINs aren’t a tradeable currency just yet. Rather, they are meant to be collectors’ items. A project that will test the banks’ blockchain capabilities and security.

However, it is also a sign of what is to come. The latest pilot project from yet another central bank.

Lithuania now joins nations such as Uruguay, Thailand, Sweden, and Ukraine as one of the first to embrace this CBDC future. Other nations aren’t far behind though.

The Bank of Japan recently confirmed that it will be trialling a CBDC soon as well.

We’ve also known the RBA has been secretly working on a digital Aussie dollar for a while now, too.

And then there is the US. Which recently held a hearing on the merits of introducing its own digital dollar. A hearing that had some interesting takeaways to say the least…

One senator, Tom Cotton, said that a US CBDC had to ‘be better than Bitcoin’. A telling admission that they clearly see the cryptocurrency as a threat. Though I’m sure bitcoin would be a distant second to Cotton’s other concern, as NewsBTC reports:

‘He also asserts it [a US CBDC] must be better than China’s digital yuan, which is currently in its pilot phase in the country. If it doesn’t, the dollar’s place in the “global payments system” may be at risk.’

In other words, Cotton doesn’t want the greenback to relinquish its dominance. A spot that gives the US the ability to exert influence thanks to its reserve currency status.

As CBDCs rise to prominence though, that spot will be in jeopardy.

In the world of digital money, we may see a new hegemony come to power. One that could be led by China, bitcoin, or perhaps even Facebook. The latter is of course still working on their own digital currency: Libra.

My point is, never have we seen such a distinct transformation of money. The transition to digital currencies will upend the world like never before — and hopefully for the better.

Right now though, the race is on to be the first to market. Because whoever can achieve that will be in a position of power that no one can underestimate.

The future of digital currencies is coming, it’s just a matter of who will win and who will lose.

Ryan is also the Editor of Australian Small-Cap Investigator, a stock tipping newsletter that hunts down promising small-cap stocks. For information on how to subscribe and see what Ryan’s telling subscribers right now, click here.