Home Crypto Currencies Ethereum What is Ethereum 2.0 and Why Does It Matter? – Decrypt 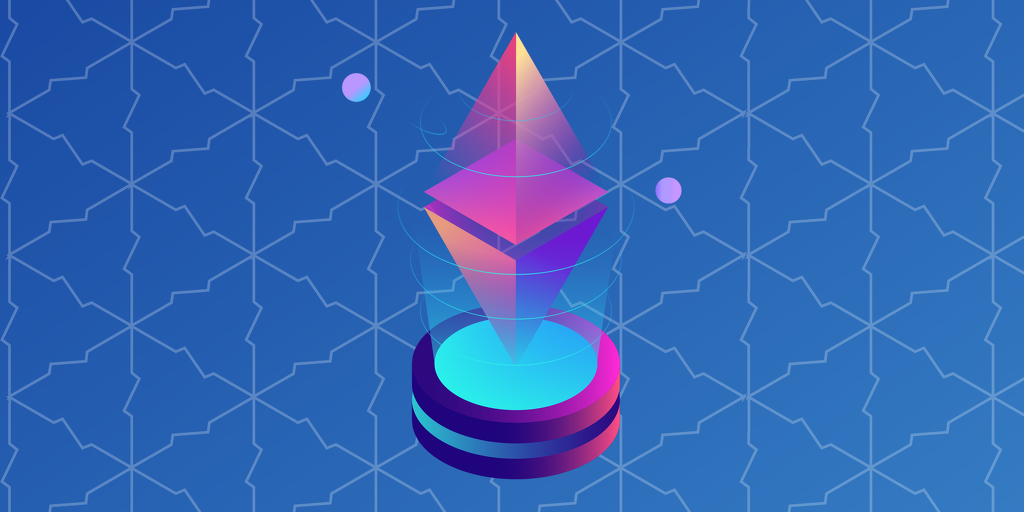 It’s been a long time coming, but Ethereum 2.0 is finally on the horizon. The major update aims to address the network’s scalability and security through a number of changes to its infrastructure—most notably, the switch from a proof of work consensus mechanism to a proof of stake model.

Ethereum 2.0, also known as Eth2 or “Serenity”, is an upgrade to the Ethereum blockchain. The upgrade aims to enhance the speed, efficiency, and scalability of the Ethereum network so that it can process more transactions and ease bottlenecks.

Ethereum 2.0 is launching in several phases, with the first upgrade expected to launch towards the end of 2020.

How does Ethereum 2.0 differ from Ethereum?

While Ethereum 1.0 uses a consensus mechanism known as proof of work (PoW), Ethereum 2.0 will use a proof of stake (PoS) mechanism.

How does proof of stake differ from proof of work?

With blockchains such as Ethereum, there is a need to validate transactions in a decentralized way. Ethereum, like other cryptocurrencies, currently uses a consensus mechanism known as proof of work (PoW).

In this system, miners use computer hardware processing power to solve complex mathematical puzzles and verify new transactions. The first miner to solve a puzzle adds a new transaction to the record of all transactions that make up the blockchain. They are then rewarded with cryptocoins. However, this process can be energy-intensive.

Proof of stake (PoS) differs in that instead of miners, transaction validators stake crypto for the right to verify a transaction. These validators are selected to propose a block based on how much crypto they hold, and how long they’ve held it for.

Other validators can then attest that they have seen a block. When there are enough attestations, a block can be added to the blockchain. Validators then are rewarded for the successful block proposition. This process is known as “forging” or “minting”.

The main advantage of PoS is that it is far more energy-efficient than PoW, as it decouples energy-intensive computer processing from the consensus algorithm. It also means that you don’t need a lot of computing power to secure the blockchain.

How will Ethereum 2.0 scale better than Ethereum 1.0?

The current Ethereum set-up has a blockchain consisting of a single chain with consecutive blocks. This is secure, but very slow and not efficient. With the introduction of shard chains, this blockchain is split up, enabling transactions to be handled in parallel chains instead of consecutive ones. This speeds up the network, and can scale more easily.

How will Ethereum 2.0 be more secure?

Ethereum 2.0 has been devised with security in mind. Most proof of stake networks have a small set of validators, which makes for a more centralized system and decreased network security. Ethereum 2.0 requires a minimum of 16,384 validators, making it much more decentralized—and hence, secure.

However, according to Lior Yaffe, co-founder of Jelurida and lead core developer of the Ardor and Nxt blockchains, there is a potential vulnerability that focuses on the level of participation rates in the network.

Security audits of Ethereum 2.0 code are being carried out by organizations including blockchain security firm Least Authority.

The Ethereum Foundation is setting up a dedicated security team for Ethereum 2.0 to research possible cybersecurity problems in the cryptocurrency. In a tweet, Ethereum 2.0 researcher Justin Drake stated that the research will include “fuzzing, bounty hunting, pager duty, cryptoeconomic modelling, applied cryptanalysis, formal verification”.

How is the Ethereum 2.0 upgrade going to take place?

Following a series of testnet launches, Topaz, Medalla and Spadina, the full roll-out of Ethereum 2.0 will take place in three phases: Phase 0, 1, and 2 (developers like to count from zero). Phase 0 is aiming for a 2020 launch date, with the other phases coming in the following years.

Phase 0 sees the implementation of the Beacon Chain; this stores and manages the registry of validators as well as deploying the proof of stake (PoS) consensus mechanism for Ethereum 2.0. The original Ethereum PoW chain will run alongside this so there is no break in data continuity.

Phase 1, due in 2021, will see the integration of proof of stake shard chains. The network is expected to launch with 64 shards (enabling 64 times more throughput than Ethereum 1.0) though at launch they won’t support accounts or smart contracts.

Phase 1.5, an interim update due in 2021, will see the Ethereum mainnet officially becoming a shard and transitioning to proof of stake.

Phase 2, slotted to launch in 2021/22, will see shards becoming fully-functional and compatible with smart contracts. It also involves adding Ether accounts and enabling transfers and withdrawals, implementing cross-shard transfers, and contract calls. It will build execution environments for scalable apps that are built on top of Ethereum 2.0.

The future for Ethereum 2.0

Ethereum 2.0 is on track for a November 2020 launch, according to one developer on the project, but what will the future hold for the cryptocurrency?

Ethereum co-founder Vitalik Buterin has laid out a roadmap of how the next five to ten years could pan out for Ethereum 2.0. He says that over the last two years there has been a “solid shift from “blue sky” research, trying to understand what is possible, to concrete research and development, trying to optimize specific primitives that we know are implementable and implement them.”

He says that the bulk of the challenges is now “increasingly around development, and development’s share of the pie will only continue to grow over time”.

In June 2020, Buterin noted that Ethereum 2.0 will need to rely on current scaling methods such as ZK-rollups for at least two years before implementing shard chains.