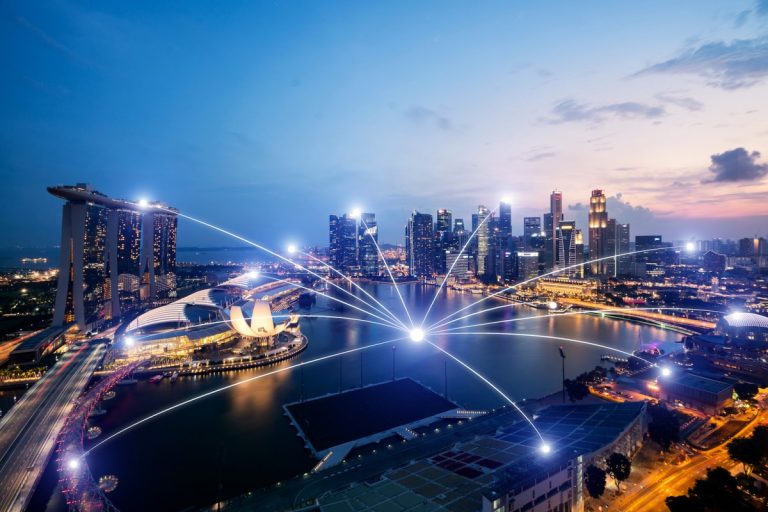 When it comes to crypto adoption, the Asia-Pacific region is way ahead of the game. Countries such as South Korea, Hong Kong, China and Japan were all early adopters of blockchain technology, but now, Singapore is quickly emerging as a global leader in the mainstream adoption of digital currency.

The Monetary Authority of Singapore (MAS) is the country’s main financial regulatory body. Even before regulating cryptocurrency directly, MAS carefully monitored blockchain businesses and crypto activity. In some instances, it actively encouraged the public to exercise caution and understand the associated risks before investing in cryptocurrencies.

Lee Boon Ngiap, the assistant managing director of MAS’ Capital Markets, explained, “The public should be aware that there is no regulatory safeguard if they choose to trade on unregulated digital token exchanges or invest in digital tokens that fall outside of the remit of MAS rules.”

For example, in 2018, MAS returned funds to the Singapore-based investors of an unnamed initial coin offerings (ICOs), saying it broke the rules by failing to consult MAS before trading what it defines as digital assets. It also issued a warning to eight crypto exchanges, stipulating that they inform the regulator before trading cryptocurrencies that are considered securities. This has meant that trading cannot commence until they have been appointed as an approved exchange or market operator.

Despite these actions, it didn’t necessarily show MAS’ disapproval or unwillingness to integrate crypto into Singapore’s existing financial landscape, but actually provided a glimmer of hope for crypto users and firms, demonstrating that the Singaporean authorities have both parties’ best interests in protecting their funds and developing rigorously-applied regulation, while also encouraging innovation and attracting blockchain businesses to Singapore.

In 2017, MAS addressed regulation in two stages. Firstly, a statement released in August (in response to a spate of ICO launches) indicated that if the ICO was deemed to be issuing securities, they would be subject to regulation. Three months later, it clarified this by publishing A Guide to Digital Token Offerings, providing further explanation and direction around the regulation of cryptocurrency in Singapore. This updated the 2002 Risk-Based Capital framework, which had become unfit for purpose thanks to the emerging technologies and new business models that cryptocurrency has brought with it.

The 2017 guide outlined multiple changes, including classifying blockchain and crypto companies into three tiers depending on their specific operations; reducing capital requirements (the level of liquidity required to trade in Singapore); simpler overall regulatory requirements; and risk management for technology and outsourcing.

Nevertheless, the result has been much needed clarity and certainty around Singapore’s crypto space, leading to the creation of the more flexible Payment Services Act 2019 (PS Act) by MAS in January 2020. The regulation and corresponding licence provides a progressive framework that regulates payments systems and digital payment token services in Singapore, allowing certain cryptocurrency businesses to continue operating in the country.

Although no licences have officially been given out yet, some businesses, including leading payments platform Wirex, crypto trading platform Binance and digital currency exchange Coinbase, have been granted a temporary exemption from holding the licence, allowing them to continue providing their services until they secure the appropriate licence. For companies like Wirex that prioritize regulatory compliance in the territories they operate in while seeking to safeguard user’s funds, this gives consumers the confidence to work in the crypto space that is so often deemed unsafe.

This regulatory acceptance, coupled with Singapore’s existing reputation as a finance hub, is likely to make the country a haven for crypto exchanges and startups over the next few years.

In 2018, Singapore was the second most popular country in the world for ICOs, and as of November 2020, 234 blockchain companies were operating in Singapore. A leading recruitment firm stated that they estimated that there was a 50% increase in crypto-related jobs in Asia from 2017 to 2018, with a focus being on Singapore in particular.

Singapore’s huge financial sector and connections with international financial markets, and the crypto-friendly attitude and frameworks put in place by MAS, mean that it has created an environment where entrepreneurs and investors are welcomed to freely experiment and collaborate. When compared to other countries such as South Korea that are inhibiting the growth of crypto due to concerns with fraud, risk and speculation, Singapore’s climate fosters the development of blockchain technology, products and services, while also providing for regulation and a robust programme that addresses areas such as anti-money laundering, fraud, and cyber-security.

MAS support doesn’t stop there, as in August, it announced that it would offer 250 million SGD over the next three years as part of Singapore’s Financial Sector Development Fund, to support the country’s financial industry. This would aim to accelerate tech and innovation-led growth within Singapore’s financial sector, as well as provide additional funding for businesses experimenting, developing and delivering appropriate fintech solutions such as AI-focussed initiatives. The announcement comes after MAS revealed that the previous five years of fintech initiatives have yielded very positive results for Singapore.

Singapore’s proximity to China, where crypto-trading has been outlawed, has also made it an attractive proposition for businesses that have found themselves having to relocate. For example, the CEO of imToken announced that they relocated to the country, mostly due to the fact that it was friendly to blockchain technology.

Singapore state investor, Temasek, has recently joined the Libra Association as the first Asian investor, as well as creating several subsidiary companies focusing on blockchain applications such as digital identity and trade finance. The Libra Association has gained significant publicity in the previous months as the company leading Facebook’s proposed digital currency, however, this is not without controversy. Political pushback has meant that it has turned to companies such as Temasek in crypto-friendly regions to win over global regulators, and help to push the project forward.

Wirex, a UK FCA-registered digital payment platform, is another company that opened the doors of its Singapore office only last year. With the core mission of bridging the gap between traditional and digital currency, Wirex already has more than 3.1 million customers in 130 countries, and this move marked the start of its rapid expansion further into the APAC region. The move was well-received, with Wirex experiencing huge levels of growth in the region – back in May, the company announced that it had achieved over 200% growth in its monthly exchange volume in the APAC region.

Singapore plays host to many high-profile fintech, blockchain and cryptocurrency conferences throughout the year. Each November/December, the Singapore Fintech Festival takes place with thousands of participants converging on the Singapore Expo Convention and Exhibition Centre to discuss all things FinTech. This annual event comes from MAS, The Associations of Banks in Singapore and SingEX Holdings. Although the festival is looking to be entirely virtual this year, the agenda includes Distributed Ledger & Digital Currency and RegTech, as well as sessions on the pandemic recovery and financial inclusion.

The festival also comprises a number of smaller events, including The Fintech Conference & Exhibition, The Global Fintech Hackcelerator, Deal Fridays and The Fintech Awards. Each event will feature keynote speakers such as leaders of international financial institutions, central banks, regulatory agencies and venture capital firms.

Back in July, Singapore Blockchain Week also took place, hosted by the Blockchain Association Singapore and NexChange Group. The virtual event was one of the largest government-supported virtual blockchain events to be organised in Asia, once again reiterating Singapore’s prominent position in the Asian blockchain space. As Juwan Lee, CEO of NexChange Group stated, “The growing presence of Singapore as the blockchain hub for Asia makes this event a pivotal part of the next phase of growth.”

The event brought together over 5,000 regulators, industry leaders, academics, and innovators from across the globe, to showcase real-world use cases of blockchain technology, how this is set to play a more important role post-Covid, and well as discussions around the PS Act licence promoting Singapore’s status as a global blockchain hub.

Why is MAS bullish for blockchain?

Much of the growth in the adoption of cryptocurrency across the globe can be attributed to people recognising the benefits of digital currency, including reduced costs, improved efficiency, and increased safety and security. For Singapore, which has a high-level of cross-border transactions, this provides a real use-case and benefit for its economy.

Nevertheless, despite Singapore’s climate appearing to welcome blockchain in its entirety, Ravi Menon, the managing director of MAS pointed out that they “don’t regulate the technology, [they] regulate the use cases.” It’s therefore important to note that MAS is focusing on developing blockchain technology, not just for the development of cryptocurrencies and as a type of payment, but as a way of improving government processes, such as authenticating identities to issue passports, managing government records and services, exchanging contracts and executing transactions to collect taxes.

Most excitingly, MAS has been working on Project Ubin, an initiative exploring blockchain technology for clearing and settlement of payments and securities, as well as Singapore’s central bank digital currency. Singapore may very well be one of the first countries to launch a central bank digital currency and integrate blockchain technology into its payment system.

The advantages of blockchain and the potential to improve existing systems means that the Singapore government remains very bullish on cryptocurrency trading and blockchain technology. As a ‘Currency Cold War’ begins to emerge, the question remains as to whether Singapore can stay on top of emerging competition from regions such as Bangkok, Beijing and Jakarta, all of whom are offering further incentives to encourage crypto development in their hubs.

Lottie Wells, the communications manager at Wirex, a digital payments platform, is a strong believer in the benefits of the digital economy, and is an advocate for both the sector, and women’s involvement within it.