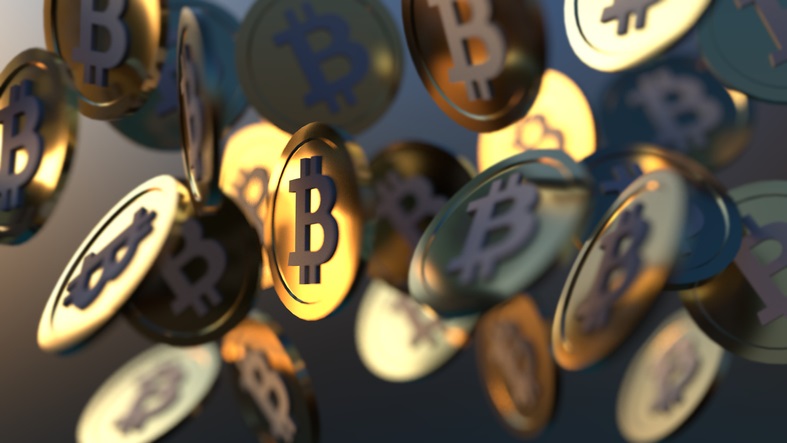 US banks allowed to take custody of digital assets

Let’s start with the external factors.

Last week, US authorities gave the green light for national banks in the US to act as custodians for digital assets.

Regulatory body, the US Office of the Comptroller of the Currency, said last week that “national banks and federal savings associations of all sizes” will be able to provide custody services for bitcoin and other digital assets.

Although this is unlikely to lead to a rush of household names in US banking moving into the crypto space, or to provide consumers already holding crypto in their portfolio with a new storage option immediately, it does open the door to competitive arms race, especially on the institutional-facing side.

Whichever way you cut it, even if there are reputational risks for banks, it is big news and the development has already started reverberating through the financial system. And that is despite crypto being not much more than a speck on the landscape in terms of the size of the asset class up against traditional assets such as equities and bonds. It has likely been critical to inspiring the current breakout.

Elsewhere, in a blog post entitled Advancing Our Approach to Digital Currency, payments giant Visa revealed that it has teamed up with US exchange Coinbase and crypto rewards start-up Fold, as it seeks to build “a bridge between digital currencies and our existing global network of 61 million merchants”. That was another sizeable positive for the crypto industry.

It is worth quoting from the document at length because it represents a volte face by the company. No doubt Visa will insist it is not a change of tune and is instead merely taking account of changed realities, and to be fair it is consistent in its belief that bitcoin will never be a payments rival:

“Today, fiat-backed digital currencies, commonly referred to as “stablecoins,” have emerged as a promising new payment innovation, combining the benefits of digital currencies with the stability of existing currencies like the US dollar. It’s a concept that is gaining traction beyond fintechs, and now includes financial institutions and central banks. Consumers and businesses are also adopting digital currencies and circulation is growing rapidly, reaching over $10 billion in May.”

This striking change of heart by Visa follows the prediction made in interactive investor coverage of the space, that the Libra stablecoin proposal (despite subsequent radical changes in its design), and the advances being made in China on the launch of a central bank digital currency (CBDC), would spur developments elsewhere.

Visa coming out in the open, so to speak, follows hot on the heels of PayPal indicating that it would be bringing crypto services to its customers soon.

Visa is particularly taken with so-called stablecoins. These digital assets run on blockchains but are backed 1-to-1 by a non-crypto asset, be it a traditional currency or an asset such as gold, thereby eradicating the volatility issues associated with crypto.

The competitive threat from China on the CBDC and wider blockchain-adoption fronts is growing and the West has been slow to wake up to it. That may be changing. It probably needs to, fast.

Ant Group (owner of AliPay – one of China’s two digital payments behemoths – the other being Tencent’s WeChat) is coming to market, and its ambitions in the blockchain space are already evident (launch of Antchain) and, like competitor Tencent, it is closely aligned with the government’s digital yuan efforts and the government-directed blockchain industrial strategy.

Other factors driving prices higher in crypto are directly related to developments deep inside the ecosystem itself.

DeFi is all the rage

Decentralised Finance (DeFi) is a theme we have long trumpeted – if not as the zone of an emergent killer app for crypto, at least the place where the most widely used decentralised applications are likely to emanate from.

For the uninitiated, so-called second-generation blockchain’s such as Ethereum are able to run applications of unlimited types, as opposed to the bitcoin protocol being limited to value transfer.

The first “decentralised application” (dapp) to gain anything akin to traction was CryptoKitties – a collectibles app for trading unique digital cats.

Things have moved on to less frivolous things such as applications that can, for example, provide betting services or automate the payment of yield income to lenders. That latter example is what has been taking the crypto world by storm and is arguably the latest in a long line of speculative bubbles unfolding.

This could end in a similar outcome but, as with ICOs, it has demonstrated there are potentially more efficient ways of conducting commerce in the digital age when it comes to say fundraising for start-ups (ICOs still exist have to some extent morphed into security token offerings and initial exchange offerings), or for issuing fixed income investments as being shown in DeFi “yield farming”.

Lending out crypto for interest is not new. However, some projects started to incentivise liquidity providers to use their networks and the dapps running on them through staking of coins, and protocols such as Compound (COMP) came along that created markets on top of that, where liquidity providers could also get rewarded in the COMP token as well as in the fees for subsequent loans or borrowings on other networks.

Multiply that activity by the “capital” growth of coins such as COMP and spice it up with some leverage and, perhaps even more complexity through capturing arbitrage opportunities between the different exchanges (often decentralised, i.e fully automated), and the returns start to rack up.

More and more crypto “hodlers” (long-term holders of crypto assets) started to sit up and take notice, and not just the retail punters. There are today billions tied up in such schemes.

Suffice to say, this is not how dapp providers ideally expected adoption to proceed when they started incentivising liquidity providers, or LPs. The BAT network – a blockchain for rewarding consumers for viewing ads through its Brave browser – was the first to seize the opportunity.

Then Compound changed the rules. Instead of paying out COMP tokens in proportion to interest earned or paid, the protocol was changed to base rewards on dollar value to make it harder to game the system compared to when it was based on volatile assets such as BAT. This saw capital flow out of the likes of BAT and into stablecoins such as Dai, USDC and Tether.

We do not have room to investigate this more deeply, but when Bloomberg starts running stories on how to get into yield farming you know the party probably has a bit further to go yet, although the bitcoin breakout is already pressuring prices of previously buoyant altcoins. Buyers (or rather lenders) beware!

A by-product of this latest highly risky but also profitable development has been a surge in the value of Ethereum, even before bitcoin began to rise.

LINK token of the Chainlink protocol was another beneficiary. Its business model is to provide secure datalinks – known as oracles – to dapps and as such its network has been growing with the yield-farming craze.

After March’s crash in the price of bitcoin and all other assets, it forced crypto commentators to hesitate before bringing out the safe haven thesis again, but that is surely an important part of the narrative fuelling this significant upside move.

And intimately related to why havens are being sort and gold is trading at a record nominal high, is what may be an increasingly likely second wave of the coronavirus pandemic – an outcome long predicted but a possibility seemingly ignored by equity markets.

To be honest, in the case of the US, where they are still contending with the first Covid wave, the situation from a health and economic aspect is perhaps even more worrisome. That’s all good news for bitcoin.

And that’s before we mention rising China-US tensions that have now go well beyond trade. Hong King sits at the apex of the current tensions, and bitcoin’s unrivalled portability may be increasingly attractive to high net worth individuals in that part of the world facing extreme uncertainty.

The policy response to the economic crisis wrought by Covid also continues to be part of the recovery story of the bitcoin price since March.

Looking at the persistent weakness of the dollar, the smart money has been interpreting that as a vote of no confidence in the Fed. Along with negative real interest rates and another stimulus package (which may boost shares in the immediate term) adding to the fiscal drag, it makes the threat of stagflation a seriously possibility.

For now then, bitcoin is swaggering like it really is digital gold after all.

However, we all know what happened in March – instead of there being a decoupling of bitcoin from crashing asset classes, it fell in tandem.

Perhaps bitcoin’s correlation with equities really has started to break down this time and it will become the great diversifier of recessionary times. The real test of that will come if equity markets go into reverse.

These articles are provided for information purposes only.  Occasionally, an opinion about whether to buy or sell a specific investment may be provided by third parties.  The content is not intended to be a personal recommendation to buy or sell any financial instrument or product, or to adopt any investment strategy as it is not provided based on an assessment of your investing knowledge and experience, your financial situation or your investment objectives. The value of your investments, and the income derived from them, may go down as well as up. You may not get back all the money that you invest. The investments referred to in this article may not be suitable for all investors, and if in doubt, an investor should seek advice from a qualified investment adviser.

Full performance can be found on the company or index summary page on the interactive investor website. Simply click on the company’s or index name highlighted in the article.