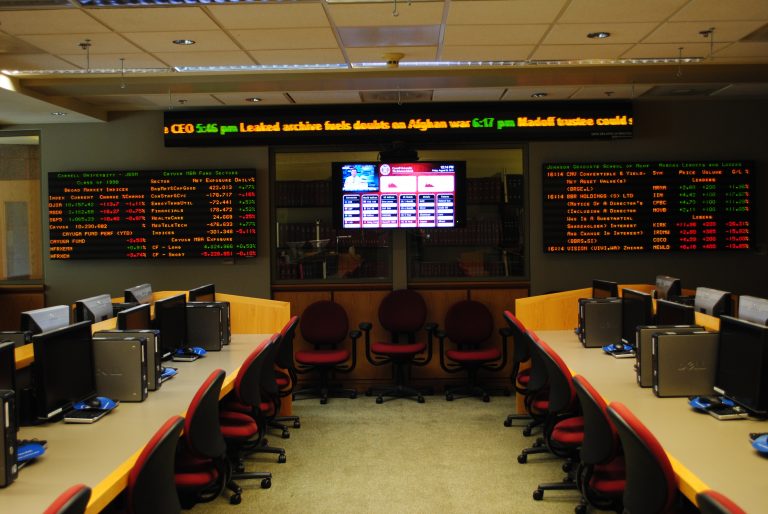 Before we go into the details as to what affects the BitCoin price, we need to clarify some definitions first. The BitCoin Price and the BitCoin value are not related to each other.
The Bitcoin price only refers to the direct monetary costs of acquiring BitCoins – it is an objective factor. The value of BitCoins however refers to its perceived usefulness and benefits to the individual who is acquiring BitCoins – this is a subjective factor.
At this present time, the BitCoin price is mainly expressed at an exchange rate against the U.S dollar. But as time moves on and fiat currencies become more and more unstable, this “exchange rate” will become less relevant.
The BitCoin protocol is designed to create a total of 21 million Bitcoins over a 100 year period. This limit on the total amount of BitCoins that can ever be created is very important in keeping the price at a relatively stable rate. There will be times (and it has happened before) where there will be sharp price fluctuations – but the market is capable of “correcting” itself relatively quickly from these changes.
The limit also ensures that there will never be a case of “runaway inflation” – a problem that plagues all forms of paper (fiat) currency. Mining BitCoins is not the same as endlessly printing out paper money.
More individuals and companies around the world are using BitCoins. This increasing demand on the overall limited supply of BitCoins helps ensure a stable market price. At the time of this writing, the price of BitCoin is gradually rising and many forecasts state that this trend will continue over the long term.
Now let’s look at some other factors that relate (either directly or indirectly) to the BitCoin Price.
BitCoin Price and The BlockChain:
The BitCoin Network (The BlockChain) currently runs over 240 thousand transactions per day, estimated at a volume of over 122 million U.S dollars. Just about a year ago, the network was processing around 100 thousand transactions per day, estimated at a volume of about 42 million U.S dollars.
The gradual increase in the use of BitCoins is a sure sign of a healthy network. As more people from around the world use BitCoins, these upward trends of daily transactions and volume will continue.
BitCoin Price and Purchases:
BitCoins follows the rule of demand and supply, just like many other commodities. One major difference is that BitCoins are less prone to external manipulative forces (more n that later). When you purchase BitCoins (either by using fiat currency or by using another cryptocurrency) you are actually playing a role in BitCoin’s upward price.
When people around the world purchase BitCoins, the overall volume of purchases is recorded in the exchange network and the price is raised against another commodity (like the U.S dollar for example).
BitCoin Price and Sales:
Since Bitcoins follow the rule of demand and supply, then the sale of BitCoins in exchange for any other commodity would contribute to a decrease in price. Let’s look at these two scenarios:
1. You purchased an item from an online store (that accepts BitCoins).
2. You sold your BitCoins in exchange for another currency.
In both scenarios, you are selling your BitCoins. The sale of BitCoins plays a role in the BitCoin price going downward.
BitCoin Price and Investments:
As you know by now, BitCoins are a commodity – and like any other commodity, it can be used for investment purposes. Investing in BitCoins also plays a role in the upward trend of the BitCoin price.
By purchasing BitCoins (and holding on to them) you are literally taking those BitCoins out of circulation – which of course means that there are less BitCoins on the exchange network to offer.
The upward “demand” trend for BitCoins, coupled with the limited “supply” automatically forces the price of BitCoins upward. Many individuals and companies are adding BitCoins to their investment portfolios due to this simple fact.
BitCoin Price and Outside Forces:
The BitCoin protocol is the first digital currency that is free from direct control by any central authority. Many banks and governments try to discredit BitCoins simply due to the fact that they cannot control it. Bitcoins allow individuals to freely trade for commodities without having to deal with any unreliable “authorities” getting in the way.
One of the best examples of how BitCoins are changing the way we trade was during the “Banker Bailout Scandal”. Faith and trust in banks and governments is steadily going downhill (especially in European countries). More and more people are choosing to perform transactions via BitCoins – and in some countries, you can actually access BitCoin ATM Machines.
The market fluctuations of fiat currencies and the ever-increasing bad policies from governments have forced people to look for alternatives. Bitcoins, being the most prominent alternative, has had a steady increase in transaction volume over the years – and this does indeed affect the BitCoin price.
Conclusion:
As you can see, there are a number of factors that affect the BitCoin price – either directly or indirectly. These factors can create gradual or sharp price changes. But with that said, over the last few years, BitCoin has proven itself to be a relatively stable commodity and all forecasts show that it is well worth having as a long term investment.
Get the latest BitCoin Price, News, Opinion Articles, Insights and more from PTC BitCoin Success Blog – http://www.ptcsuccessblog.com