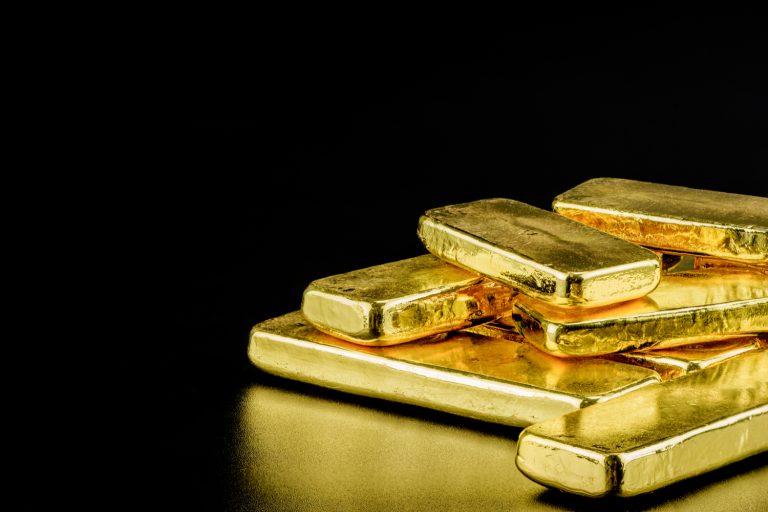 Bitcoin is looking to leap key resistance alongside a strong rally in gold.

The top cryptocurrency by market value is trading around $9,300 at press time, according to CoinDesk’s Bitcoin Price Index. That’s close to the resistance of a trendline connecting June 1 and June 22 highs. A sustained move past $9,330 would indicate an end of the bearish trend from the June 1 high of $10,429.

While bitcoin has yet to restore the immediate bullish trend and is trading 50% below its record high of $20,000, gold has jumped to a nine-year high of $1,801 per ounce, as per data source TradingView.

See also: First Mover: With Trading Volumes Slumping, Are There Too Many Crypto Exchanges?

The precious metal is likely drawing bids due to negative real (inflation-adjusted) yields offered by the US bonds, as noted by popular macro analyst Holger Holger Zschaepitz.

Bitcoin also rallied from $3,867 to $10,400 in the two months leading up to its third reward halving on May 11. Since then, however, the rally has stalled and the cryptocurrency has failed multiple times to find a foothold above $10,000. More importantly, bitcoin’s correlation with the S&P 500 index has strengthened, denting its appeal as a safe-haven asset.

Tip of the iceberg

Many analysts, however, remain optimistic about bitcoin’s long-term prospects.

“In the BTC market, there is an increased institutional acceptance and awareness of the asset class which should bode well for long-term price appreciation. We’ve seen prominent organizations and figures such as [Paul Tudor Jones], JPMorgan, Fidelity, which are publicly involved in the market, yet this is just the tip of the iceberg,” said Stephen Stonberg, COO and CFO at Bittrex Global, a cryptocurrency exchange.

”Bitcoin volatility has been lower than that of traditional assets throughout this crisis; however, we would argue there is nothing traditional about equity markets and the traditional economy today,” Stongberg added. “In this ‘new normal,’ bitcoin starts to look appealing as a new asset class that is not subject to the constraints and money printing of central banks.”

The U.S. Federal Reserve has expanded its balance sheet by more than $3 trillion since the beginning of the coronavirus crisis in early March. However, the unprecedented money printing and the resulting concerns over inflation have mainly benefited gold. It remains to be seen if bitcoin takes up its expected role as an inflation hedge in the long run.

As for the next 24 hours or so, the focus is on the trendline resistance around $9,330. A strong move above that level would open the doors for $10,000. Alternatively, a move below the weekend low of $8,900 may invite stronger chart-driven selling.