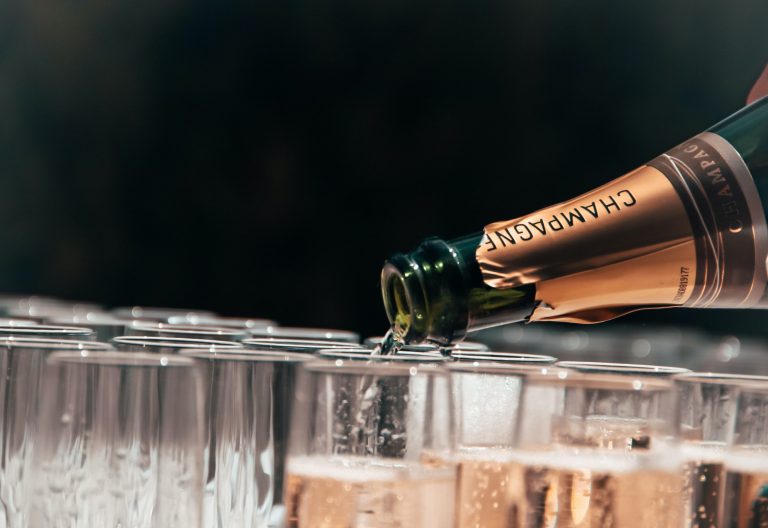 There are more addresses than ever as part of Bitcoin’s “rich list,” the Federal Reserve is looking to change tack on inflation and another firm is putting its cash reserves into bitcoin, not a bank account.

Rich list
The “Bitcoin Rich List,” or the number of wallets with at least 1,000 BTC (~$11.5 million), is at a record high. There are approximately  2,190 rich list addresses, surpassing the previous record of 2,184 set Sept. 28, 2019. This could reflect increased interest in bitcoin from institutions and high-net-worth investors, CoinDesk’s Muyao Shen reports. The total amount of bitcoin held in accounts of 1,000 or more was 7,868,823 as of press time. That amounts to $92.2 billion.

Inflation watch
U.S. Federal Reserve Chair Jerome Powell is expected to signal tolerance for higher inflation during his keynote speech at the Jackson Hole Economic Policy Symposium on Thursday. According to analysts speaking to CoinDesk, that could ultimately lead to further drops in the dollar and greater buying power for bitcoin traders and investors, CoinDesk’s Omkar Godbole reports. The central bank has mostly missed its 2% inflation target since 2012. “The major impact for crypto out of this symposium would be a change in monetary policy and further depreciation of the U.S. dollar, which could propel bitcoin higher,” said Matthew Dibb, co-founder of Stack.

Company breach
A hacker has stolen data on more than 1,000 users from CryptoTrader.Tax, an online service used to calculate and file taxes on cryptocurrency trades. Breaking into a customer service employee’s account, on April 7, the hacker downloaded a file containing 13,000 rows of information, including 1,082 unique email addresses as well as names, payment processor profiles and messages sometimes containing cryptocurrency incomes. Screenshots of this information were later posted to a dark web forum.

BTC over banks
Ottawa-based software startup, Snappa, said it will move 40% of its cash reserves into bitcoin, citing concerns of inflation, global economic uncertainty and the inferiority of traditional bank accounts. The initial 40% allocation is only the beginning for the seven-person startup, CoinDesk’s Zack Voell reports. “We’re still accumulating coins, and we don’t plan on selling anytime soon,” said co-founder Christopher Gimmer. “If we’re right about where bitcoin is heading then our allocation could get very high.”

Blockchain. Governments?
Chinese tech conglomerate Huawei has set up a blockchain-based platform for the Beijing government to better track and manage its citizens’ data in everything from medical records and property registration to real-time vehicle parking status. This is part of China’s larger “New Infrastructure Initiative” to transform digital governance with blockchain by making data immutable and transmissible. The Beijing government’s project aims to leverage the blockchain platform to make data shareable among more than 50 agencies within the municipality, CoinDesk’s David Pan reports.

Layer1, the U.S. bitcoin mining startup backed by high-profile investors including Peter Thiel, has misdescribed the role of a supposed core team member in a recent pitch deck, according to that team member.

Its deck – which was shared with CoinDesk by an investor who received it from Layer1 around June – shows a management team slide in which Layer1 told potential investors that Liu Xiangfu, co-founder and a former director of Chinese bitcoin miner maker Canaan, is its Head of Supply Chain.

However, when reached for comment, Liu said he is not involved in Layer1’s business. “I introduced some of my friends to them. … That did help them when they [came] to China. But I’m not a shareholder [and do] not work for them,” Liu said via WeChat messages.

The discrepancy came to light as Layer1 has been working to raise $50 million in senior secured debts since June, according to a separate term sheet seen by CoinDesk and confirmed by Layer1.

It appears only a relatively small part of the raised fund came from external investors at the time, as the recent pitch deck shows that “Layer1 founders have contributed over $23 million of [their] own capital so far to this Series A financing.”

Volatile assets
Investors are expecting more volatility in ether (ETH) compared with bitcoin (BTC), according to a key metric, CoinDesk’s Omkar Godbole reports. The three-month spread between ether’s volatility and bitcoin’s has risen to 29%, the highest level since Feb. 23, according to data source Skew. “Investors are focused on DeFi and mindful of a potential big move in ETH,” said Skew’s CEO Emmanuel Goh. Implied volatility does not tell us anything about the direction of the next big move.

‘Negative connotation’
CoinDesk’s First Mover further dives into the volatility conundrum. The three-month spread between ether’s implied volatility and bitcoin’s has increased to 29%, the highest in six months, they write. As recently as June 28, the spread was as low as -2.8%, meaning bitcoin had the higher implied volatility at that point. Volatility often carries a negative connotation because traders often consider it a barometer of risk. In this case the rising spread appears to indicate a wide range of expectations in how DeFi might ultimately affect usage of the Ethereum network and demand for the ether. Get the full story by subscribing here.

Aave overtakes
DeFi credit market Aave has pulled ahead of stablecoin mint MakerDAO for the title of most collateral staked on Ethereum, according to DeFi Pulse. Aave now has $1.47 billion worth of different crypto assets staked for credit lines, while MakerDAO has $1.45 billion in total value locked (TVL). This is only the second time that a project has had more “total value locked” (TVL) than MakerDAO, as measured by DeFi Pulse. In the recent surge of interest in DeFi, four projects have now broken $1 billion in assets as measured by DeFi Pulse at different times: MakerDAO, Compound, Aave and Curve, CoinDesk’s Brady Dale reports.

DeFi’s demise?
Donna Redel, a board member of New York Angels and Adjunct Professor of Law at Fordham Law School, and Olta Andoni, Adjunct Professor at Chicago-Kent College of Law and Of Counsel at Zlatkin Wong, think DeFi is playing a dangerous game. Drawing illusions to the initial coin offering boom, these prominent crypto lawyers see the industry’s “hottest” sector is flirting with regulatory violations. “We believe that, at a minimum, the industry needs self-regulation. Without it, it is on a trajectory to serious regulatory scrutiny and reputational risk… Calling a project an “experimental game” or an ‘innovation’ is not sufficient to take it out of the regulatory ambit,” they write.