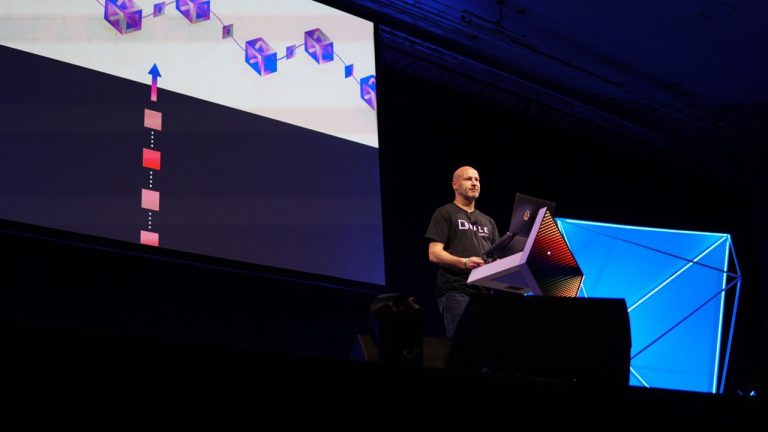 Ethereum development house ConsenSys is being backed by heavy hitters like Binance and Huobi to test its new “staking-as-a-service” offering, designed to make it easy for institutions to earn income from the next iteration of the second-largest public blockchain.

This first batch of participants will provide feedback and feature requests to Codefi as it builds out its Eth 2.0 staking API, which is targeted at large exchanges, wallet providers, custodians and crypto hedge funds. Existing Proof-of-Stake (PoS) blockchains such as Tezos, Cosmos and  Algorand won’t be supported.

However, as this year’s official starting point for the transition to Eth 2.0 nears, there has been interest in staking from across the board, said Tim Lowe, the product manager of Codefi Staking.

“We have also been talking to some of the newer banks, the kind of challenger banks in the space, and they are definitely interested,” said Lowe. “I think anybody who is holding any crypto assets and is aware of Ethereum generally is starting to look at Eth 2.0 and staking. It’s still early but the interest is there across the board.”

Ethereum’s gradual upgrade to Eth 2.0 moves the network from its more energy-hungry Proof-of-Work (PoW) consensus algorithm to PoS, a method of locking-in cryptocurrency in order to keep the network afloat. The upgrade also aims to shard the blockchain and massively scale up its transaction volume capabilities.

This gradual process, starting with an intermediate beacon chain, will result in two parallel chains – the existing Eth 1.x and Eth 2.0 – which will finally be merged together about two years from now.

Typically, the sort of feedback Codefi expects from the staking pilot participants will include variations around API integration, how to custody Eth 2.0 withdrawal keys, or preferences for a rewards-based fee or a flat fee based on the amount staked, said Lowe.

“With staking on Binance, users can receive staking rewards without needing to set up nodes, or worrying about minimum staking amounts, time lengths or any catches,” Binance CEO “CZ” Changpeng Zhao said in a statement. “Users deserve the rewards that their coins can earn them. With the eventual launch of Ethereum 2.0, we are excited to support staking for all of our ETH holders on Binance.”

Mirko Schmiedl, founder and CEO of Staking Rewards (a kind of CoinMarketCap for staking and DeFi), welcomed professional white-label solutions that exchanges and custodians can adopt and said the ConsenSys offerings seem to be open for everyone.

There are benefits and drawbacks when it comes to staking by exchanges and custodians, said Schmiedl.

“An exchange can allow trading of staked assets and effectively remove the impact of lock-up periods for their users through efficient liquidity management,” Schmiedl said. “Exchanges can also allow usage of staked assets as collateral for other applications as long as they happen within the confines of the exchanges. This could include things like margin trading, lending and supplying collateral for derivative trading. An exchange can also offer insurance for slashing events with relative ease.”

On the other hand, when users stake through a custodial entity, they delegate control over all rights associated with the asset, and there is always the risk that a large-scale hack could happen to an exchange.

“Even if the entity is regulated and instituted schemes that enable greater decentralization, for example, by enabling customers to choose validators they are staking with, the entity ultimately is in control and theoretically able to change rules or to abuse its power,” said Schmiedl.

Another downside is that assets on such a custodial platform will largely be limited to using that platform’s services. “It’s not possible to store a staked asset on Binance and then use it as collateral in BlockFi or Maker to take out a loan, for example. This dynamic might lead to increasing concentration among exchanges and reinforce the network effects of large exchanges,” added Schmiedl.

As such, a number of non-custodial staking solutions are emerging such as Stakewise, Rocketpool and StakerDAO. Meanwhile, solutions are becoming more sophisticated with the likes of Staked offering a kind of “robo advisor” for staking tokens on PoS networks such as Tezos.

Codefi Staking was built using Teku, an Eth 2.0 client written in Java by PegaSys, a Consensys engineering team with a sharp focus on enterprise (the PegaSys team are also behind the Besu enterprise client, which joined Hyperldger earlier this year).

“We chose Java because it’s just easy for enterprises and not scary for them to adopt,“ said  PegaSys researcher Ben Edgington. “The licensing is liberal Apache 2, which is easy for the enterprise to adopt. We also offer SLA [service-level agreement] support to respond swiftly to incidents.”

It will be possible to start earning staking rewards on the Ethereum beacon chain in the latter half of this year, said Edgington, but you won’t get access to those rewards until the eventual merger of 1.x and 2.0.

Lowe explained Codefi has yet to finalize what sort of cut it will take from institutions for supplying them with the necessary infrastructure and hand-holding to set up a staking operation.

“We hope over the coming weeks that we will finalize exactly what the infrastructure costs are going to be and from that work out the fees off the back of it,” said Lowe. “From a staking point of view, we are not going to be the cheapest, but we’re also not going to be the most expensive.”

To say ConsenSys is invested in Ethereum is an understatement. But as Lowe pointed out, the whole point of the yearslong move to PoS is the democratization of mining.

“The goal is to lower the barrier of entry and [countering] these kinds of centralization pressures whereby only people who can afford to put up a massive data farm somewhere with cheap power and cheap cooling can participate,” he said.