Tony Hetherington is Financial Mail on Sunday’s ace investigator, fighting readers corners, revealing the truth that lies behind closed doors and winning victories for those who have been left out-of-pocket. Find out how to contact him below.

Ms K. C. writes: I have been dealing with the Child Maintenance Service (CMS) for two years, and a combination of its incompetence and the fact that my former partner is in the armed forces, has made things awful. The CMS finally issued a ‘deduction of earnings request’, but the military refuses to comply. Apparently they can do this. My ex now owes more than £5,000 in arrears of maintenance for our son.

Last year, your former partner, who is serving in the Royal Marines, was earning £719 a week. Based on this, the CMS reckons he should currently be paying £73 a week for the support of his son. 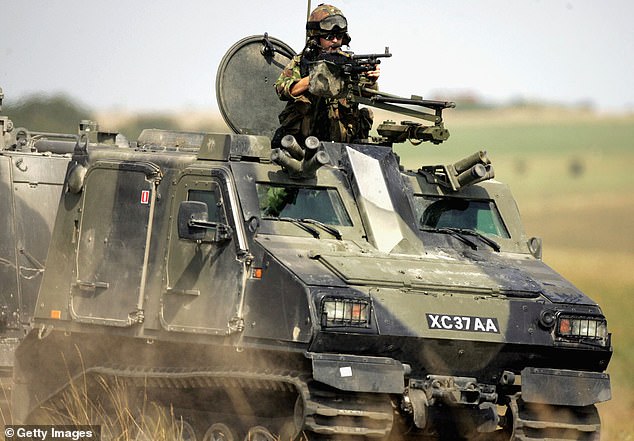 Rules: The MoD has its own agreement with the CMS

However, the payments he was making suddenly dried up last year. It is not quite right, though, to say that the military refused to deduct the money from his pay. But I do understand why you suspect this happened.

Members of the armed forces are not treated in the same way as civilians. The CMS has no legal power to enforce maintenance deductions from the pay of anyone serving in the forces.

The CMS sends a request to the Ministry of Defence (MoD), asking for maintenance payments to be collected. The MoD then contacts the paying parent and his commanding officer.

Your ex-partner has six weeks to respond to the MoD, and during this period he is interviewed by his commanding officer, who can tell the MoD if there are any military reasons why the deductions from pay should not be made.

This can result in quite a bit of delay if, for example, the member of the forces is away for operational reasons.

And on top of this, the MoD has the right to rule that members of the forces are entitled to a ‘minimum drawing rate’, ensuring their net pay does not fall below a certain level, regardless of what they should be paying as maintenance.

The MoD actually has a formal agreement with the CMS that covers the way it will honour – or not – child maintenance requests.

But a spokesperson told me: ‘The MoD continues to abide by the agreement we have in place with the Child Maintenance Service.’ So what went wrong with your claim? The MoD simply refused to say.

I had more success though, with the Department for Work and Pensions, which oversees the CMS.

Helpful officials there agreed to look back through CMS records, and they found a horrible slip-up late last year.

The CMS should have issued an up-to-date payment schedule to the MoD, but failed to do so.

In a nutshell, they sent paperwork to the MoD requesting deductions from your ex-partner’s pay, but without any detailed timetable setting out dates and amounts.

The missing timetable has now been issued and the MoD has confirmed that it has arrived.

It will be in force this month, and arrears of maintenance will be spread out and collected on top of the basic £73 a week. I understand you have also been sent £75 by the CMS as an apology for its mishandling.

A spokesman told me: ‘We apologise that an administrative error resulted in missed payments, and we have now made a deduction from earnings request to the Ministry of Defence in order to get payments reinstated.’

If you believe you are the victim of financial wrongdoing, write to Tony Hetherington at Financial Mail, 2 Derry Street, London W8 5TS or email [email protected]

Because of the high volume of enquiries, personal replies cannot be given. Please send only copies of original documents, which we regret cannot be returned.

The Insolvency Service has won a High Court order to shut down an online cryptocurrency trading company that cheated investors out of almost £1.5 million. GPay Limited, based in Slough in Berkshire, also used the names XtraderFX and Cryptopoint.

Investigators found that after customers responded to advertising by depositing funds for investment, GPay put up obstacles to block withdrawals.

There were no restrictions on depositing money, but anyone attempting to make a withdrawal was asked to produce photo ID, utility bills, debit or credit card details. Some were also told that withdrawals were not allowed until they actively traded with the funds, guaranteeing they would lose.

David Hill, a chief investigator for the Insolvency Service, said: ‘This was nothing but a scam, as GPay tricked their clients to use their online platform under false pretences, and no customer has benefited as their investments have been lost.’

I reported in March how one Mail on Sunday reader lost £8,000 to GPay, and was then robbed of a further £5,000 when the company said it would refund his credit card but instead used the card details to steal even more.

The Financial Conduct Authority put a warning on its website in 2018, saying that GPay was not authorised as an investment business, but it appears to have taken no other action to stop it.