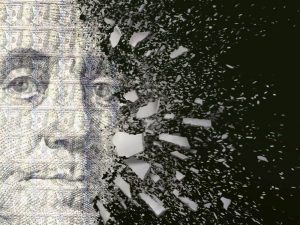 Although the decentralized crypto-asset exchange (DEX) sector is still in its early stages of development, it can be argued that there are some platforms that are beginning to take the lead when it comes to the number of digital assets they’re supporting.

Ethereum (ETH)-based Uniswap, a widely-used non-custodial crypto token exchange, has managed to maintain its dominance in the DEX space. Notably, there are more than 2,800 virtual asset markets that are now supported on Uniswap. That’s about 10x more than Uniswap’s competitors combined.

More than 2,250 unique markets have been launched on Uniswap, since its second version (V2) went live in May 2020.

However, there are many scam tokens that are now available on the permissionless, non-custodial exchange – which may be attributed to its open listing policy.

Uniswap allows users to list almost any token on the exchange by making a simple request via Github. The platform’s users are now recommending that the exchange needs stricter rules before listing new tokens, due to the large number of scams being carried out.

Opium, a decentralized derivatives initiative, recently warned that there’s a scam token, known as Opium, which has reportedly been trading under the OPM ticker. It managed to get listed on Uniswap even though the project doesn’t even have its own native token.

Defiprime also noted via Twitter that there’s a scam token called “DYDX” that suggests that it’s associated with the dYdX protocol, but this project does not have its own official token.

Uniswap can be described as a place for DeFi—automated market makers (AMMs). Unlike a more traditional platform that requires a designated market maker to ensure that the orderbook has enough liquidity, AMMs acquire liquidity from various individual users and execute it according to set rules.

Anyone can start earning by yield farming on Uniswap. Anybody can serve as liquidity provider on these DEXes, and there are no capital restrictions. It ‘s fairly simple to add liquidity to an AMM such as Uniswap.

However, it’s still fairly challenging to be a consistently profitable liquidity provider due to the highly technical nature of Uniswap and somewhat similar platforms like Balancer.