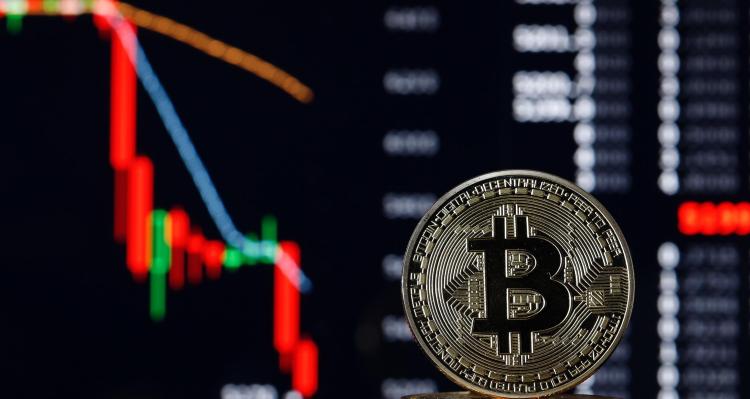 Over the last few weeks all eyes in the crypto world have been glued to the halvening, a nigh-religious moment in the blockchain realm. Every once in a while, the amount of new bitcoin mined — distributed to miners, the folks with fleets of computers powering bitcoin’s database, or blockchain — is cut in half. Why does that matter? It slows the rate at which new bitcoin is introduced to the world as the cryptocurrency marches toward its 21 million coin cap.

That’s to say that, while you weren’t looking, the world of digital tokens and currencies has marched along, maturing to some degree as cryptocurrencies and other blockchain-based services settle into slightly more predictable trading ranges.

The companies working in the crypto space are growing up as well, building out better, more sophisticated tooling for retail and institutional investors alike. FalconX is one such company, and today it announced that it has raised $17 million to date.

The crypto trading service — more on what it does in a moment — is backed by a legion of investors including Fidelity-affiliated Avon Ventures, corporate shop Coinbase Ventures, and a host of more traditional players including Lightspeed, Flybridge, Accel, Fenbushi, and Accomplice. Normally we’d curtail the list of investors to merely the most interesting, but in this case it felt reasonable to include them all, as the sheer number of capital shops that put up money for FalconX details that there is still niche and mainstream venture interest in at least some crypto-focused companies.

FalconX is also a company that anyone can understand, which probably helped. The company’s tech helps provide pricing information for cryptocurrencies, offering what it calls the “best” price for a period of time (seconds). That might sound somewhat simple, but it’s not; the crypto world is made up of a host of exchanges, is awash with fake trading volume and has a history of being pushed around by large accounts. To be able to offer a price, and hold onto it, is material.

The company is currently focused on institutional customers, which the company’s founders Raghu Yarlagadda and Prabhakar Reddy loosely described to TechCrunch as those with $10 million AUM (assets under management) and up. This likely makes KYC (know your customers) rules easier for the startup to follow.

FalconX makes money from trading fees, albeit in two ways. It offers either crypto prices with its fees included or on a fixed-fee model. Notably the firm says that crypto-native customers prefer the baked-in approach, while more traditional customers prefer the visible-fee method.

Either way, FalconX’s tech has found an audience. It has executed $7 billion in trading volume in the last 10 months (I asked about the seemingly odd time interval, which the firm explained as its most recent, fully-audited time period; it has seen more total volume during its life.)

That $7 billion volume result is likely why FalconX was able to attract external capital. And the fact that the startup appears to care about treating crypto seriously and not as a way to get around traditional banking regulations.

For example, after FalconX brought up anti-money laundering work during a discussion about regulation, TechCrunch asked the company how far it can look into its transactions to make sure that it isn’t accidentally helping bad folks get money. Yarlagadda responded, saying that “the future of regulation” in his space is “solving some of these problems and showing [them] to the [regulatory] agencies so that they get comfortable about the space.”

How is FalconX going about that? It uses “internal on-chain analytics” as well as third-parties to help get “context [into] which Bitcoin addresses, or Ethereum addresses, are associated with dark web or terrorist activities” to make sure that its trades are not winding up helping the wrong folks. This isn’t easy; the startup has to look through “six, seven hops” so that it can see if any money that goes through its service is suspect.

That seems pretty good, right? I found it impressive. Even more, after Yarlagadda joked that it’s not cheap to pay for the computing power needed to pull off that work, FalconX told TechCrunch that the expense counts as COGS. Neat!

There’s a fine line when covering anything blockchain-related between producing something that regular folks can understand, and writing something that the crypto-believing world won’t dismiss out of hand as insufficiently nuanced. Summing then, in case I swung too far towards the latter, FalconX built a pricing engine that allows big investors to make trades with more confidence. It gets paid when they trade and is processing lots of volume. That means its revenues are going up. And that’s why it raised more money.

The next question for FalconX is how fast it can scale volume. The faster it can, the more enticing it will prove to investors. And in time, if it does open up to more retail-sized traders, who knows, it could even become a household name.

At least in crypto.