EUR/USD. The U.S. economy is not just in recession. It’s flying down at a breakneck speed. The decline in US GDP in the second quarter was the largest ever recorded – minus 32.9%. The reasons for this fall are well known – these are quarantine measures caused by the coronavirus pandemic. The authorities hope they can stop the spread of COVID-19 without turning the economy to zero. Some states have managed to tighten quarantines without restricting economic activity and to achieve a smoothing of the incidence curve.

However, there are hopes and there is a reality – the same minus 32.9%, which plunged investors into a real shock, causing a simultaneous fall in both the US dollar and stock indices. While these two indicators were going in antiphase in spring – the USD index (DXY) grew, when the Nasdaq and the S&P500 fell, and vice versa, now they all fell.

In contrast to the United States, things in Europe turned out to be not so bad, as evidenced by the macroeconomic indicators published last week. Germany’s GDP fell by only 10.1% in absolute terms, and in the Eurozone – by 12.1%, the data on GDP and consumer spending of France, as well as retail sales in Germany look rather optimistic, which contributes to the strengthening of the European currency.

The EUR/USD pair is growing for the third month in a row, the strongest strengthening since 1998 and the sharpest upward jump in 10 years. In July alone, the euro strengthened against the dollar by 725 points (5.6%), which has not been observed since September 2010. As a result, the pair reached a local high of 1.1908 on Friday 31 July, followed by a pullback on the wave of the monthly profit fixing, and it ended the session at 1.1775;

GBP/USD. Following the EUR/USD, the pair continues to strive up. Over the past week, the pound has slipped the dollar by 380 points, and has almost reached 1.3200, stopping at 1.3170. Then, just like in the case of the euro, the July profit was fixed, and the finish was at 1.3085;

USD/JPY. The Japanese currency has been strengthening its positions for almost the entire week. A particularly noticeable move occurred on Thursday, July 30, following the release of dismal US GDP data. At this point, the pair almost came close to the 104 yen to the dollar mark. However, there was a sharp reversal of the trend on Friday, and it returned almost where it started the five-day period. The final chord was played at 105.90. And thus, the change in the quote for the week was only about 20 points;

cryptocurrencies. What everyone has been waiting for since mid-May, when bitcoin was halved, finally happened. Bitcoin broke through the level of $10,000 in a powerful snatch and stopped, only reaching the height of $11,365, then moved into a sideways trend with gradually fading fluctuations, choosing as Pivot Point the horizon $11,000.

Experts cite the continuing fall of the dollar and the beginning of the fall in stock markets as the reason for the growth of the main cryptocurrency. The dollar has ceased to play the role of a defensive asset, which it was this spring, in the midst of the panic caused by the COVID-19 pandemic, and investors again turned to such traditional instruments as precious metals, and at the same time to the “digital gold” – bitcoin.

The BTC/USD pair ceased to correlate with stock indices and returned to the correlation with XAU/USD. This has once again shown that big institutional investors see BTC only as a “supplement” to core financial assets. It is difficult to argue with that, because even the total capitalization of the crypto market, which has reached $330 billion, is a drop in the ocean compared to traditional markets.

So, over the past week, the capitalization on the high-rise has grown by $44 billion, or about 15%. The Crypto Fear & Greed Index has jumped to 75 (53 a week ago), matching the coin being heavily overbought and pointing to a possible correction.

In its quest to upward, the main cryptocurrency has pulled the top altcoins, which show even greater growth than the “mother” asset: bitcoin (BTC/USD) 17%, ripple (XRP/USD) 19%, ethereum (ETH/USD) 21%, litecoin (LTC/USD) 30%. In the long term, experts assess Ethereum’s chances above all else. With a 75% probability, this coin could rise in price to $400 by the end of the year.

The growth of the crypto market has certainly become the main news of the week, but there are other that may play a significant role in the future. So, a Federal Court in the United States has finally recognized bitcoin as money. This was stated by Chief Justice of the District Court of the District of Columbia Beryl Howell, considering the case of Coin Ninja CEO Larry Dean Harmon, accused of laundering $ 311 million. She noted that the concept of money “usually means a means of circulation, a method of payment or a means of saving. And bitcoin is those things.” Recall that the US has precedent law, and such a judge’s decision can have far-reaching consequences.

As for the forecast for the coming week, summarizing the views of a number of experts, as well as forecasts made on the basis of a variety of methods of technical and graphical analysis, we can say the following:

EUR/USD. Fed officials acknowledged last week that the pace of recovery in the U.S. economy is directly dependent on the epidemiological situation. Naturally, the same goes for Europe. However, despite the fact that in order to make any decisions, European politicians each time need to reach a consensus, it is difficult, but they manage to do it. Quarantine measures taken by the leaders of individual EU countries, in total, turned out to be much more coordinated and effective than in the United States, which has a direct impact on the economic situation. It is evident that America feels noticeably worse than Europe, which is reflected in the EUR/USD pair rate.

75% of trend indicators on H4 and 100% on D1 are painted green, as well as 85% of oscillators on both timeframes. Also, 45% of experts are expecting the continuation of the euro growth, supported by graphical analysis on D1. The target is an important psychological level 1.2000, after breaking which in the medium term the road to 1.2500 will open.

Although, referring to September 2017, we see that after reaching the level of 1.2000, a deep two-month correction to 1.1550 followed, and only after its completion the pair reached the height of 1.2500.

Of course, there was no coronavirus pandemic three years ago and things may now go according to a different scenario. However, according to 55% of analysts, the dollar should not be written off. And as far as the immediate outlook is concerned, they believe the pair could drop to the 1.1650-1.1700 zone, which is confirmed by graphical analysis on H4 and 15% of oscillators that signal it is overbought.

As for the coming week, we should pay attention to the indicators of the ISM Business Activity Index in the US manufacturing and services sector (to be published on August 03 and 04, respectively), as well as to the labour market data (NFP), traditionally published on the first Friday of the month.

It should be noted that in the medium term, the overwhelming majority (80%) of experts expect the US to improve and the dollar to return to 1.1000-1.1300;

GBP/USD. Unlike EUR/USD, the pair being overbought signals here are given by significantly more oscillators: 15% on H4 and 35% on D1. Graphical analysis on H4 looks south as well. But the trend indicators – 90% on H4 and 100% on D1 – are still pointing north.

Among experts, the majority of votes are given to bears – 60% on W1 and 80% on MN – indicating markets are uncertain about the strength of the British currency. Indeed, despite some lull, the problems associated with Brexit have not gone away.

Some clarity regarding the state and prospects of the UK economy can be given on Thursday, August 06, when the Bank of England will meet, its monetary policy report will be published and the decision on the interest rate will become known. Also, of interest to traders and investors is the subsequent speech of the head of the Bank of England Andrew Bailey.

USD/JPY. 60% of experts supported by graphical analysis on H4 believe that the pair will try to test the 104.00 level once again in the next few days. And it will not succeed and will return first to the area of 106.00 within a month, and then rise even higher – to the zone 106.60-108.00. According to the remaining 40% of analysts, there will be no attempt to re-break south, and the pair will immediately strive to the height of 108.00.

After the forward and reverse movement of the pair last week, there is complete confusion among the indicators on H4. But the D1 is still dominated by red, 80% of oscillators and the same number of trend indicators are painted in it;

cryptocurrencies. According to Glassnode specialists, after the price overcame the psychological barrier of $10,000, miners began to hold on to most of the bitcoins they mined. This can create a certain deficit in the market and contribute to the growth of quotations.

According to billionaire Max Kaiser, founder of Heisenberg Capital, the main cryptocurrency should break the previous record of $20,000 and rise in price to $28,000. True, there are also those who disagree with this forecast. “Bitcoin is attractive for investment. Nevertheless, an update of highs in the region of $28,000, which Kaiser designated, is unlikely, – retorted the billionaire of the Data Center Six-Nines Sergey Troshin. – As usual, the first hype is the most powerful, the other hypes are already lower. Perhaps when bitcoin reaches the $17,000-$18,000 mark, many will start fixing profits, waiting for a correction,”

An even more modest forecast was given by analysts at Bloomberg. They believe that if the number of active user addresses does not change, the bitcoin’s target will be the 2019 high, $12,734.

As for the average forecast of analysts, 60% of them expect a correction in the near future and a decline of the pair to the resistance of $10,000. The remaining 40% agree with the Bloomberg forecast. At the same time, the most cautious experts do not tire of reminding about the volatility of crypto trends. Thus, the launch of futures in December 2017. became the starting point of crypto winter, and after impressive growth in the first month and a half of 2020 bitcoin collapsed to $3,830, jeopardizing the existence of all of the digital currency market.

But there is also good news for those who fear a similar apocalypse. One of the veterans of the bitcoin industry, the Abra platform has added the feature to earn on deposits in cryptocurrency and stablecoins. According to the company’s website, TrueUSD (TUSD), Tether (USDT) and USD Coin (USDC) are the most profitable – 9% per annum. The annual return of deposits in bitcoin and ethereum is 4.1% and 4.0% respectively. The rates offered by Abra are indeed higher than bank interest on deposits in dollars or euros, which is good news. But the question arises about the reliability of these deposits – in a conversation with The Block, Abra representatives said that rates will be revised weekly. And it will be very sad if they go down to zero or go into the negative zone altogether. 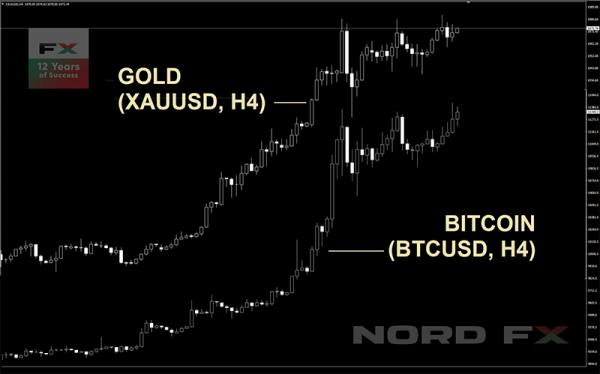