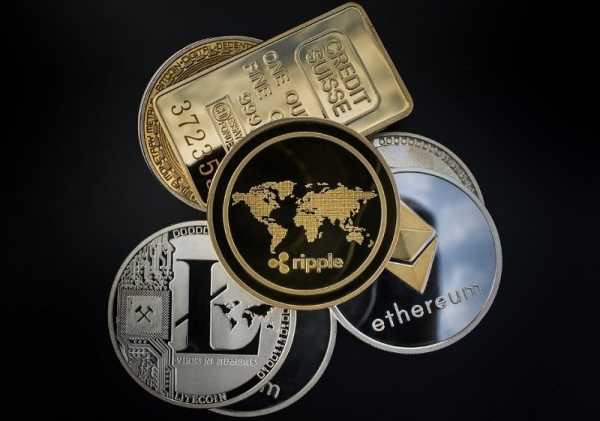 At the time Nicholas Vardy made this statement, the cryptocurrency markets were not in existence. You literally had to open multiple trading accounts with various brokers across the world to chase such opportunities. But the coming of cryptocurrency brokers changed the game and validated Vardy’s proposition. They brought the opportunity to open accounts and trade universal assets from anywhere in the world, with no regulatory-backed prejudices as to who could or could not participate in the market. Borderless trading became a reality, and it was now genuinely possible to seek the crypto bull markets where they could be found.

In many ways, Vardy was right, as the cryptocurrency markets found themselves as the primary destination for desperate traders in March and April 2020. During these times, the cryptocurrency markets began to see surging volumes, as traders who had lost money in other markets tried to recoup them from the strong performances of Bitcoin, Litecoin, Ripple and other cryptos. At those times, exchange trading volumes posted new records as public participation increased.

However, the tide seems to have changed in just three short months. With Bitcoin struggling to get past the $10,000 mark, and with stock markets across the world greatly benefiting from the stimulus packages of central banks, Bitcoin exchange trading volumes have started to drop once more.

According to the latest data from a UK-based data company that specializes in crypto market statistics (CryptoCompare), the top exchanges witness a 36% drop in trading volume in June 2020. That was not all. Other crypto derivatives platforms have seen a decline of more than 35.7%, representing $393 billion in trading volume in the same month. Thus crypto derivatives platforms and exchanges have experienced some of the lowest trading volumes in 2020 on a month-over-month basis.

There is also another way to gauge the volume changes that have occurred in recent times on the charts of Bitcoin and other crypto derivatives. The Average True Range indicator (ATR), which shows the range of movement of an asset in any given day, is one tool that can gauge whether an asset has low trading volumes or not. Higher volumes produce greater volatility and therefore, higher ATR readings. The reverse is the same: lower volumes generate lower market volatility and lower ATR readings. If you look at the ATR for Bitcoin in June, it was not only half of its previous ranges in March/April 2020, but had also dropped to levels that were slightly above its lowest reading for 2020.

The lower volumes seen has cut across the top exchanges and platforms, as well as those exchanges classified as the lower-tier exchanges. This could explain why retail money has left in droves. But is this all that there is to it?

What’s Next for Bitcoin and Other Crypto Derivatives?

As discerning investors with a mind of using the statistics to our benefit, we need to understand what these trading volumes mean and how they will affect the market trends for Bitcoin and other cryptocurrency derivatives.

Generally speaking, the cryptocurrency market is still at a stage where retail traders drive most of the trading volumes. These are those who drive the phase of public participation, according to Charles Dow, who first defined the components of a trend. As it is, many of these traders have either entered the HODLers paradise (i.e. have opted to hold their positions as opposed to actively trading them) or have moved their money elsewhere. This is partly responsible for the lull seen in cryptocurrency prices in June.

But after the lull period comes a period of activity, with prices either surging or undergoing a selloff that drives prices lower. Many of these instances occurred in 2019. Usually, a whale who may have accumulated Bitcoin or other cryptos such as Litecoin, Bitcoin Cash or Ripple at a lower/cheaper price, may then decide to sell a large chunk of such holdings for a profit. This action usually triggers panic among retail traders who are still holding, and they start to sell, further accentuating the selloff. Sure enough, when prices have fallen far enough, we see another whale or an institutional player coming into the fray to snap up these cryptos at what can be considered as bargain prices, sending price back up.

This process also works in reverse. A whale could make a mass purchase and drive up prices, but more importantly, wake up the neutral retail traders who have been sitting on the fence and get them to join the fray. This increase in public participation then drives prices even higher, allowing the positions of the initial whale buyers to get into massive profit territory.

The lull forms when no new money is available to buy new positions at prices that are now expensive, and then the whales start to dump their cheaply acquired cryptos at high prices, making huge profits in the process. Of course, this ends up triggering a price fall, more selloffs, and drags down more panicked HODLers among the retail participants, and continues the cycle all over again.

This is a time-tested and proven market sequence which can be predicted to some extent using trading volumes. If you look at the charts, Bitcoin, Litecoin, Ripple and several of the top cryptocurrency CFDs are all trading in a range. It seems as though the markets may be in for a storm after the present calm.