Unlike, say the US dollar, cryptocurrency issuance and transactions aren’t controlled by a central organization. Instead, a group of computers known as a blockchain all work together to secure and operate the network. Consequently, this makes blockchain networks far safer than traditional systems because there is no centralized attack vector.

In this way, cryptocurrencies provided the world with one of the first successful alternatives to government-backed currencies. In the case of cryptos, such as Bitcoin, a combination of private and public keys enables p2P cryptographic transactions via a distributed ledger.

The History of Cryptocurrencies

The history of cryptocurrencies starts in 1998. At that time, the internet was gaining popularity. However, it would still be nearly almost half a decade before high-speed became popular. Interestingly, it’s recorded that a computer engineer by the name of Wei Dai first introduced the concept of cryptocurrencies via his B-money concept. In the paper, he proposed a digital form of money that utilized a privacy protocol to create an anonymous cash system.

Later in the year, another, now well-known programmer by the name of Nick Szabo introduced the BitGold concept. Szabo felt that decentralization needed to be at the core of any digital currency to prevent centralized manipulation. Sadly, neither of the projects made it to the market. However, they did inspire the infamous creator of Bitcoin – Satoshi Nakamoto.

One of the main hindrances to the development of a reliable form of digital money was the problem of double-spending. Double spend is when a hacker uses the same digital currency more than once. It’s a huge issue that boggled some of the most advanced computer minds of the time.

To create a reliable digital currency, someone would need to figure out how to make a digital asset that was, somehow, usable only once. Additionally, it needed to be impossible to duplicate or counterfeit to serve its purpose. The issue of double-spending isn’t a concern for the traditional financial system because banks utilize third-party verification systems. Additionally, they operate a centralized system that allows edits, refunds, and corrections.

In 2002, now famous Bitcoin programmer Adam Back began to unravel parts of the double-spend mystery. He proposed some form of system to ensure that each network participates played their part. Specifically, Back proposed that Hashcash utilize a decentralized system that required users to complete a difficult mathematical equation to process a transaction.

Importantly, this strategy cut down on malicious intentions because it required a hacker to utilize a huge amount of computational power to gain entry into the network. This new form of network consensus became known as the Proof-of-Work (PoW) algorithm. Today, PoW algorithms are found in all types of cryptocurrencies.

Bitcoin Changed Everything – What are Cryptocurrencies?

In 2008, Satoshi Nakamoto introduced the world to its first cryptocurrency – Bitcoin. Bitcoin was a major milestone for many reasons. It marked the first succesful decentralized cash system to function utilizing a “Non-trust based system.”

Instead of a centralized network, Bitcoin relies on an international network of transaction validators known as “nodes” or “miners.” A node’s main purpose is to secure the network through the validation of “blocks” of transactions. In the case of Bitcoin, these blocks appear every ten minutes and contain 1MB of data.

Importantly, all the nodes validate transactions, but only one gets to add the block to the chain of transactions forming the “blockchain.” For his help in the inspiration, Satoshi gave a nod to Adam Back’s HashCash project. He spoke on his previous work in his communications when he stated  “we will need to use a proof-of-work system similar to Adam Back’s Hashcash.”

Critically, each block in a blockchain contains portions of the hash from the previous block. Each block also contains a timestamp. In this manner, a blockchain is really just one long mathematical equation. Consequently, this strategy makes blockchain networks incredibly difficult to hack.

For one, you would need to recalculate the entire blockchain from the start which would require a ton of computational power. Additionally, you would need to hack over 51% of the blockchain to ensure that your new blockchain is approved by validators. In the case of Bitcoin, that equates to hacking over 150,000 computers simultaneously. Consequently, it’s would cost more than the value of all Bitcoins to hack the network.

Miner Rewards – What are Cryptocurrencies?

The first node to complete the SHA-256 algorithm gets to add the next block to the transaction chain and receives a reward for their mining efforts. Think of this reward as a refund for the computation and electrical contributions put into the network. Originally, this reward was 50 Bitcoin. Of course, back then, Bitcoin was worth only pennies. Today, the block reward is 6.25 coins per block. At today’s pricing, that is just around $60,000 worth of Bitcoin.

Intelligently, miner’s rewards automatically decrease by 50% every 210,000 blocks. On average this halving occurs approximately every 4 years. The first halving transpired on November 28, 2012. The second halving took place on July 9, 2016. Lastly, the final halving to occur happened just this year on May 11, 2020.

Mining rewards also serve another purpose within Bitcoin’s ecosystem. Crucially, it’s the only time new Bitcoin is introduced into the blockchain. In this way, Bitcoin provides a predictable monetary supply that can’t be manipulated such as with central bank currencies.

Additionally, because Bitcoin is finite with only 21 million slated for release, it enjoys growing scarcity as time passes. Currently, there are already 87.68% of Bitcoin mined. That equates to 18,413,369 BTC in circulation today. Of these coins, about a million reside in Satoshi Nakamoto’s wallet. These coins haven’t moved since Nakamoto first mined them during the early days of the coin’s release.

October 31, 2008, is the date that Satoshi Nakamoto chose to change the world forever. It’s on this day that he first published the Bitcoin Whitepaper. In the paper, he gives insight into his concept and how he solved the double-spend problem.

Two years later, Bitcoin took a major leap into the economy after the first real-world purchase occurred. On May 2, 2010, an early Bitcoinist by the name of Laszlo Hanyecz made Bitcoin’s first real-world transaction. He ordered two pizzas from his local Jacksonville Florida shop.  The price he paid for those delicious pies and a slice of Bitcoin history was 10,000 Bitcoin. That’s around $90,000 in today’s market.

By March 2010, the first crypto exchange entered the market. The now-defunct platform went by the name bitcoinmarket.com. It allowed users to buy, sell, and trade Bitcoin. The same year, the now infamous Mt.Gox crypto exchange took trading to the next level. 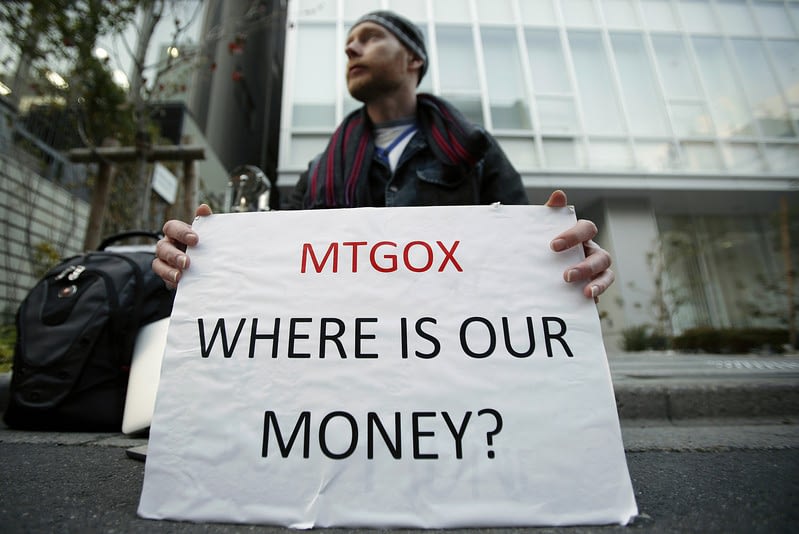 No one can say for sure if Satoshi Nakamoto predicted the birth of the crypto market, but it wasn’t long after his invention that the advent of crypto exchanges led to the development of other popular cryptocurrencies. At first, these cryptos resembled Bitcoin with a few minor tweaks, such as larger block sizes.

A perfect example of these early cryptocurrencies is Litecoin. According to Litecoin’s creator, Charlie Lee, he developed the token to serve as silver to Bitcoin’s gold. As such, Litecoin shares the same cryptographic functions as Bitcoin albeit with some miniscule changes.

By 2013, there were ten major cryptocurrencies trading in the sector. It’s here that you see cryptocurrencies begin to emerge with more functionality and alternative purposes in the market. For example, the introduction of Ethereum brought smart contracts to the forefront of the crypto space.

Smart Contracts – What are Cryptocurrencies?

Smart contracts feature preprogrammed protocols that execute upon receiving a specified amount of cryptocurrency. These automated protocols provided crypto users with advanced options. As such, Ethereum ushered in a new age of functionality in the crypto realm. Today, smart contracts reside at the core of the crypto sector.

Another example of the shifting landscape of the cryptocurrency sector is Ripple. This early cryptocurrency entered the market with a very unique strategy. Unlike Bitcoin, which many see as a means to replace the current financial system, XRP is meant to provide banks with access to blockchain technology and all of its advantages.

In December 2017, Bitcoin reached an all-time high of around $20,000. It was here that scalability concerns reached a fevered pitch. The huge influx of Bitcoin users had left many in the crypto sector to state that Bitcoin was unable to full fill its primary purpose as a “peer-to-peer electronic cash system.” These concerns eventually led to various hard forks and the development of the Lightning Network.

Hard Forks are often controversial in the market. For example, Bitcoin Cash came as a result of a split in the Bitcoin community regarding an increase in the block size from 1MB to 2MB. Even after the hard fork, tensions still remained high in the community as many believed that the team from Bitcoin Cash wanted to hijack Bitcoin. Reversely, Bitcoin Cash supporters argued that Bitcoin was failing in its current state to serve its primary purpose.

Alternatives to the PoW Algorithm

As more cryptocurrencies emerged, so did alternative ways to secure blockchains. Notably, the Bitcoin PoW consensus system utilizes an incredible amount of computer processing power. Consequently, the entire network requires a huge amount of electricity to function. In the past, studies have shown that Bitcoin uses more power than some countries.

This power consumption led to the development of other, less power-hungry options such as the Proof-of-Stake (PoS) consensus mechanism. In a PoS system, users receive rewards for keeping a certain amount of their cryptocurrency in a network wallet. These “staked” coins help verify the status of the network. Importantly, the more coins you stake, the more transactions you validate.

This strategy works well because it would require any hacker to stake a large amount of cryptocurrency to enter the network. As such, they would be forfeiting all of their funding if they were to then attack the blockchain responsible for securing their staked tokens. Notably, Ethereum plans to convert over to a PoS consensus system by the end of 2021 according to developers.

Cryptocurrencies in the Future

Cryptocurrencies continue to revolutionize the concept of money. You can expect to see these unique financial instruments take center stage in the coming years as many of the world’s most powerful fiat currencies appear to be mathematically unsound. For now, the world still debates on how to handle these new-age currencies with new regulations emerging monthly.